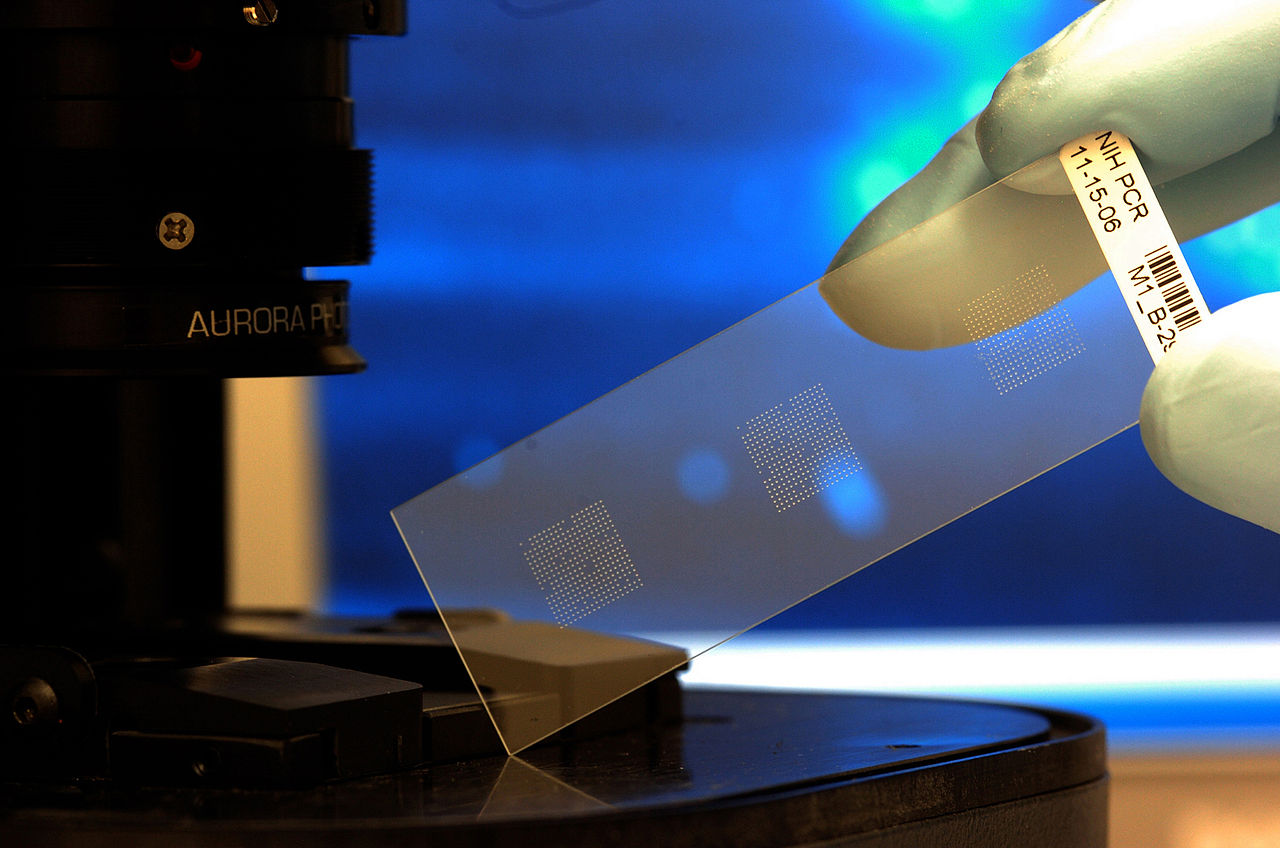 DNA is the best, most efficient and most powerful memory storage unit we know of. All the data necessary to create an organism are stored in DNA using just four basic building blocks: adenine, guanine, thymine and cytosine.

As computer technology has progressed through the 20th and 21st centuries, the ultimate computer engineering challenge has been decreasing the size of the computer chip while increasing the computational power. While the transistor, the basic building block of a computer chip, has been decreasing in size almost every year since its development, scientists have had a much harder time engineering a way to decrease the distance between individual transistors.

Current transistors are now only atoms large, and spacing is rapidly becoming the critical limiter of computer chip sizes and functionality. But, unlike transistors, biological molecules are able to pack much more densely together. DNA is the ultimate example of this. Scientists have speculated that DNA-based circuits are the answer to solving today’s challenges in computer miniaturization. That being said, no reliable evidence has been shown to demonstrate the flow of electricity through long DNA molecules.

Recently, however, an international research team led by Professor Danny Porath of molecular biomedicine from the Hebrew University in Jerusalem has made quantitative measurements of electricity flowing through molecules made of four DNA strands, a significant and reproducible breakthrough which may help pave the way for the development of molecular electronics. The research team hopes their findings will spark interest in the development of DNA-based devices and programmable circuits based on them.

Of course, the most obvious applications of DNA and other biomaterial based circuitry are to improve speed, decrease size and further development of today’s computers, smart phones, tablets and other electronic devices. However, by using biological circuits to create bio-computers, bio-engineers hope to put the devices to different uses. Their goal is to integrate small bio-computers into cells, reprogramming them at their very basic level. Cancer cells could be reprogrammed not to divide and multiply; stem cells could be programmed to grow into needed organs. Like DNA-based circuitry, this dream has yet to become a reality, but researchers continue to make strides toward solving each problem encountered along the path toward development.

Currently, the biological computers nearest to their silicon chip based predecessors suffer from a “leaking” problem. In a silicon chip, current can be turned “off” or “on,” causing electrons to flow or not flow, and these current states can be read as the binary 1 or 0, which drives computer language. These states can be switched almost instantaneously. But a biological chip can be passing current, not passing current, or passing some small, middling amount of current that can neither be read as a 0 or a 1. This is what engineers call leaking, and it has plagued bio-engineers for decades.

Nicolas Lapique, a researcher from the Department of Biosystems Science and Engineering at ETH (Eidgenössische Technische Hochschule-Swiss Federal Institute of Technology) in Zurich, Switzerland has developed a circuit that can control biological sensors by use of a timer feature. Although this is still not a fully functioning bio-computer, Lapique and the research team at ETH have tested their bio-sensors on cultures of human kidney cells and cancer cells, and are looking to further develop the sensors for use in a bio-computer that would be able to detect and then kill cancer cells in a human. The goal would be for these bio-computers to execute a self-destruct sequence on a cell detected to be cancerous, while leaving healthy human cells completely unaffected.

Currently, the field of biological and DNA based computers is still a vision more than a reality, but significant strides are being made toward making these futuristic devices not only a reality, but an everyday part of our lives.