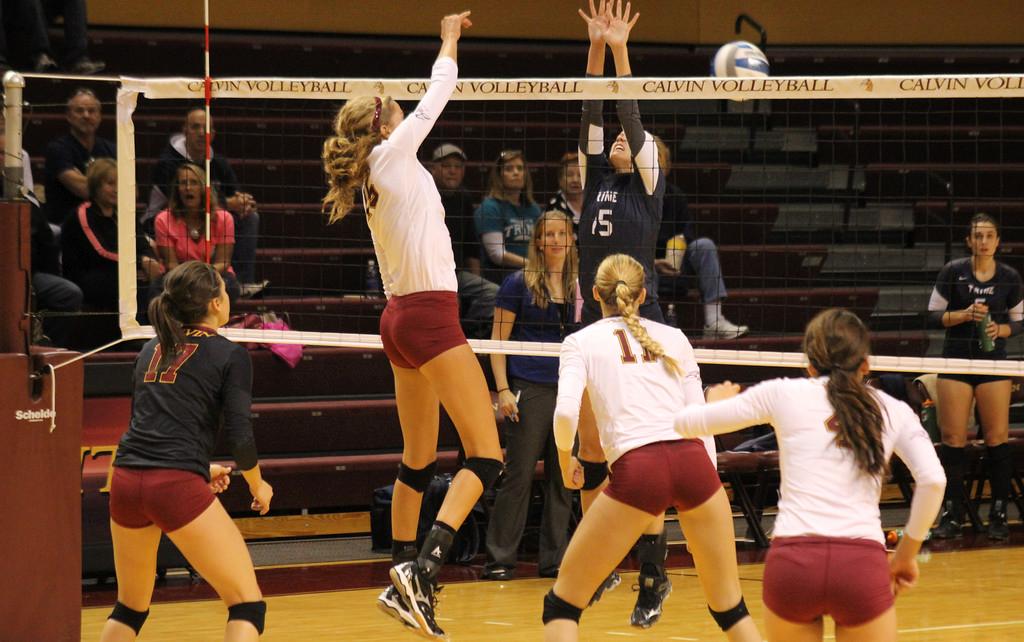 Trine entered the postseason with a 24-5 regular season record, only losing one match. Despite being ranked the top team in the nation, Calvin coach Amber Warners never took the competition for granted.

“First of all, I want to tip my cap to [Coach Jamie Wozniak] and her team. I thought it was an incredibly defensive battle with lots of long rallies.”

Junior Maggie Kamp and sophomore Laura Danhoff both managed 15 kills, but both players were frustrated with the defensive display.

“They were quick and scrappy,” said Kamp. She added, “It’s not about kills at this point in the season, it’s about the final score.”

Serving was as much a tool as it was a downfall for the teams. Trine had 11 service aces and only six serving errors while Calvin had six aces and nine errors.

“I definitely think this match made us a better team,” said Lodewyk. “After coming back from a deficit like that and really fighting and having to lift each other up, I think we all grew from that. Just having intense games like this makes us more excited for the next intense game.”