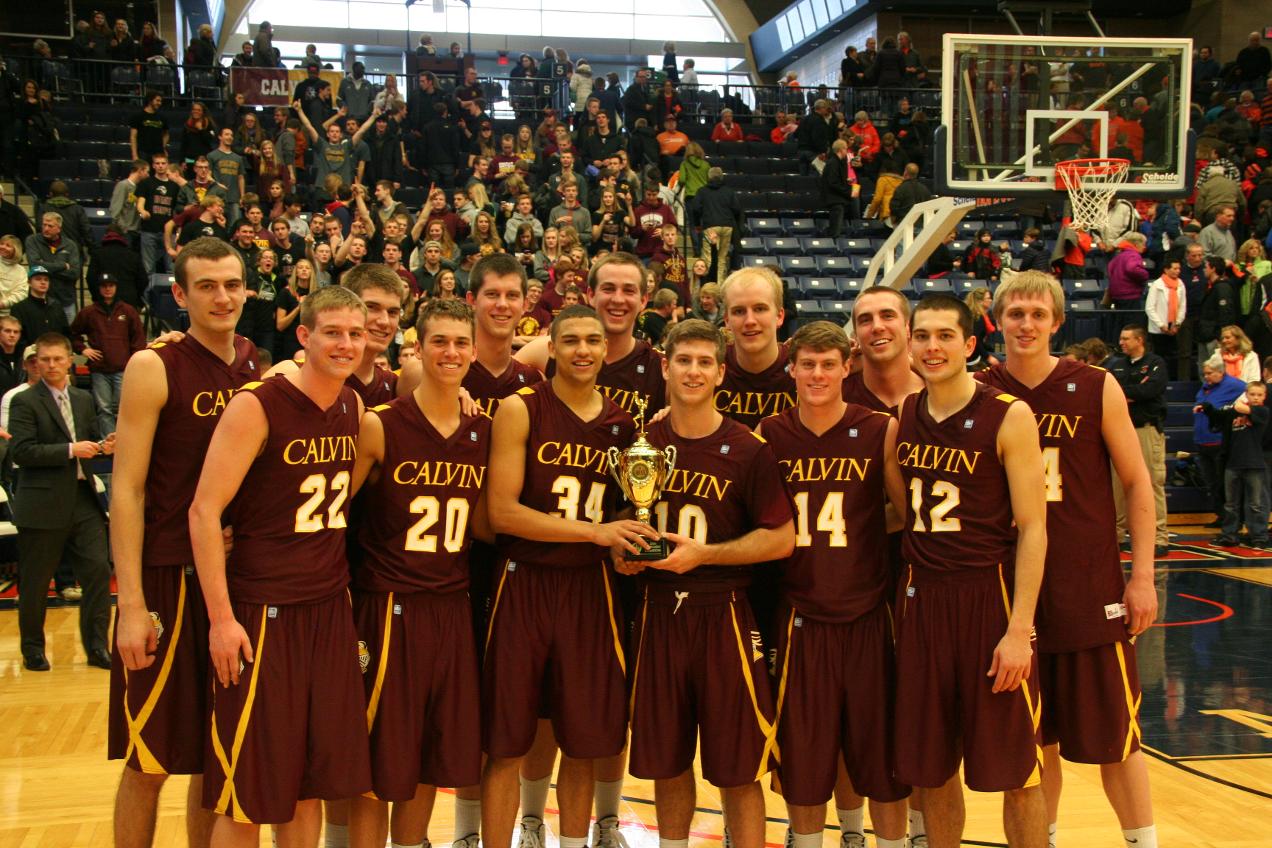 After losing two starting post players and dealing with injuries early on, the Calvin College men’s basketball team needs to make adjustments to achieve its goals for the upcoming season.

“This year’s team is different from years past in that we will not be driven by scoring in the low post but rather by spreading the floor and attacking the basket,” explains head coach Kevin Vande Streek.

Calvin will start the season with nine underclassmen on its roster without seniors TJ Huizenga and Dan Stout due to injuries. In order to adapt to playing with a young team and adjusting its offensive play, the team plans to capitalize on its versatility and athleticism.

“We will be pretty quick and long. Defensively, we can play in the passing lanes and alter the opponents’ shots. We have a lot of guys who can score for us any given night. We won’t have to be too reliant on only certain people to score the ball,” says senior TJ Huizenga.

The team has set goals of winning 20 games in the regular season, winning conference and contending for the MIAA championship this February.

“Coming off two sweet sixteen losses, I believe our team feels we can play with anyone in the country. Although we are going to take it game by game, I think most of us are really wanting to make a trip to the Final Four and winning the National Championship. We still have a long way to go though,” says junior Austin Parks.

Vande Streek believes his team will come out stronger and show great improvement during the upcoming season through overcoming injuries and playing with a more experienced team. The team plans to accomplish its goals and progress steadily by focusing on refining its fundamentals day by day in the gym.