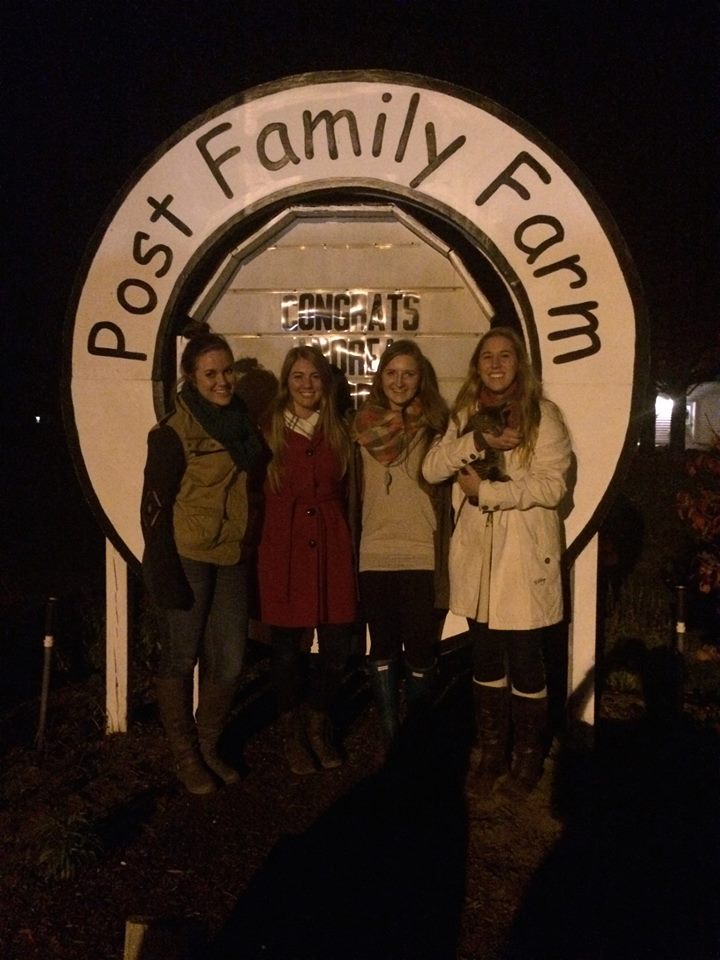 For Calvin students, most Saturday nights do not involve getting to hang out on a farm, but that’s exactly what students were able to do at Nite Life’s second event of the semester.

On Oct. 25, Calvin students went out to Post Family Farm for Nite Life’s Fall Fest, where they enjoyed a corn maze, hayrides and square-dancing as well as apple cider and donuts.

The annual event allowed students to venture from campus and explore the small family farm where the festival took place. Fall Fest was a hit with students like freshman Jen Streelman.

“I love to get off campus with my friends,” said Streelman. “This event was a great way to do that. Grand Rapids is a fun city to explore, but going out to the country was a nice change of pace.”

For an entrance fee of $2, students could go on a hayride, explore the five-acre corn maze and go on a zipline or giant slide. With an additional fee of $1, students could have apple cider and homemade pumpkin donuts.

“I thought that the event was very reasonably priced for the activities that were there,” said Meghan Deckinga, sophomore. “There were a lot of different options for everybody there.”

“The hayride was a lot of fun,” said first-year student Brianna Shaw. “And the maze was so cool in the dark. They did a great job of having a wide range of traditional fall activities. Also, the donuts and cider were amazing.”

Fall Fest featured several bonfires where students could make their own s’mores. Square dancing was also offered in one of the farm’s barns. Students like first-year Katie Hoerle enjoyed trying out their dancing skills.

“It was so much fun even though I didn’t know what I was doing most of the time,” said Hoerle. “Getting to dance in an old fashioned barn made for a great atmosphere. It’s so much fun to get to do fall activities on a farm.”

This year was Nite Life’s second year organizing the Fall Fest. Weekend programmer Laura Steele helped with some of the organization of the event.

“The goal for Fall Fest was to celebrate fall,” said Steele. “It allowed students to get together off campus.”

Post Family Farm is a 30-minute drive from Calvin College in Hudsonville and is owned by Bill and Etta Post. Calvin did not provide transportation to the event for students. The lack of transportation might have been an issue for some students, but the Nite Life event organizers tried to solve the problem by posting carpool signups in the resident halls.

“It was cool to see people doing activities in a non-school setting for a change,” said Kayla Bosma, a first-year student. “It’s always fun to see the Calvin community interacting in a setting that isn’t on campus.”

“The Fall Festival was a way to broaden students’ view of Grand Rapids,” said Steele. “I think it also broadened the sense of community among students.”