Swimming and diving set to kick off new season 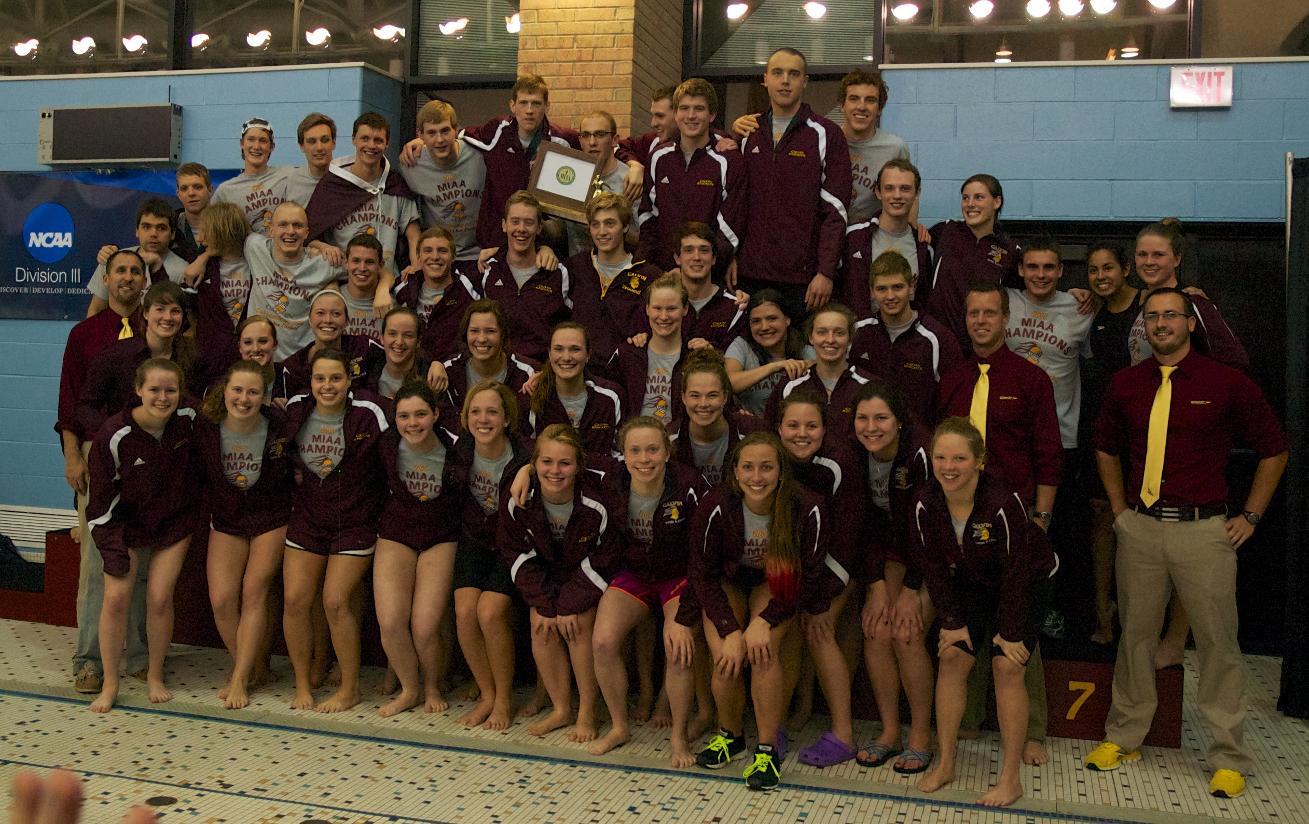 Men’s and women’s swimming and diving will soon open up the 2014-15 season looking to defend their MIAA titles. Last year’s titles were the first ever for the men and 13th for the women.

The two teams are returning eight members from last year’s All-MIAA teams, including five men and one woman who advanced to the NCAA DIII tournament.

Senior men’s swimmer Alex Baumann was a part of the 400 freestyle relay team that contributed points to a 21st place at the NCAA DIII Championships for the Knights. Baumann outlined the goals for the team:

“Our coach, Dan Gelderloos, always encourages us to make the team ‘one year better’… These past few years we built a team to win a championship; now that we have accomplished that we can look forward. Our goal is obviously to win the MIAA again as well as return as many people as possible to nationals, but also to become a better team in and out of the pool. That entails building a basis for critiquing each other on personal, athletic and academic goals.”

Becca Mumby, a senior diver for the women’s team who competed in NCAA DIII Regionals last year, talked a little bit about how this year the girls swimming and diving team members will do more together in order to become closely knit for this year’s season. She added that doing workouts together and asking each other about goals will be part of the process.

“It is really easy to get caught up in how many times we’ve won, but we are really focusing on the dynamics of the team,” Mumby said.

Dynamics of a team isn’t something that shows directly in the results — team scores are decided by the sum of a team’s individual scores throughout the events. Mumby’s teammate, senior swimmer Alex Dhaenens, explained what team means in this sport:

“We see each other as teammates, but sometimes also as competition. We work hard to support one another during practices, and we know each other’s goals and best times so that we can best support each other at meets.”

Baumann recalled what Olympic swimmer Brendan Hansen told the team last year on the subject: “Swimming is an honest sport — you get what you put in. When it comes down to crunch time, it’s your motivation and your training that will determine how you race. Incorporating that attitude into a team really grows the idea — instead of depending on yourself. You begin to realize there’s much more at stake than your own success. It becomes easier to push yourself past your limits when you know everyone else on the team is working just as hard as you.”

This weekend, the Knights will begin to test their limits at the Holland Aquatic Center at a relay meet.