Men’s Soccer Dominating the Field: Home and Away 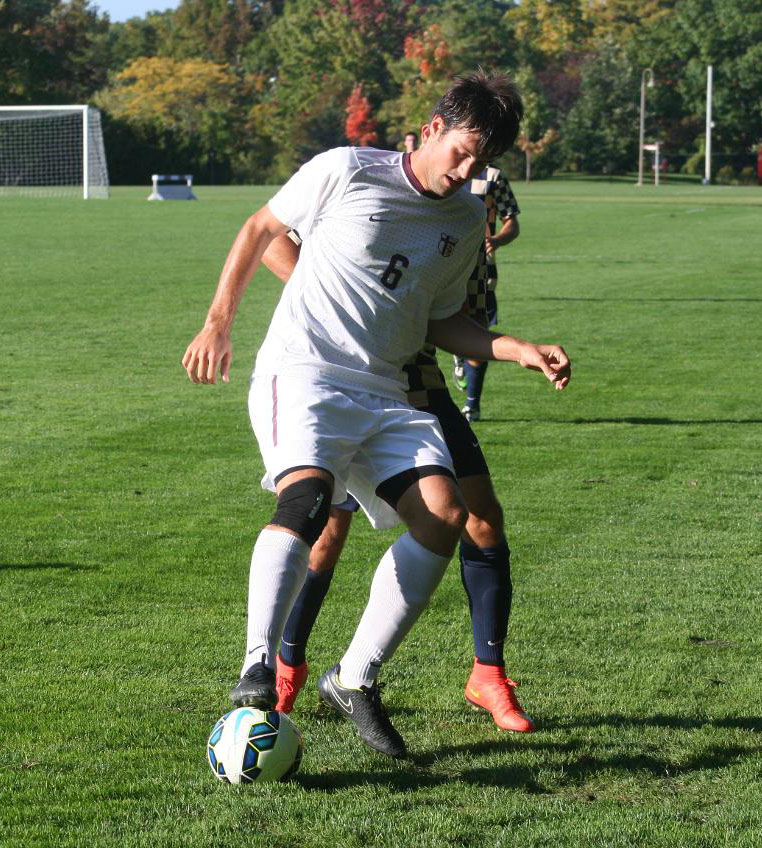 For the past four games, the Calvin College men’s soccer team has shut out their opponents, continuing their undefeated streak in the MIAA conference.  With their success, they have earned spots among the top 15 teams in both the NSCAA Division III and D3soccer.com polls.  The team is now 10-2 overall and 7-0 in the MIAA conference.

Senior Travis Vegter made recent news when he was named player of the week in recognition of his performances on the field through October 4. He led the Knights to two conference wins for the week. During the Trine game, Vegter had four goals, which is the most for an MIAA player this season.

On September 27, Calvin went up against Adrian College at Adrian. The Knights beat Adrian with a score of 3-0, which continued their six-game winning streak. Calvin came out strong and within the first nine minutes junior Taylor Pruis scored the first goal of the game off of an Adrian turnover. First-year Mitch Stark and senior Travis Vegter also each had a goal during the second half of the match.

It was a similar story for the Calvin Knights on October 1 at home, when they swept Trine University 7-0. Calvin scored four goals within the first ten minutes of the game. During the game, Vegter scored four goals, which was also a personal record-high for a game. Sophomore Stephan Hooker had two goals and Pruis had one. This win put Calvin in third place, three points behind rival Hope College.

Calvin also defeated Albion College 2-0 on October 4, continuing their eight-game winning streak. The game proved to be a tougher match for the Knights. Neither they, nor the Albion Britons seemed to be able to score during the first half. It was not until the 69th minute that Calvin was able to score off of a penalty kick made by defender Nick Groenewold. Travis Vegter was also able to score during the game — his 13th goal this season. Junior goalie Niko Giantsopoulus saved all six attempts made by Albion.

The Knights played once again on October 7, this time against the Olivet Comets. Although there was a weather delay in the middle of the game, the Knights pulled through with a 3-1 win. Calvin has now won nine games straight and is still undefeated in MIAA conference games for the current season. Olivet scored the first goal of the game during the second minute of the first half. There were many fouls on both sides throughout the game, with Olivet getting two yellow cards. Vegter scored the first goal for Calvin in the game, his 14th goal of the season. Sophomore Isky Van Doorne had a goal and an assist, and Nick Groenewold had a goal off of a penalty kick.

Calvin is set to play at home against Alma College on October 11.