Calvin Gets Swept by Hope 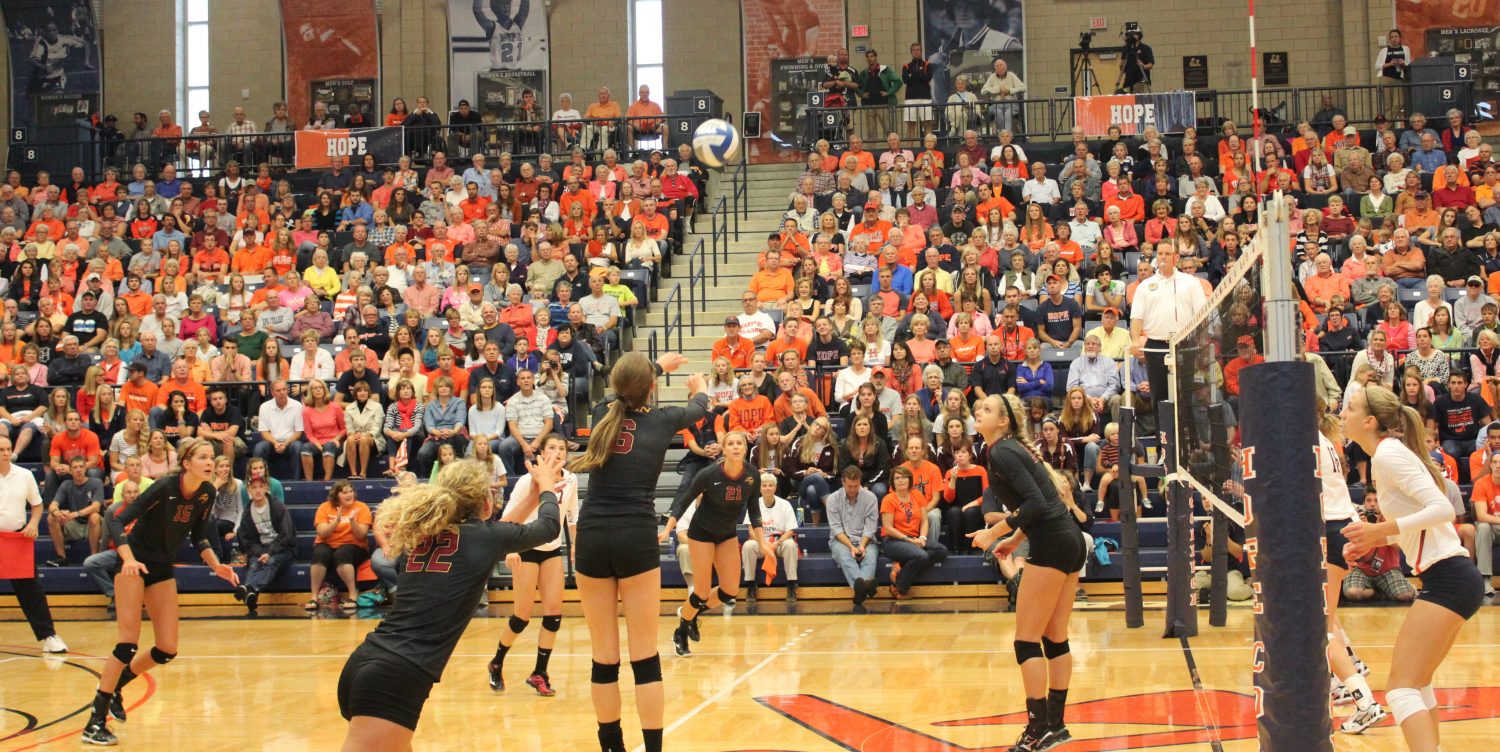 Despite a long and hard fight on Saturday in Holland, the Calvin women’s volleyball team lost to rival school Hope in a three-set sweep with scores of 25-21, 25-22 and 25-22.

“I thought that it was a well-fought match today. I thought Hope played very well. I thought they played a little bit better than we did. We just made a few too many mistakes, and that can be very well to their credit,” coach Amber Warner said in her opening statement.

Hope was the first to get on the board and kept that advantage and positive momentum throughout most of the match. When Hope did fall behind, the gap was never more than three points.

The second set started in Calvin’s favor, with the first point scored off of a Hope error. Calvin had the lead during the first half, but the gap started to close towards the middle of the match. In the end, it was Hope who rallied and pulled through for the win.

“Their serves were really good. They were really aggressive and we just got taken out of system I guess and they got the momentum and kept going with it,” junior Maggie Kamp said of the second set.

Both Calvin and Hope came out to the third set with a fighting attitude. The first few minutes the score seemed not to be in either of the teams’ favor, but Hope started to gain headway in the game. Although the match became a nail-biter in the last few minutes with a small Calvin rally that closed the score gap to just one point, Hope was the overall winner.

“I think that in the third set we started to serve a little more aggressively,” coach Warner said. “I think they stayed in system more than we did.”

Both sophomores Laura Dahoff and Maggie Kamp had a total of eight kills for the day, while senior Ellie Diepersloot had 12 kills.

The loss is definitely a learning experience for the Calvin Knights. The team recognizes that although they are highly skilled, there is a lot of room for improvement.

“I think we are an extremely athletic team that needs to cut down on some unforced errors and that’s something that we’re going to work on,” coach Warner stated.

She also mentioned that the team needs to do a better job with staying within their system.

Although Warner touched on the subject of improvement, she praised her team for working hard and coming together. “We’ve had some bumps in the road the last two weeks, and I was very happy with and incredibly proud the way they held tough and their fight throughout that. And that’s something good teams have to do.”