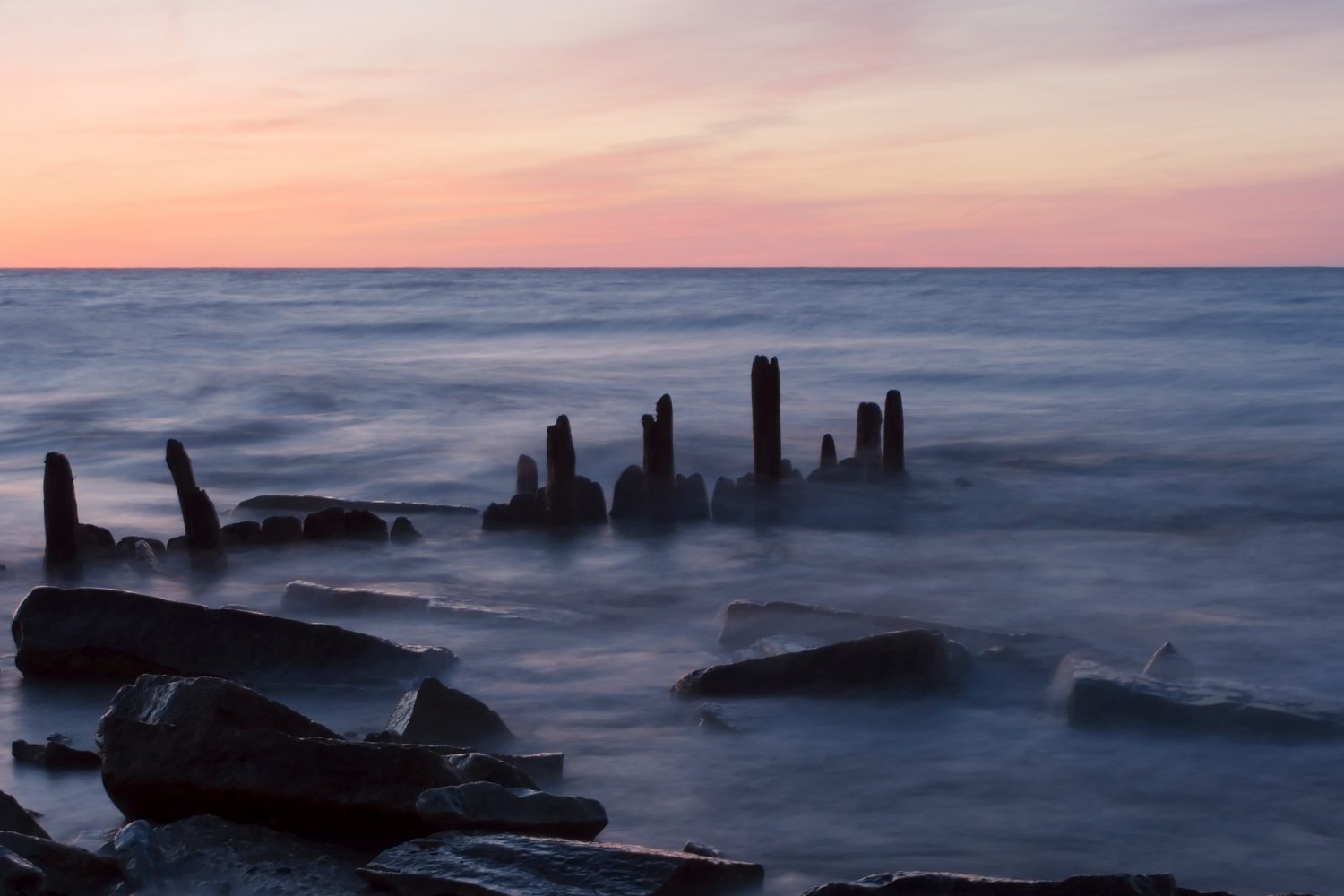 From invasive species to oil spills, the list of threats to the Great Lakes is a long one. The latest addition to that list: microplastic pollution.

A 2012 study found an average of 43,000 microplastic particles per square kilometer in the lakes. And in some places, the total was much higher. In one area downstream from two major cities, researchers found 466,000 particles of plastic.

Scientists are concerned about the plastic because oceanic studies have shown that some fish and birds mistake it for food. Eating the plastic makes them feel deceptively full and stop eating other foods. Additionally, since plastic is absorbent in water, it may be soaking up dangerous toxins from the water. So when fish eat it, they could be introducing those toxins into the food chain as well.

Most media attention has focused on microbeads as the source of the problem. Microbeads are tiny plastic beads found in everything from face wash to toothpaste. Too small for wastewater treatment plants to catch, they make their way from shower drains and sinks to rivers and lakes.

Pressure from media and environmentalists has already led some personal care product companies, including Unilever and Johnson & Johnson, to pledge to stop using microbeads in their products. Illinois recently became the first state to pass a bill banning the beads. Several other states, including Michigan, are also considering legislative action.

University of Western Ontario professor Dr. Patricia Corcoran has found nurdles among the plastic debris she studies on the beaches of the lakes. She explained how scientists believe the nurdles are getting into the lakes:

“Originally, we thought that a lot of the pellets were coming from chemical valley [in Sarnia, Ontario]. That’s always possible. We know from someone who works in a pellet company that [the pellets] do go down the drain during manufacturing. The pellets can also spill off during loading of trucks. Then any kind of stormwater will transport the pellets into the storm drain. The factories that make them are the source, but where exactly the spillage occurs is probably a mixture.”

“I was just looking at a piece yesterday,” she recalled, “and it could have come from a bottle, a bottle cap, or even a kid’s lunch pail.”

Whatever the source, Mason’s ongoing research offers early evidence that fish are eating the plastic. She has found, on average, nine particles of plastic in each Great Lakes perch she has analyzed so far. She also recently tested her first bird. It had 120 plastic particles in its gastrointestinal tract.

While it wouldn’t put an end to pollution through larger pieces of plastic, University of Michigan engineering professor Laura K. Alford is hoping to come up with a wastewater treatment system that could stop nurdles and microbeads in their tracks. She has submitted a proposal for an undergraduate research project that would see students work with her to develop a prototype for a self-cleaning wastewater treatment system capable of catching them.

“The problem is that the plastics are such tiny things that the filter would get clogged really easily, so we need something that would constantly clean itself,” she explained. “We’re thinking to make a prototype out of stock parts using current technology. We want to show people that you don’t have to reinvent wheel to find a solution.”