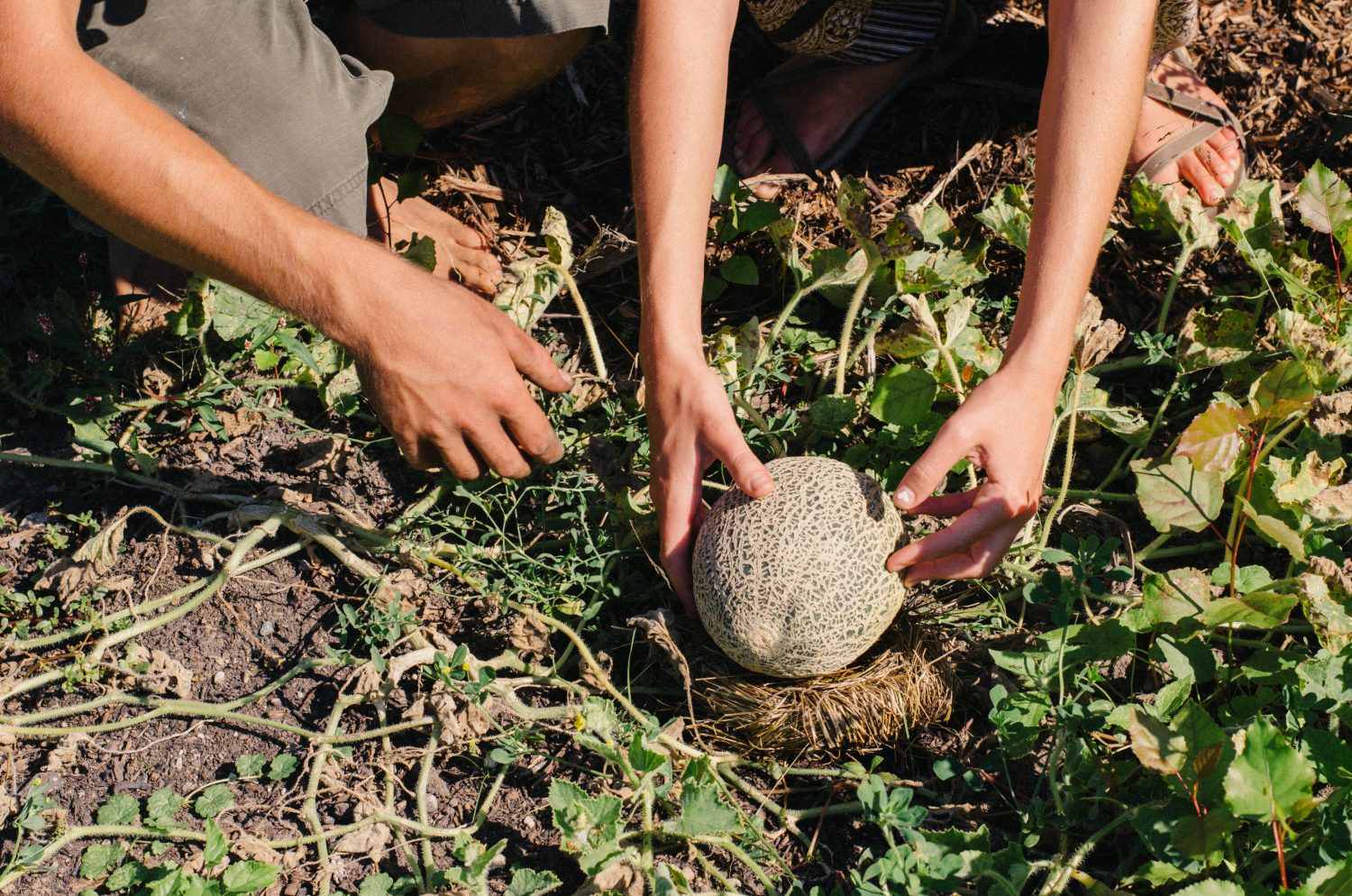 Following the approval of the new Calvin community garden last spring, the plot, located beyond the Spoelhof Fieldhouse on Hampshire Street, has experienced a flurry of growth.

The new garden had some hurdles to jump over in its first season, including a late start due to the cold winter, late approval of the project as well as the time, energy and construction necessary to turn a grassy backyard into a fenced-in garden.

Biology professor David Dornbos has been instrumental in the current and future garden expansion. He and a core group of volunteers “spent hours building beds, finding rocks, building fences, cutting tons of non-native invasive shrubs and trees with a chainsaw.”

Despite the difficulties in its first growing season, the garden has produced a wide variety of produce, some of which is used in the dining hall and catering services. The garden has also received a lot of positive feedback from the Calvin community.

Sunshine Cahill, one of the student garden managers, explained that “people are really excited about the garden, especially the new connection with the dining hall and getting students connected with where their food is coming from.”

Currently, the dining hall is only receiving handfuls of salad greens and other produce, but the vision for next year is to create a more regular stream of garden contributions.

“Once we start bigger production next year we’ll be able to supply the dining hall with a sizable quantity of what they can use,” said Sunshine. The possibilities on the horizon for garden development are ambitious, but “we are only utilizing half of the space we have so far and are hoping to expand next year, including planting a variety of fruit trees and expanding our giving to organizations like Supper House and Degage,” he added.

Looking forward to future developments, Dornbos said, “I am excited about such second and third generation ideas as sustainable water management using water captured from a roof and trickle irrigation systems and in successive years an operational geo-thermally heated and cooled hoop-house producing healthful leafy greens year around.”

Students in Dornbos’ biology 123 and 364 classes will closely observe the garden this semester, investigating and evaluating soil content and food production processes focused on ecosystem health.

Those involved with the garden stress involvement in the garden on all levels. Jon Gorter, a sophomore who volunteered at the garden often this summer, said:

“I think it’s really important to connect to where your food comes from. You gain a respect for the earth and what you’re eating. You know how much work goes in it.”

Over the summer, a number of students took part in garden care, but garden leaders hope to see greater student involvement this semester.

“Spend at least a little bit of time in the garden. It’s really cool that it was started by students and that something that big can come out of a little bit of investment and dedication,” said Gorter.

Students interested in the garden are welcome to meet at the garden at 3:00 p.m. every Friday, starting this week, to learn more, explore and help contribute to the work in the garden.