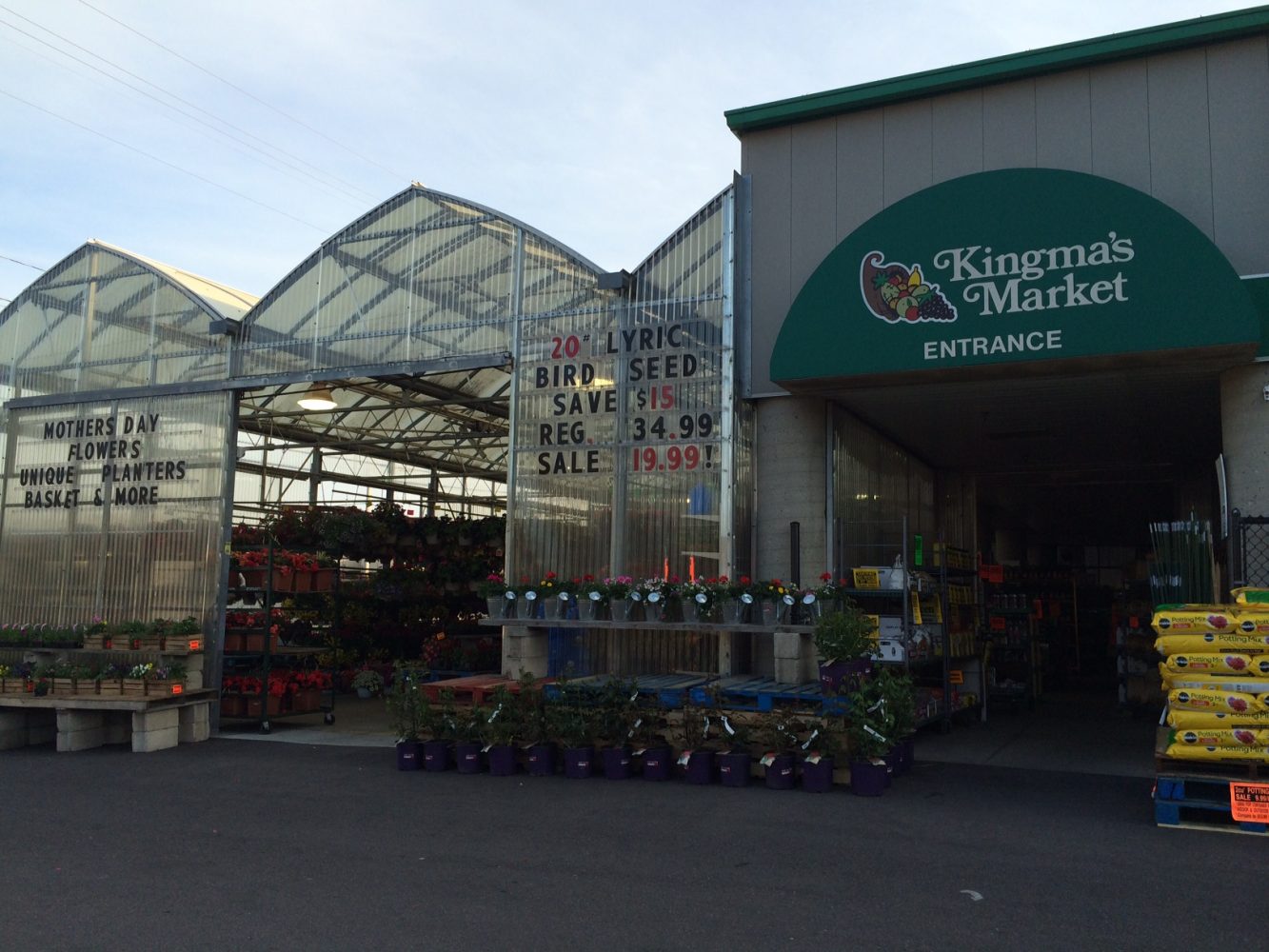 After over 70 years in the produce business, the Kingma family is selling Kingma’s Market. Current owners Robert and Ed Kingma Jr., the third generation of grocers in the Kingma family, put the popular northeastern Grand Rapids specialty grocery store and greenhouse up for sale in December 2013.

Robert Kingma, who is a Calvin alumnus, explained the reasons behind the sale.

This Christmas season, he said, “Ed and I were thinking, this is a really physical job. We’re lifting the Christmas trees and bagging soil ourselves. We’re getting older, and it’s still okay now, but we needed to look at an exit point.”

The cousins wanted to make sure they had time to find the right person to replace them.

“We wanted to find someone that has local roots, cares about building on our legacy in this community and would allow the current employees to keep their jobs,” Robert Kingma said.

He and Ed Kingma were prepared to wait as long as three years for the right person to come along. However, after just a few months on the market, Kingma’s Market already has a prospective buyer.

“Our broker said that it’s really unusual for a place to move this quick,” Kingma noted. “But there was interest from a number of different sources.”

The Kingma cousins introduced the prospective buyer to employees at a recent storewide meeting and plan to make a formal announcement about the buyer soon. However, Robert and Ed Kingma won’t be leaving Kingma’s Market behind quite yet.

“It won’t be a quick sale like it is when you buy a home,” Kingma explained. “We’re thinking carefully about the next steps. It will definitely be a gradual changeover. There’s still licenses to clear [for the sale to go through]. And the prospective buyer wants us to stay on for a while and help through the transition. We’ll still be around, and our customers know that.”

Even if the transition is gradual, many customers worry about how much the business will change under the new owner.

“We get customers coming in and expressing concern about the new owner, saying ‘I really hope it doesn’t change.’ We say we hope it does. We appreciate the concern, but this store already isn’t the same store it was 20 years ago,” Kingma said.

And things have changed dramatically since William Kingma, Ed and Robert Kingma’s grandfather, first started selling produce in the 1930s.

The family business didn’t even take on the family name until Willard Kingma, Robert’s father, launched a bigger store in the Boston Square neighborhood, calling it Kingma Produce Center. The Kingma Produce Center thrived in that location for nearly 50 years before closing its doors in 1999.

Robert and Ed Kingma took over the Boston Square store when their fathers retired in the 1980s. However, they opened the current Kingma’s Market location on their own.

Robert and Ed Kingma first bought the Cheshire Village business district lot on which Kingma’s Market is located in the early 1990s to house a seasonal greenhouse. After a few seasons of operating the greenhouse, neighborhood residents encouraged them to open a permanent produce store alongside the greenhouse. So in the fall of 1994, Ed and Robert Kingma opened Kingma’s Market for business.

In the 20 years since its launch, Kingma’s Market has expanded to include a local butcher shop, an expansive wine and local craft beer selection and the largest selection of cheese — over 100 varieties — in the greater Grand Rapids area.

While Robert Kingma acknowledges that all of these changes were risks, and that it was not always easy to take them, he believes the willingness to change and try new things has played a key role in the success of Kingma’s Market.

He also attributes the success to strong staff, familial support — especially that of his wife — and the grace of God:

“I see God’s fingerprints over everything we’ve done. God has taken my mistakes and used them for good. He’s helped us through times of razor-thin cash flow. Through the years, God has blessed this business, our family and I think by extension, this community. God’s people are so active in the [Creston neighborhood]. We got to play a small part in that.”