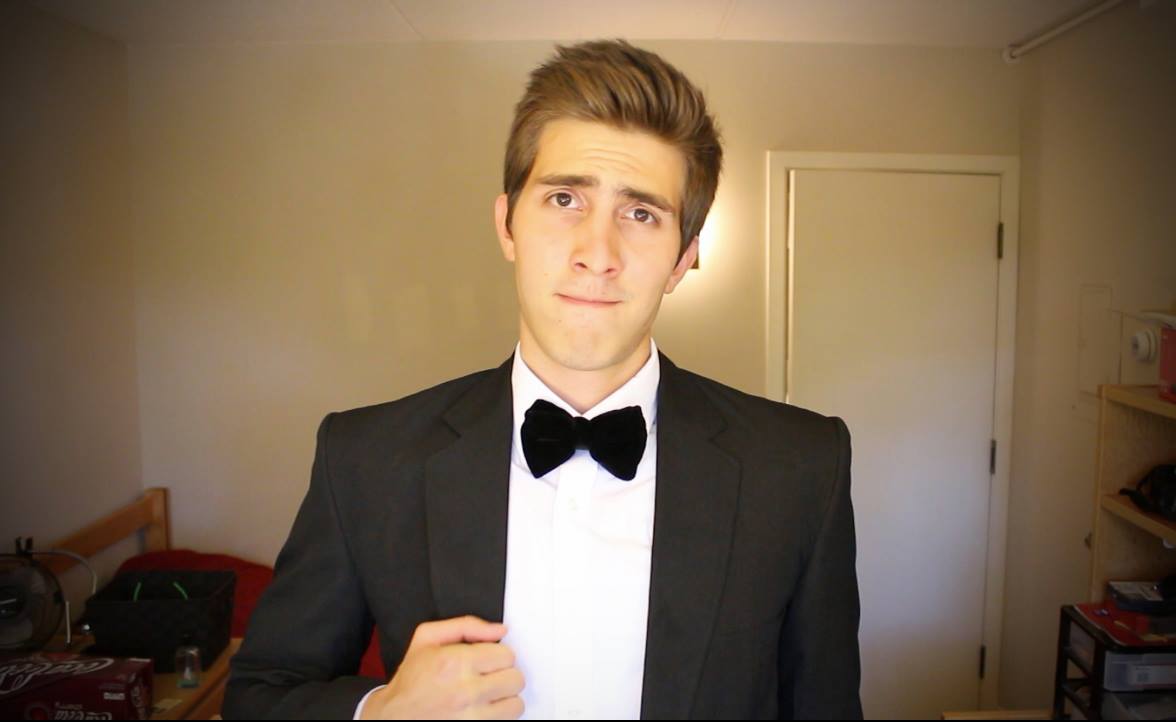 For senior Carlos Erazo, an average week is not only occupied with college papers, readings and projects, but also with filming and producing a weekly video for his Youtube channel — one with more than 62,000 active followers.

When he was a sophomore at Calvin, Erazo decided to combine a lifelong interest in video creation and editing with a growing desire to connect spiritually with Spanish-speaking friends and family in his home country of El Salvador.

“I became a Christian in high school and grew up with mostly non-Christians,” he recalled. “When I left El Salvador for the United States, I felt a burden for my friends at home who weren’t Christian. I wanted to speak with them about what it means to be a Jesus-follower.”

“At Calvin I read theology as a hobby, but for a lot of teenagers, theology isn’t something they choose to go to. The church at home in El Salvador wasn’t reaching my friends,” he said, because his friends “didn’t understand the religious talk and theological language used.”

The disconnection between Christianity and young people inspired Erazo to put his beliefs into action and create weekly Spanish Youtube videos which discuss Christianity in today’s world. He published his first episode in 2011, calling his channel Proyecto GTG, meaning Project Glory to God.

More videos followed each week, filmed across Calvin’s campus, highlighting topics ranging from pornography to dating to tattoos to homosexuality to evangelism: issues which Erazo knows are relevant to teenagers curious about living a Christ-like life.

Over time, this vision began to resonate with Youtube audiences beyond Erazo’s friends. Proyecto GTG now holds 62,974 followers. The most popular videos have more than 100,000 views, and the channel only continues to grow.

During the fourth weekend in April, Erazo and two fellow Youtube speakers will fly to El Salvador to put on a show focusing on the intersection of the Gospel and social media, and they expect a large audience.

Despite this success, however, Erazo still remains deeply rooted in his initial passion to connect and speak to his viewers.

“It’s sweet,” he states. “I know there are real people listening to what I have to say and responding to it, and the best part is those responses. They impact me and they move me.

“I had a mom email me once and tell me that her 14-year-old son is watching. It’s very humbling to hear that, and it snaps me into reality. People are watching and soaking up what I’m saying.”

Being aware of his impact has continued to inspire and encourage Erazo to continue the project and grow personally in his own faith.

“By God’s grace the project has grown to what it is now. I’ve worked a lot,” he said, but his success “is not all me.”

“It’s easy to become preachy, but I want to make sure that I’m always living out what I’m saying. The biggest challenge is to be genuine with both what I say and how I live. I have to ask myself if I’m following the Gospel and living into what I’m preaching. Like everyone else, I’m struggling to act out my faith every day.”

As for the future, Erazo hopes that both he and Proyecto GTG will continue developing and growing.

“Maybe someday Proyecto GTG will be full time, and I want to continue making creative, professional media with a message in the future. I want people to be exposed to the Gospel. That’s the vision.”