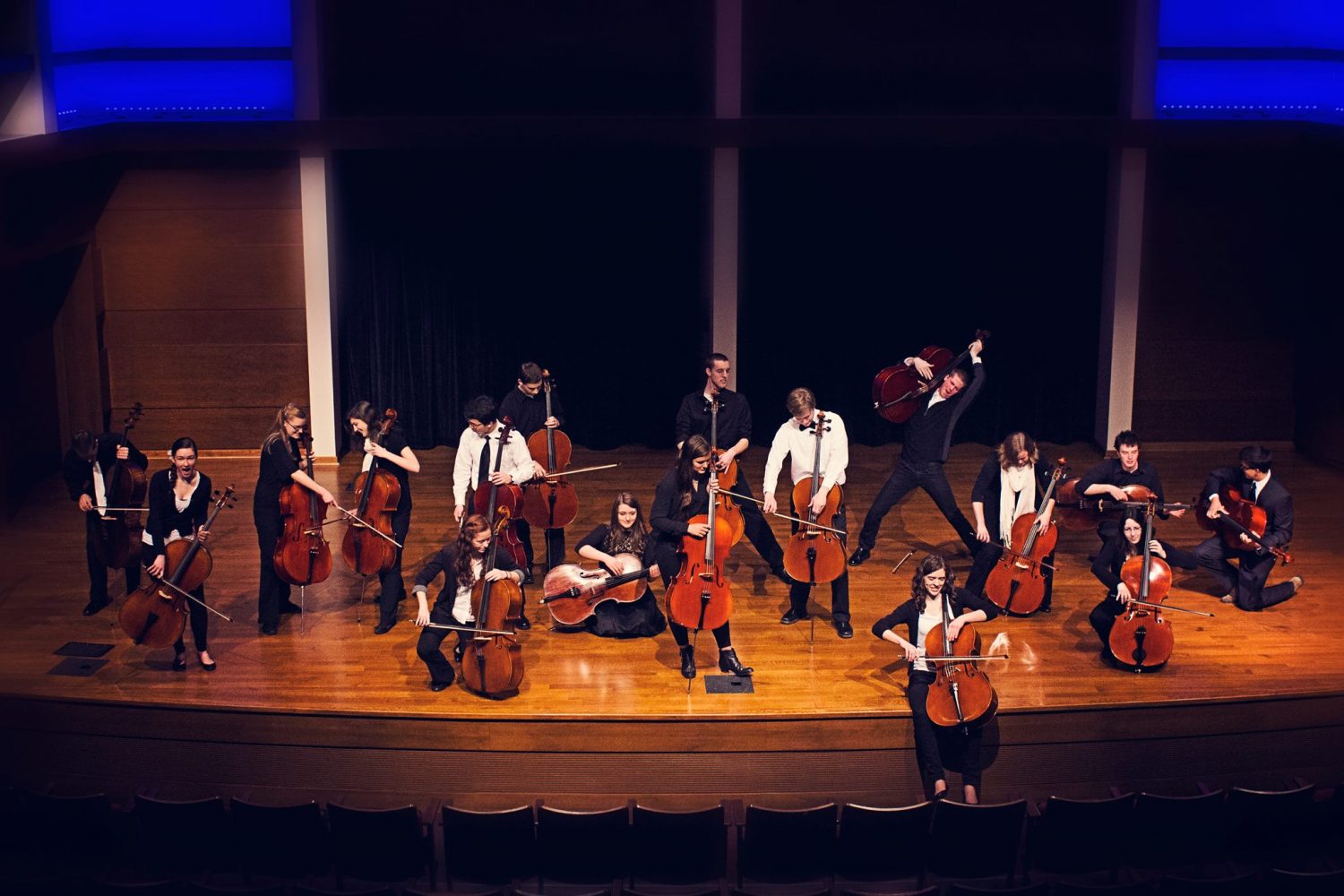 The Calvin Music Department has concerts nearly every week, but few are as unorthodox and entertaining as Cello Cabaret. This Saturday at 3 p.m. in the CFAC Recital Hall, 20 cellists will be performing a repertoire that ranges from classical to rock.

According to John Varineau, the Calvin orchestra conductor, this is no run-of-the-mill performance.

“Cello Cabaret takes a cello recital, blows it up and turns it into an event,” he explained. “It’s like cello nerds gone wild!”

The cellists will be performing just under an hour-and-a-half of music, including both large ensemble pieces with all 20 cellos onstage at once and pieces for smaller cello ensembles. This year’s Calvin’s Got Talent winners, Andrew Plaisier and Joshua Ruiter, will be playing a duet and performing in several of the ensemble pieces as well. The program will feature works including arrangements of Strauss, Lady Gaga, the PianoGuys and Metallica.

“We tried to take people’s favorite pieces from last year and include them, while also trying new pieces. We’re building on the strong audience appeal of last year’s Cello Cabaret,” Plaisier said.

Junior Amy Tenney explains that, for her, a highlight of Cello Cabaret is being a part of the cello community:

“We enjoy rehearsals because we can bounce ideas off of each other. Everyone has something to contribute, whether they are beginners or advanced musicians.”

The 20 cellists who will be performing on Saturday represent a wide range of majors, from math and biology to speech pathology and English. Some performers have been playing the cello for nearly 15 years, while others started only a few months ago.

“It’s inspiring to see so many people with different interests come together because they love music and Cello Cabaret,” said sophomore Angela Dieleman.

Marie Bloem, the principal cellist of the Calvin Orchestra, explained  the vision of this group of Calvin cellists, who have nicknamed themselves “the Charming Cellos.”

“We [the cellists] share a love for the great instrument that is the cello and are passionate about music and the way in which it brings people together, performers and audience members alike.”

Admission to this event is free and tickets are not required. However, Bloem said that the cellists are expecting a crowd, so she suggested that anyone interested in attending the performance arrive early enough to get seats.

The Cello Cabaret promises to be an event filled with crowd-pleasing music, community and entertainment. With 20 cellos on one stage, one could hardly expect anything less.