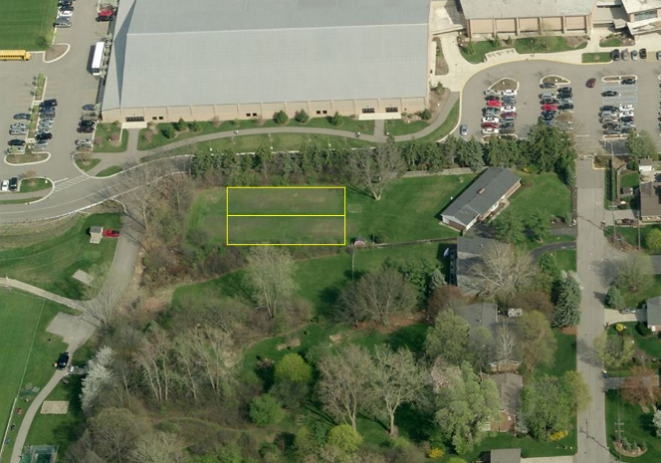 A proposal for a new community garden located on properties off of Hampshire Street (west of the gym) was recently approved by the Planning and Priorities Committee (PPC). David Dornbos and David Koetje, co-directors of the Calvin Campus Gardens, have already hired students to work as managers of the new Hampshire Gardens.

According to the proposal passed earlier this week, the new site will serve “as a pedagogical tool to promote food production literacy, agroecological literacy and nutrition literacy with focus on sustainability and stewardship … as a research site in which agroecological practices can be trialed … [and] to produce vegetables, fruits and herbs for consumption on campus.”

The directors have already interviewed and hired two students to work as garden managers — Peter Cahill and Janaya Crevier, both juniors — and are planning to begin work on the site already this spring.

“We plan to install raised garden beds and ‘in-ground’ beds for vegetables. We need to identify the best locations for perennial berry and fruit trees. A number of invasive shrubs will need to be removed. A fence will need to be constructed to control herbivore access,” said Dornbos.

The students hired as garden managers, a part-time position averaging 10 hours a week, according to the job description, will be doing much of the work for the Hampshire Gardens. Their work will include planting, weeding, harvesting, organizing student volunteers and coordinating with physical plant and the co-directors.

Crevier expressed enthusiasm for the job:

“The students, faculty and staff involved are some of the most welcoming, joy-filled individuals I have ever met. In Calvin’s gardens, the beauty of God’s creation is revealed in the flowers and colors and nutrients that come forth in all shapes and sizes, and the community actively seeks to pursue justice and shalom in the way our culture deals with and thinks about food.”

The Calvin Campus Gardens have gone through several potential locations since the gardens were first proposed years ago. Originally, said Dornbos, student groups proposed a garden on Commons lawn, which instead became the community garden nearby Knollcrest East Apartments (KE).

“After a few years, however,” Dornbos said, “all the sites in this garden had been rented and the gardens [were] productive. Without the ability to expand easily there, a new site was needed.”

The Environmental Stewardship Coalition (ESC), a student organization, proposed a garden on the lawn between North Hall and Bolt-Heyns-Timmer, which was turned down based on concerns over funding and the aesthetics of putting a garden on Commons lawn.

Instead, the Hampshire site was proposed. Dornbos explained the benefits of this site:

“The backyards are large, at times have been gardened in the past, have access to water, would avoid potential exposure to lawn treatments and would not be so central to the campus as to be aesthetically unpleasing during the winter months.”

Unlike the KE gardens, the Hampshire Gardens will be directly utilized by biology classes (and potentially classes from other departments), as well as Creative Dining Services.

Some of the work on the site has already been done by students in biology classes. The fall 2013 sections of Biology 123 conducted soil analyses, looking at pH levels, amounts of organic material and the physical characteristics of the soil. The soil was revealed to be almost entirely clay, with a pH higher than what is optimal for growth and low amounts of organic material.

“In light of these big problems, our best soil stewardship option is to create raised beds supplemented with high-quality organic topsoil,” says the proposal.

Some of the plants that will be grown in the garden include broccoli, peas, kale, tomatoes, beans, chives, mint, strawberries, raspberries, asparagus and fruit trees.

“Creative Dining and Chef Ian [Ramirez] have already indicated interest in utilizing vegetables and herbs produced in the garden, once we can determine what and how much can be produced,” Dornbos said.

Others have been interested enough that they have helped fund the project, including student senate and Green Valley Agricultural Supply, a local company.

Dornbos mentioned that “John Christians of Green Valley Agricultural Supply (Caledonia, Mich.) was excited to hear about the garden project at Calvin and offered both financial, material and emotional support.”

According to the proposal, Green Valley is donating $4,000, which will supplement more than a third of the costs for the first two years of the project, as well as pay for topsoil for the raised beds.

An additional $1,500 was donated by student senate through their physical grant program.

“We made the decision to fund this proposal after reading through the very well-researched case made by the authors. It seems clear to us that this initiative is a great convergence of student involvement and sustainable practices for both students and the greater Calvin community,” said student body president David Kuenzi.

For many of the people involved, that convergence of students and sustainability is the most important thing about the project.

“I’m no environmental advocacy superheroine involved in every go-green thing on campus,” said Crevier, “but the Campus Gardens is a very down-to-earth (literally), very visible way of living out the college’s commitment to ‘enhance the cultural life about us and address local needs.’”

“Gardening to produce vegetables and fruits connects to deep environmental and human health issues. Most chronic diseases … can be remedied by means of diet and exercise. Growing food organically and in polycultures is the most efficient way … to produce quality calories. … So if we really want to live environmentally friendly lives, this is the way to go.”

“I know what it’s like to feel uninformed and out of the loop in regards to environmental efforts on campus. There seems to be a larger-than-necessary gap between those who are involved and those who aren’t sure what it’s all about. But what better way to bridge that gap than with food?”