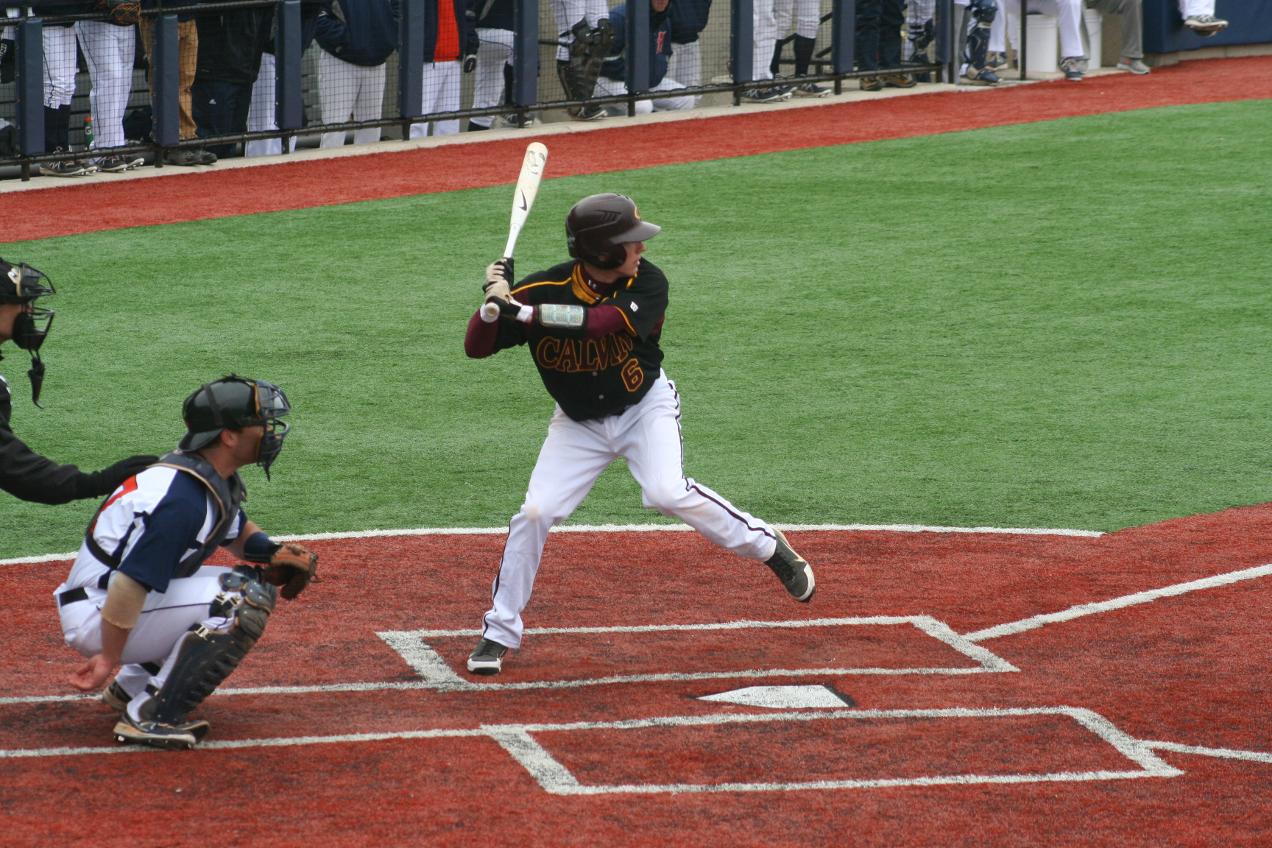 A blistering start by Calvin’s junior outfielder Grant Van Putten has earned him MIAA player of the week for the first time in his career.

In two wins last week, Van Putten batted .538 with a home run, 10 runs scored, five doubles and five stolen bases. This propelled Calvin to a 18-10 win over Elmhurst (Ill.) and a 15-1 win in the second game of an MIAA-opening doubleheader against Kalamazoo.

The Knights sit at 7-8 on the season, largely because of dropping four games in a row against Hope at Cornerstone. However, the four losses were by a total of only seven runs, meaning the team has shown it can hang with the best the MIAA has to offer.

Calvin’s contest at Kalamazoo on Tuesday has been postponed, so the Knights will next hit the field at home in a doubleheader against Olivet on Friday, April 4. Van Putten and the team will look to produce another explosive offensive performance like they did early last week. The Knights are hitting .301 as a team and have a good chance to improve their conference record in the upcoming week.