NBC’s funny and heartfelt ‘About a Boy’ impresses 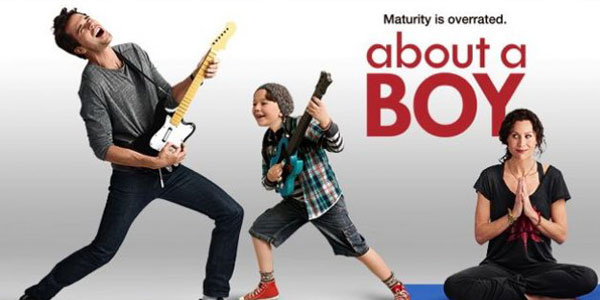 “About a Boy,” the new hit comedy from producer Jason Katims, started out as a book by Nick Hornby. It was made into a movie featuring Hugh Grant and a young Nicholas Hoult in 2002. Now, NBC has turned it into a series.

The pilot starts off with actor David Walton’s character Will in the city of San Francisco. Will is a relatively young man who’s been watching some of his friends get married and then have kids. Early in the episode, the audience gets a glimpse of Will’s attitude towards kids — he doesn’t quite understand them.

Moreover, we get a glimpse of his promiscuity as he gets himself into a tricky situation to impress a cello-playing girl — he pretends to be a single dad whose child was sick until he took him to Africa to be healed.

On the same day, Will meets his new neighbors: Fiona and her son Marcus. The mother-son duo turn out to be vegans, which is already problematic on their first day as neighbors. Smoke from Will’s grill wafts over to their backyard and Fiona tries to get him to stop grilling and lower his music so she can meditate, but Will does neither. Ultimately, Fiona is not Will’s biggest fan.

Later on in the episode, the audience sees that Marcus’ first day at school did not go well. The boy is being chased down the street by a few guys from his school. He seeks shelter in Will’s house, and Will hesitantly lets him in to protect him.

But Marcus does not leave as soon as Will wants him to and so accidentally gets in the way of Will’s second attempt to woo the cello player he met the previous day.

Other interesting encounters give a first look at the relationship that will develop between Will and Marcus. Also, an interesting dinner scene between the musical mother-son duo takes place and a middle school talent show takes an unexpected turn.

There is no doubt where the series is going. Marcus is going to change Will and his way of life somehow. But the journey to whatever change Will will go through should be an interesting one to watch.

The show is funny, sarcastic and brings up a lot of troubles that people these days might have — troubles with parenting, or being the only person in your group of friends who hasn’t married yet;  being the son of a vegan, trying ribs and actually liking meat, or going to dinner at a vegan’s house and not knowing how to politely not like seitan short ribs.

And, best of all, it’s not all jokes. There are definitely some scenes where one’s heart simply melts — especially when Will helps Marcus out with his rendition of One Direction’s “What Makes You Beautiful.”

Overall, “About a Boy,” to me, looks like a fun and interesting show to watch on those rare days when I actually have time to sit down and watch a show or two.