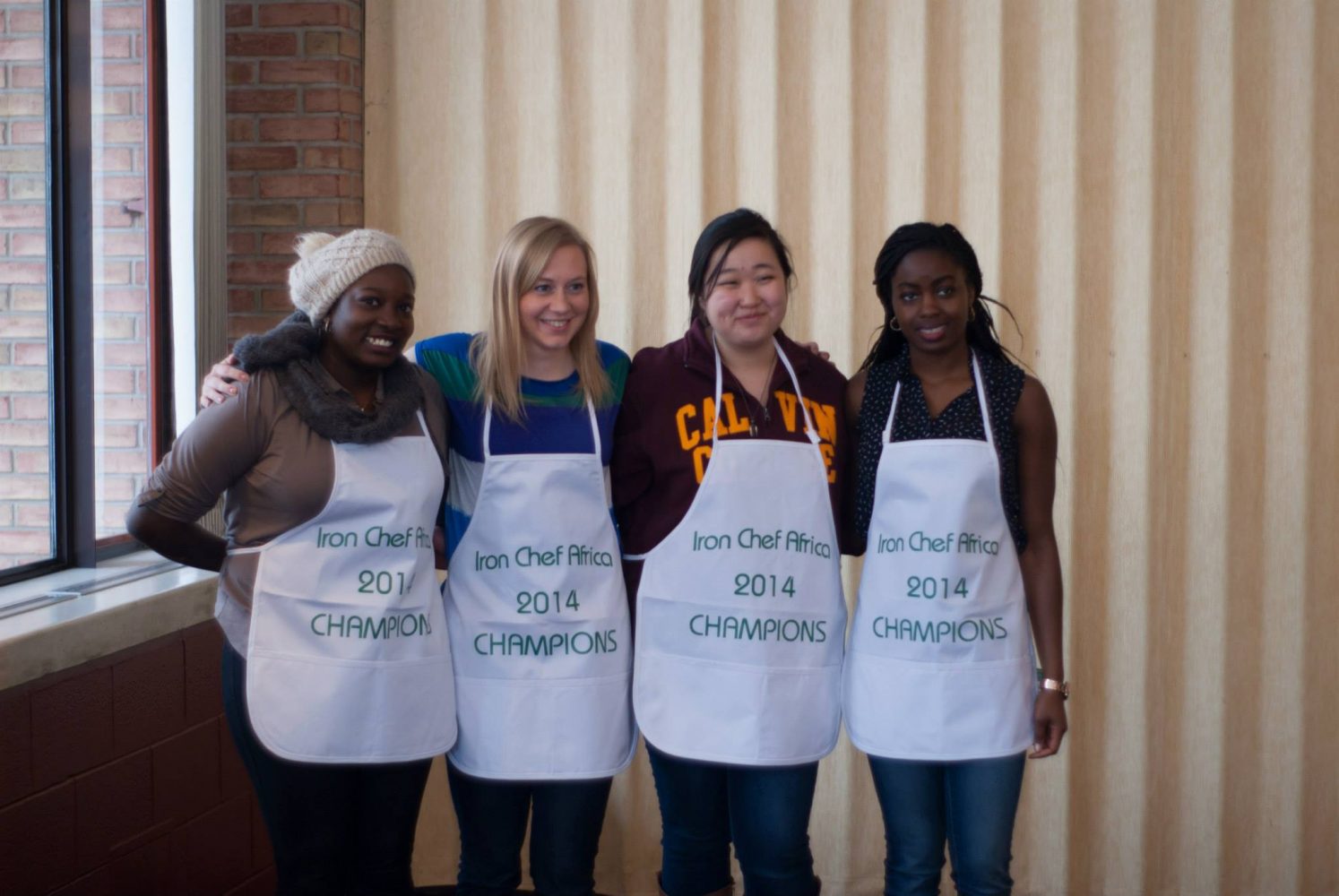 This competition, hosted by the African Students Association, took place in Commons Dining Hall and was judged primarily by members of the dining hall staff.

Teams of four students were each provided with ingredients and had an hour to prepare a meal of their choosing, as long as it had an African background or twist.

Becky Ajuonuma, a member of the African Students Association, explained some of the motivation behind holding an event like Iron Chef Africa.

“Food is big with the African culture,” she said. “We wanted to show the wider Calvin community the value of the food we can make…A cooking competition is something new, a fresh idea. Food attracts people!”

After donning white aprons, each team raced against the clock to cook dishes like goat meat, kachumbari (a traditional African tomato and onion salad), plantain fritters and shrimp fried rice.

The teams included members of all different nationalities and ethnicities; those with less experience cooking African dishes worked alongside their more experienced teammates to prepare dishes unfamiliar to those without much previous knowledge of African food.

As the teams presented their plates, one member of each group gave an explanation of their dish and its origin and inspiration to the judges. The judges were also looking at plate presentation, so the contestants came up with creative methods of presenting their food, like serving stew in hollowed-out peppers.

After the judges had sampled each plate and discussed their opinions, each team tasted the food made by the other teams, and the audience members were invited to sample the food as well. Adaeze Nwadike, president of the African Students Association, said that she hopes this event will continue.

One of the major things about an event like Iron Chef Africa, Nwadike said, is to see how diverse African food is.

“There are so many different tribes and countries within Africa, and each one has such a variety of food that they prepare,” she said. “Food is a great way to get people interested in another culture.”

The winners of this year’s competition, Team Iya Basira, were quick to note that the glory of winning wasn’t the ultimate point of the competition for them.

“The point of Iron Chef Africa is to have fun and cook with friends,” said Cindy Cheng.

Team Iya Basira agreed that having fun is the key for aspiring chefs.