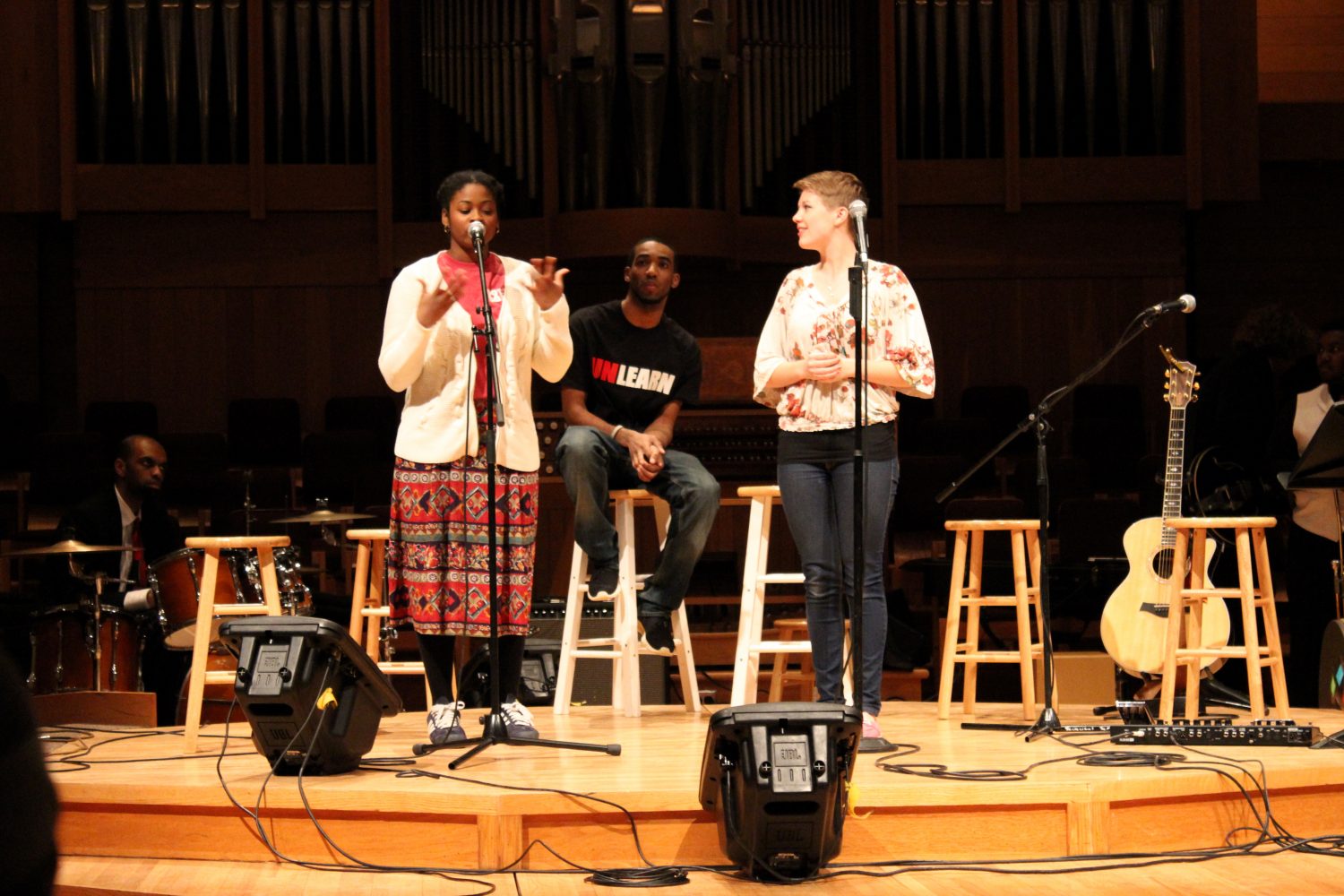 On March 8, NiteLife collaborated with the Multicultural Student Development Office and the Student Activities Office to bring a poetry jam to Calvin. The event was held Saturday at 8 p.m. in the chapel.

Ten students participated in the open mic portion of the evening, with performances ranging from singing to poetry recitation. The majority of the works were pieces that students had written themselves. Afterwards, local poetry group Diatribe and Chicago-based musical group King Lizzy performed. Smooth jazz was played in the background to transition from one act to the next.

The theme for the night was “Expressions: the process of setting forth one’s thoughts or feelings.” Many students recited poems or songs that they had written to better express what was going on in their lives.

The first performer of the night was Victor Orozco, who sung two songs that he had written, one accompanied by guitar.

“This first song I wrote back in December,” Orozco said before performing the song for the audience. “It has different meanings depending on where I am in life.”

Megan Meulink performed three of her own poems, Scott Bokach performed a dramatic performance of his poem “Illusions” and Matt Schanck performed two of his own poems. Jerry Chen wrapped up the open mic section with a poetry reading.

Another performer, Renbow Danh, recited a piece that he had written. It was an untitled poem, he said, because without Christ he is an untitled piece of work.

Becky Baar felt compelled to share a poem that she had written back on Feb. 20. She hoped to comfort others with the poem, entitled “Abide.” She followed up the poem by singing “Jesus Loves Me.” Baar said that her mom used to sing to her before bed to comfort her, and she hoped that this would comfort those in the audience as well.