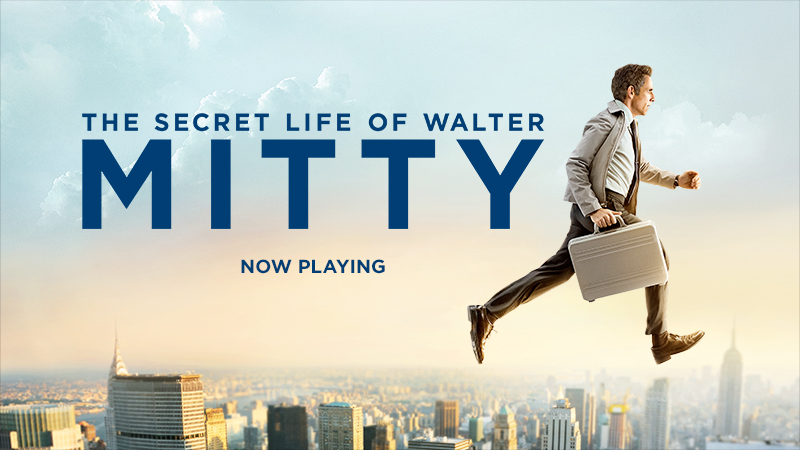 It’s a beautiful picture. Rolling hills, unscalable mountains, deep and vast oceans. The kind of picture that ignites a fervor for life in a person.

World travel is an aspiration of many a young person, but if not realized in youth, this dream can also become an aspiration for the middle-aged. Such is the case for Walter Mitty, who develops photographs in an industry that has begun to sprint away from the physical art of film development and into the era of photoshop and digital editing.

Staring at pictures of the diverse world day after day causes Walter to daydream of a far more exciting life than his many years in the archives and darkrooms of the photo magazine industry have allowed him.

He often zones out of the real world and into his own fantasyland featuring all of the places he sees in his photographs — places that all young adventurers imagine when the voices of their teachers dull to a hum and the world outside of the classroom window beckons with an outstretched finger.

But instead of sitting at his once secure job, Walter decides to jump off on his own adventure and live the adventures he has only daydreamed of. He transitions from scurrying about his unexciting life to stepping out of his door and fulfilling the cliche of living his own dreams.

This joy-filled movie will have you leaving the theater or your own couch wanting to book a flight to an exotic land or spontaneously buy a pair of hiking boots in anticipation of a backpacking trip you feel a sudden urge to plan. Filmed with breath-taking shots of scenery, “The Secret Life of Walter Mitty” inspires the adventurer in all of us.

Unfortunately, though it filled me with the desire to travel, “Walter Mitty” still left me wanting more in the case of dialogue and plot. In concept, this cinematic work translates beautifully onto the screen, but could not match that beauty with the dialogue. Everyone but leading man Ben Stiller seemed to be overreaching in their performances.

The movie was conceptually whimsical in a way almost reminiscent of Wes Anderson, but had acting and a script that were too forced for such a story. In this case, a more childlike innocence would have better suited the movie.

At the end of the day, if you can get past the quality of script and acting, Walter will guide you first through a reverie of adventure and then through his own actual misadventures. You will come out of the movie ready to drop the monotony of everyday life in favor of seeing the world and its splendors for yourself.