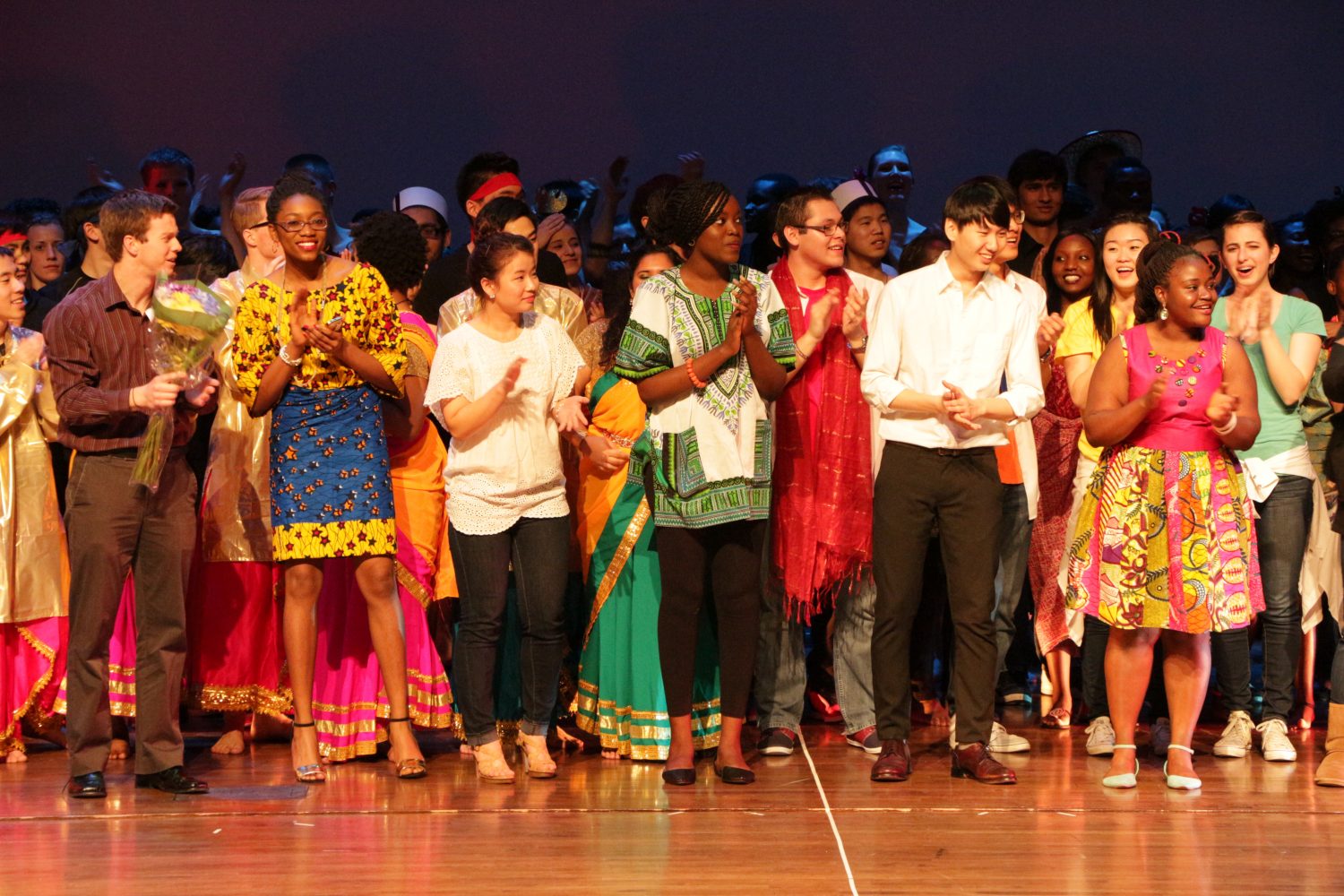 Rangeela Unveiled opened with a video proclaiming, “Often, shows like these try to amaze the audience with exotic acts which are entertaining enough to keep our short attention spans … Such shows excite but do not enlighten.” The show featured performances which told compelling stories from a variety of cultures.

The show was “breath-taking,” in the words of senior Allie Wiers. “I just loved all the stories.”

Jed Bell, this year’s Rangeela director, explained that the goal of this year’s theme was to “create a platform to get people to delve into culture,” especially because Rangeela is popular in the greater Grand Rapids area, as well as among Calvin students.

“It’s one of the best things Calvin does,” Bell said,  “We attract people from the wider Grand Rapids community because it is a quality show.”

“What was so powerful about this Rangeela was the story behind every act,” said senior Lauren Cremean. “I was literally holding back sobs by the end of the Korean act. That’s my grandfather’s story.”

The Korean act, which depicted the struggle between North and South Korea, was just one of the many acts which told story through dance. The Chinese, West African, Spanish, Latin American, Burmese and Indian acts all conveyed stories of loss, love, power and celebration through dance.

Sophomore Debbie Ocquaye-Nortui loved the show for the new countries highlighted. “This year’s Rangeela was exceptional; it was so cultural.”

New Zealand’s act featured the war chant of New Zealand warriors. Cremean admired the performance because, “There’s something in that passion and brotherhood that speaks something special for them.”

Theatre was also incorporated in the West African play and Indonesian acts.  Both told cultural tales. First-year Nana Ofori explained that the African play was “a fusion of the folk tales of Nigeria and Ghana,” explaining the reason behind the Hogbetsotso Festival of the Ewe people in Ghana.

Another act unique to this year was one that not everyone thought even belonged in a showcase of international cultures. The African-American act used song and poetry to show the “message of hope in things [that is] an integral part of our culture since we came here,” explained act co-leader Brianna Marshall.

Her sophomore year, she and her roommate wanted to propose the African-American act, but someone told them it was not a culture unto itself. “It showed us we had some work to do.”

Besides storytelling, Rangeela Unveiled also strove to bring together the international and local communities at Calvin.

Graduate Sandra Zegarra shared how she had heard that “people think [Rangeela] is an international Dance Guild, and it’s not. Sometimes American students don’t know they can participate.”

Bell added, “This year we pushed for more Americans to participate. Most of Rangeela is the time spent practicing, and those relationships are what last.”

“It felt like this year had a vision,” concluded Cremean. “And this was the first time I felt that all the parts became a whole. I think it’s due to the great leadership they had this year… None of the acts felt like they were just aiming to please. The point was to be true to the culture and let us see past the veil a little bit.”