Nonprofit supports single fathers in Grand Rapids and beyond 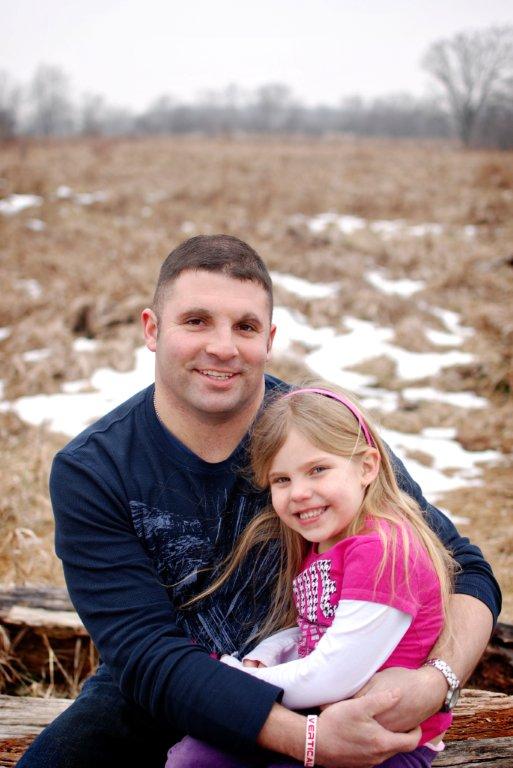 For years, personal trainer Matt Haviland coached people at Maximus Fitness Center in training regimens, exercising and strength building. This unlikely venue was the beginning of a chain of events that would lead a personal trainer to become the founder of a nonprofit organization for single dads.

As Haviland would soon find out, the other men in the small group were all married, well-established financially and had kids. The difference between him and them sparked an idea.

“I looked around and thought, what can I bring to the table?” said Haviland. “I thought, ‘Wow, I’m the only single dad here,’ and the light bulb just went on.”

When he went home, Haviland did some research and discovered astonishing statistics about fatherless kids and a lack of resources to help single dads.

The idea snowballed from there. A few months later, he founded A Father’s Walk (AFW), a nonprofit ministry for single dads.

“I think people need to know about the dads,” Haviland said. “I think there’s a negative stigma that’s put on single fathers, especially the ones that are non-custody. I had one single dad tell me one time that he was written off automatically as a second parent, not as an equal. I think people need to recognize that there are plenty of fathers out there that are equal parents.”

Haviland believes that in order to alleviate problems like adolescent crime and teenage pregnancy, society has to encourage single dads to become invested in the lives of their children.

He published a book, “A Father’s Walk,” which is geared to facilitate small group discussions. He recently coauthored another book, “The Daddy Gap,” with Dawn Walker, single mother and founder of Single Parent Missions. The book will be available through Westbow Press, Amazon.com, BarnesandNoble.com, afatherswalk.org and singleparentmissions.org.

AFW is one of few organizations in the United States primarily dedicated to supporting single fathers. Haviland hopes to spread awareness and understanding to the broader public about the plight of single fathers across the nation.

Reports reveal that more than 25 million children are growing up without their biological fathers in the home. About half of those kids have never been to their father’s house. Incarceration is twice as likely among boys who grow up in fatherless homes than those who are raised with a mother and father. Seventy-one percent of high school dropouts, 75 percent of kids from chemical abuse centers, 85 percent of youths in prison and 90 percent of all homeless and teenage runaways are from fatherless homes.

These are just some of the statistics that fuel Haviland’s determination to make a difference through AFW.

Within the single parent demographic, moms account for about 85-90 percent of primary caregivers. But Haviland’s definition of “single father” is not limited to custodial parents.

“I don’t define single father as someone who has full custody,” Haviland said. “I define it as a dad who either is involved or wants to be involved in his kids’ lives.”

Haviland himself is a single father with a 7-year-old daughter named Olivia. He has discovered that his work with AFW has benefited him, as well as the single dads he ministers to.

“I’m growing as a dad myself all the time because I’m right in the mix with the guys,” Haviland said. “I’m in the trenches every single day. Some of the things I encounter on a regular basis are the things they encounter too and I’d like to take what I’ve learned and what I’ve applied and say, ‘this is what has worked for me.’”

AFW is hosting the upcoming third annual Single Parenting Expo in Grand Rapids on Saturday, March 8 from 9 a.m. to 3 p.m. at the DOCK ministry (4669 S. Division St. S.W. Wyoming, Mich. 49548). AFW will also participate in the Focus on Fathering Conference on Saturday, April 19 from 8 a.m. to 3 p.m., a conference not only for single fathers, but for all dads, father figures and soon-to-be-dads. The conference will be located at the Grand Rapids Kroc Center (2500 S. Division St. Grand Rapids, Mich. 49507).