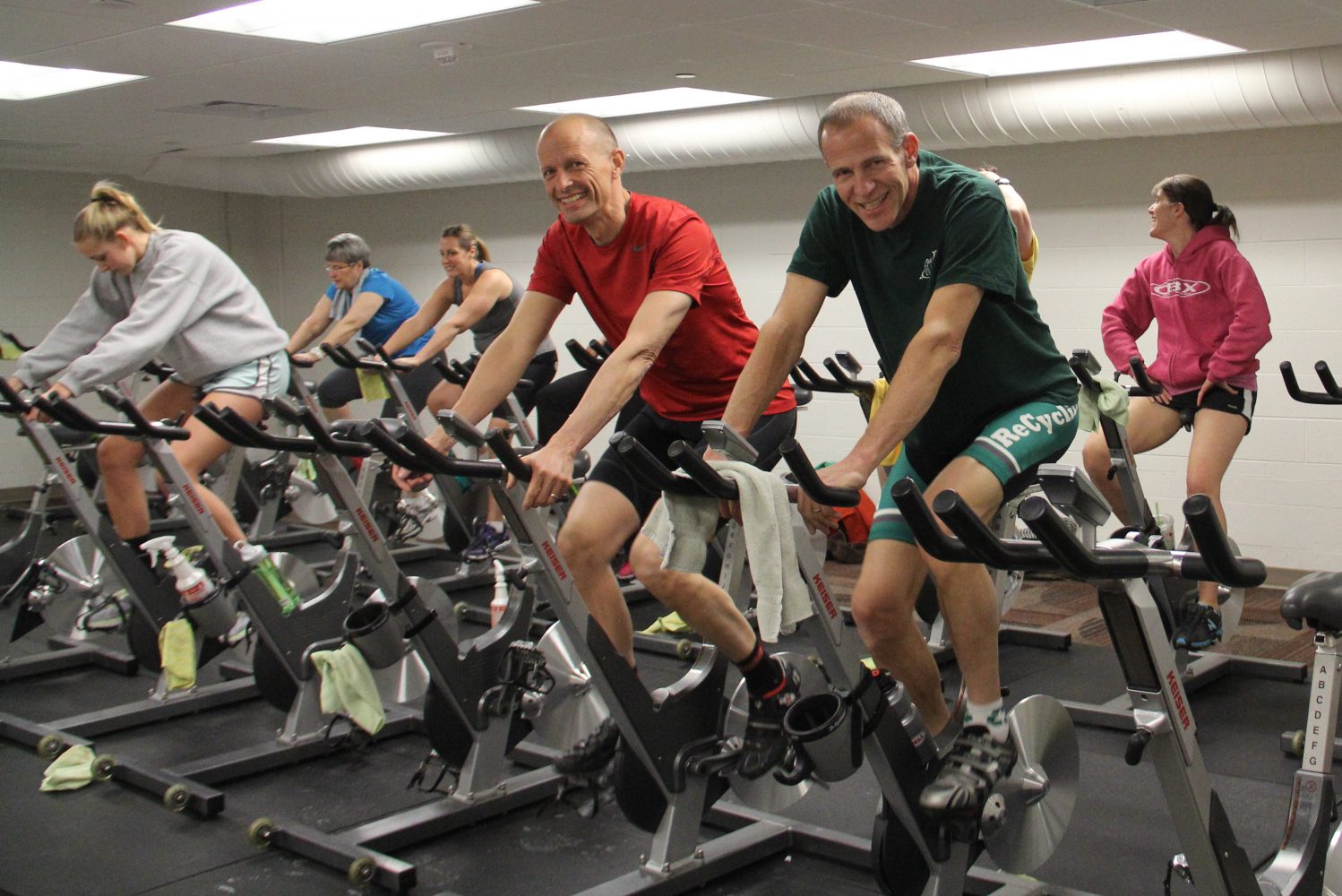 A 12-hour spinning fundraiser in support of a Calvin professor will occur on March 7, from 6 a.m. to 6 p.m. The event, called “Spinning for Darren,” is in support of Calvin professor Darren Proppe of the biology department. Professor Proppe is currently battling a recurrence of lymphoma, a type of cancer affecting the lymph nodes.

Michael Wildschut, a Calvin event coordinator, and Heather Chapman, a Calvin environmental health and occupational safety officer, will be holding the event and riding the entire 12 hours.

Wildschut and Chapman lead the Healthy Habits spinning classes, and Professor Proppe has participated in these classes for two years.

After learning that Professor Proppe was diagnosed with low-grade follicular lymphoma, Wildschut and Chapman knew they wanted to help.

“You become friends with the people you work with and exercise with,” Chapman said, “and I like to think of the Calvin community as extended family…We both came up with the same idea of holding a spin-a-thon, and it seems appropriate since it also represents a passion of Darren’s.”

Wildschut and Chapman will be supported by fellow faculty members, students and members of the community during the fundraiser. Faculty members will participate by riding, donating money and providing food for the event.

Professor Proppe’s commitment to spinning has made an impression on both his fellow spinning classmates and his doctors.

“Darren’s doctors were a little alarmed at his low resting heart rate,” Chapman said. “They thought maybe something was wrong. It turns out his commitment to spinning and pushing himself over the past couple of years has helped to improve his health and, in turn, lower his heart rate.”

Chapman stated that the fundraiser will help support Proppe and his family during a difficult time of increasing medical bills.

“This is also a way for the Calvin community to come together and show support for one of their members that could use help and prayers,” Chapman said.

Professor Proppe expressed his gratitude for the organization of the spin-a-thon.

“I am honored to have such a great group of people rallying behind me,” Proppe said. “Their fundraiser will help defray my medical costs, and also reminds me that I am not alone in my continued battle against cancer.”

He continued to reflect on Calvin’s support of his battle with cancer.

“Calvin’s support has been clear and sustained,” Proppe said. “I have had so many faculty, staff and students support me through emails, letters, comments on our blog and financial contributions… I am incredibly thankful and happy that God has provided for me to return sooner than I expected.”

Chapman has received encouraging feedback in response to the event.

“The response has been overwhelmingly positive,” Chapman said. “Many people will be riding throughout the day, bringing snacks for the riders or donating money.

Wildschut has also experienced a positive response to the event.

“I’ve received several emails, or people have stopped me along the path to thank Heather and I for organizing this,” Wildschut said.

Students are encouraged to get involved with the effort by riding during the event, donating money or providing gift cards for Proppe. Students who want to ride should contact Wildschut at [email protected]