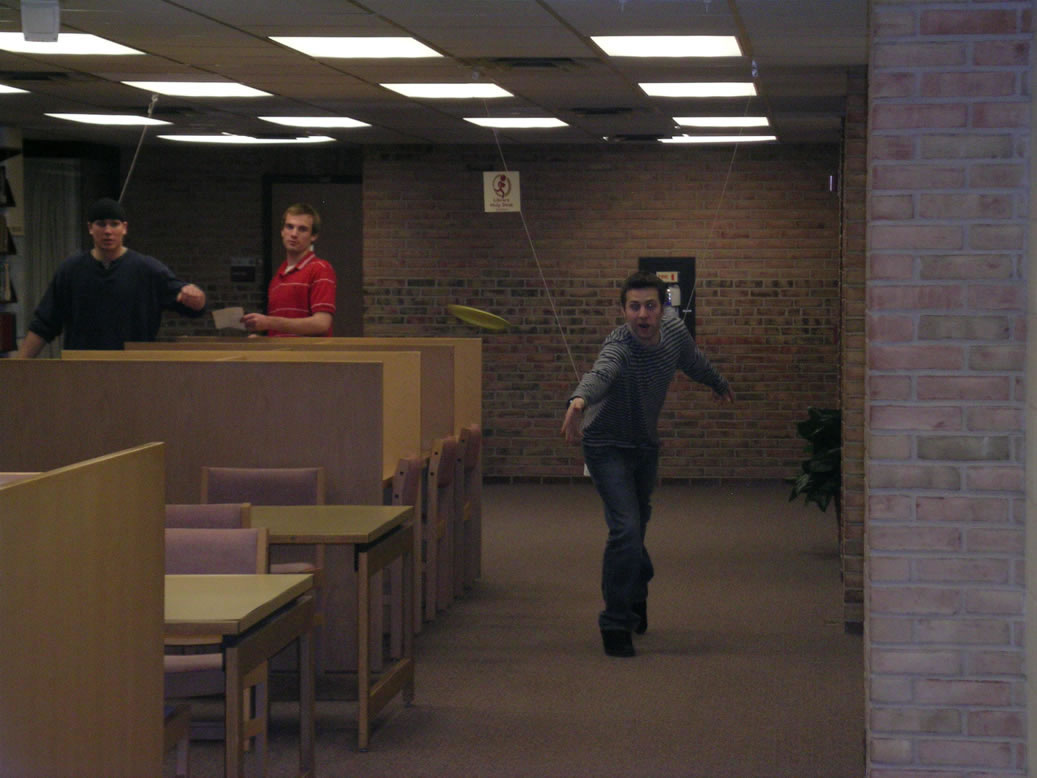 If you are a student, faculty or staff member of Calvin College or the Calvin Theological Seminary, then you would be considered eligible for the Hekman Library’s 10th annual Disc Golf Tournament on Friday, Feb. 28, at 8:30 p.m.

Each year, every floor in the library is turned into a golf course for one evening. The first 32 teams to sign up are accepted, while other teams are put on a wait list should teams back out. The 32 slots are currently filled.

“How often do you get to have fun in the library?” Remelts asked. “I like to mix things up and do unusual things. What’s more opposite than combining sports and recreation with something non-physical and related to the mind? Up until a few years ago, our tournament was the only one in a library.”

Senior Stephen Dyksen, who played in the last three tournaments, also looks forward to playing a sport inside the Hekman Library.

“It’s an opportunity to throw Frisbees in an area where you’re usually not allowed to,” Dyksen said. “Most people that sign up have done it before, and most people who have done it before really enjoyed it. My cousin and I typically team up and see if we can beat our previous score. I’m looking forward to playing with him again.”

Remelts went on to say that the event usually gets enough student interest every year.

“I hardly have to advertise it anymore,” he said. “I send an email to last year’s players and they usually reserve more than half the slots. A week or so after I announce it to the entire student body, the slots are full with a waiting list. We have to limit it to 32 teams. Any more teams and the course is too crowded.”

Although Carla Moyer, Hekman Library’s circulation coordinator, says she cannot take part in the tournament this year, she spoke on behalf of the library staff when she said that an evening invested in this experience would be well spent.

“All of the library staff looks forward to having the students come and experience the joys that the library has to offer,” Moyer said. “I would certainly recommend signing up right away.”

For more information regarding the upcoming tournament, email Remelts at [email protected] or visit http://library.calvin.edu/events/disc_golf.