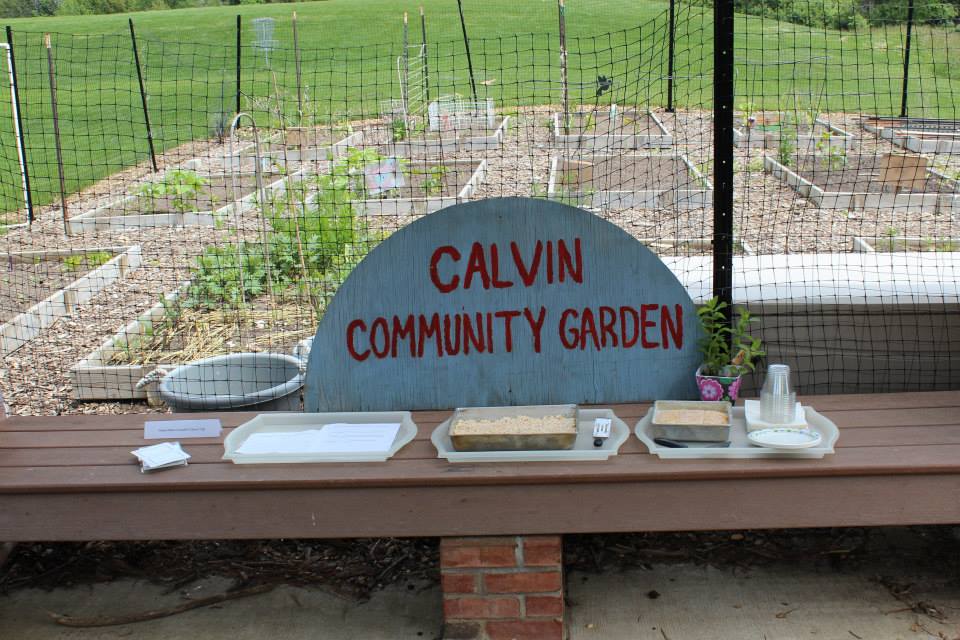 A proposal for the construction of a new community garden near the east edge of campus on Hampshire Street is up for approval this week. It is likely to be approved, and work will begin when the snow melts this spring. This change will accompany the current community garden plot by the KE apartments.

According to the proposal, the garden will serve as a research and teaching space for students and members of the community. It will give them the opportunity to practice and learn about the best methods in sustainable urban farming through hands-on involvement.

This fall, students in Biology 123 classes had the opportunity to interact with the garden as they investigated the soil composition of the site to best determine strategies for planting while learning about food systems and issues.

“Through that I became inspired to get involved with what I eat and coming up with a proposal for a new community garden gave me a new appreciation for the work that goes into living an organic and sustainable life,” said freshman Paola Koki.

The hands-on, experiential learning will be used to complement many biology and interim courses while having the potential to be used in the curriculum of a wide variety of courses including English, art and engineering.

Intended projects include using some of the space for the Calvin beekeepers club, experimentation for rainfall collecting as well as edible landscaping options that potentially will be used around campus.

“I am a huge advocate for the implementation of the Hampshire Garden because it is a tangible composition of many of Calvin’s values. A new, integrated location promotes the importance of caring for creation together through every season and helps students to visualize what it is like to reap the benefits of the land God has given us.”

Another purpose of the garden is to produce vegetables, fruits, and herbs to be served in the campus dining halls.

To implement this, the garden committee will use a seasonal rotation of crops aimed at maximizing the output and sustainability of the space. Much of the produce harvested will go to dining halls and some will go to the creation care and outdoor recreation floor in van Reken and those interested in local and sustainable food.

This will be done through environmental research at the Hampshire site on various experimental methods that could be used by gardeners at the KE, or by others in the Calvin community.

In order to make the Hampshire garden a possibility, a new Calvin campus gardens governance team is being established to deal with both the planning and execution of the garden.

This committee will include the faculty and staff co-directors, biology professors David Dornbos and David Koetje, Henry Kingma from the Physical Plant, and student garden managers and committee leaders.