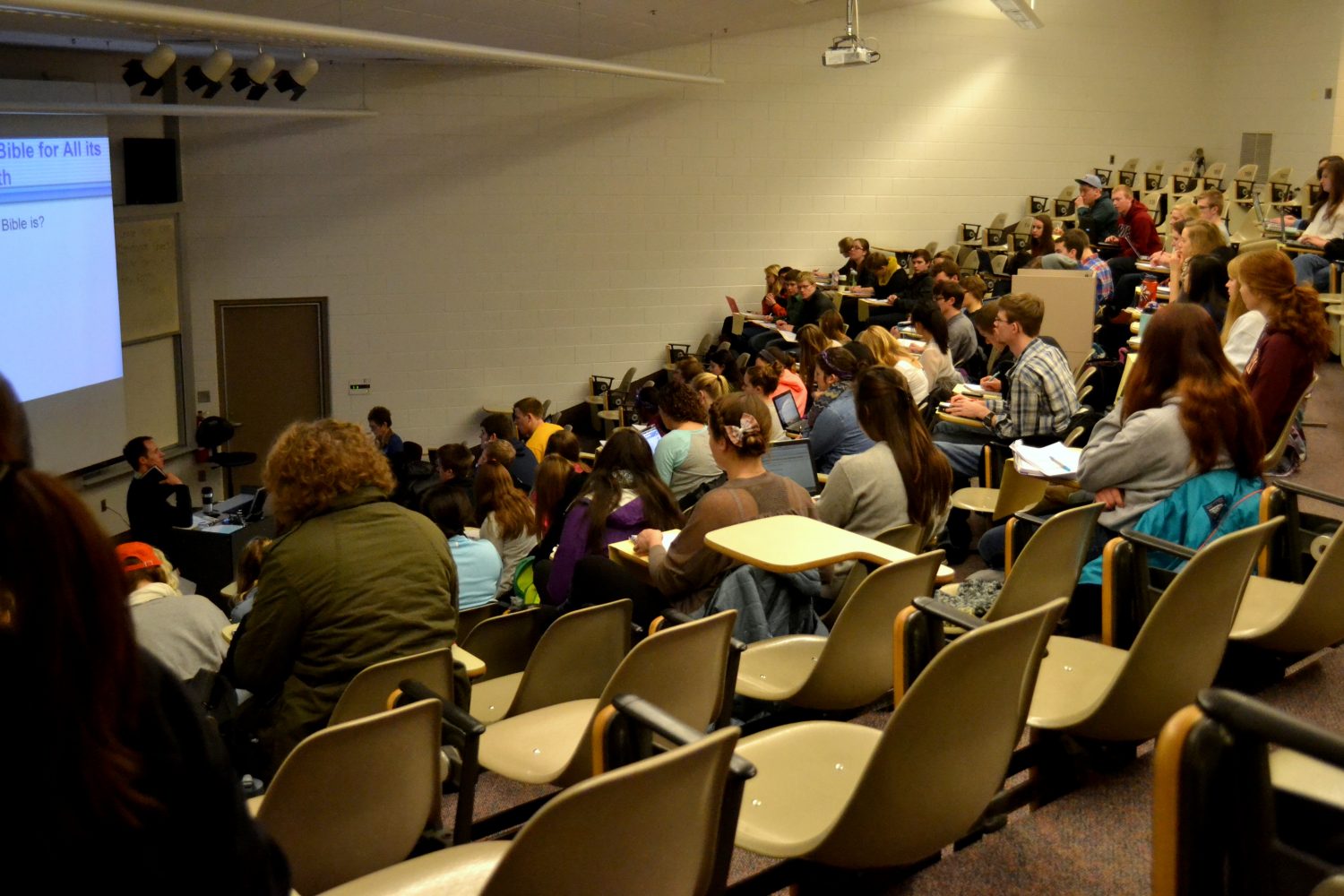 Professor Snyder, who oversaw the class, said that this project was part of the research-oriented class.

“Every semester we run projects for different clients,” Snyder said. “What we are trying to do is to understand the situation and the environment — what are the competitors doing? What are the macro courses out there? What’s happening with the economy and politically?”

The point of a master’s program would be to try to appeal to a new type of student.

“The college is thinking about if we should attract new types of students to learn at Calvin, and if so, how,” business professor Leonard Van Drunen said. “Master’s programs would be one such way. The business department faculty has some ideas about how that might work in business.”

Unlike traditional businesses, educational institutions have less leeway in what they can do. The focus of the project was to examine what would be best for Calvin.

“The business model in an educational setting is more constrained on what you can do,” Snyder said. “You can do a few things but not too many. We pitch to them what we think is the best-case scenario. Is this something that is feasible, or are there issues to it?”

Provost Claudia Beversluis said some of the push for graduate programs comes from increased outside interest.

“People sense that Calvin has been a leader in a lot of academic things, so the next step in leadership seems to be graduate education.”

A key part to a reevaluation of the strategic plan is what those who are invested in Calvin think about what the college should do.

“One of the things we did is to have our various stakeholders to have a voice, to tell us what they think about certain aspects of the college and what they think the college should be doing. As part of that, people funneled up some ideas of what programs we could run,” Snyder said.

However, Snyder said students were only looking at a small piece of the strategic plan, and it would be up to the college to decide to implement a master’s program.

“We’re not going to do anything that doesn’t fit with the nature of the college,” Snyder said. “The worst thing you can do is to say, ‘yeah, we think you should do this,’ even though it’s a terrible fit for the college.”