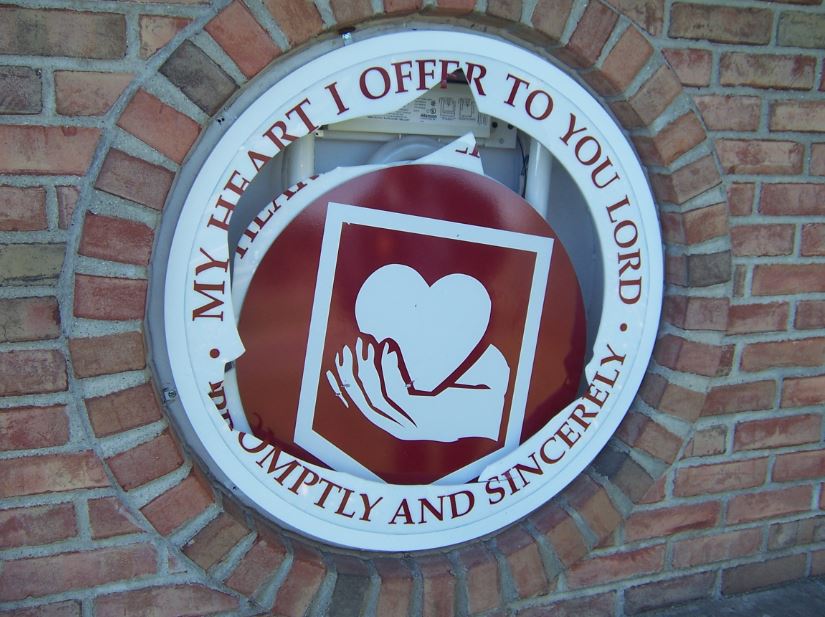 “I would encourage anyone who knows anything about the persons responsible for causing the damage to contact the campus safety department,” Corner said.

The Calvin College sign on the west side of the East Beltline south of Lake Drive had already been vandalized four times this academic year: Aug. 8, Sept. 21, Oct. 14 and Oct. 31.

Corner says he strongly suspects the occurrences are all connected to the same perpetrators.

“I have no reason not to believe that all these acts of vandalism were committed by the same people,” Corner said. “I don’t know what their reasons would be for these repeated acts of vandalism, but it will be my recommendation that the college pursue criminal prosecution of the persons responsible for these senseless acts of destruction once we have them identified.”

Corner said that fixing the damage caused to these signs will be both physically and financially challenging.

“It costs approximately $1,000 in materials and labor each time that sign has to be replaced,” Corner said. “A preliminary estimate to the three signs that were damaged on Nov. 27 would be over $3,000. Damage over $1,000 is a felony, which is what these people are looking at.”

“The Grand Rapids police have been notified of these incidents and we are working with them to identify the suspects,” Corner said.

Senior J’nee John, one of many students who had seen the signs after the vandalism, wonders what this could mean for Calvin overall.

“I want to know who’s responsible,” John said. “Was it a prank by a student? Does somebody have something against us or against Calvin? I [also] know that we have money issues. It’s unfortunate that now we have to put money into fixing that.”