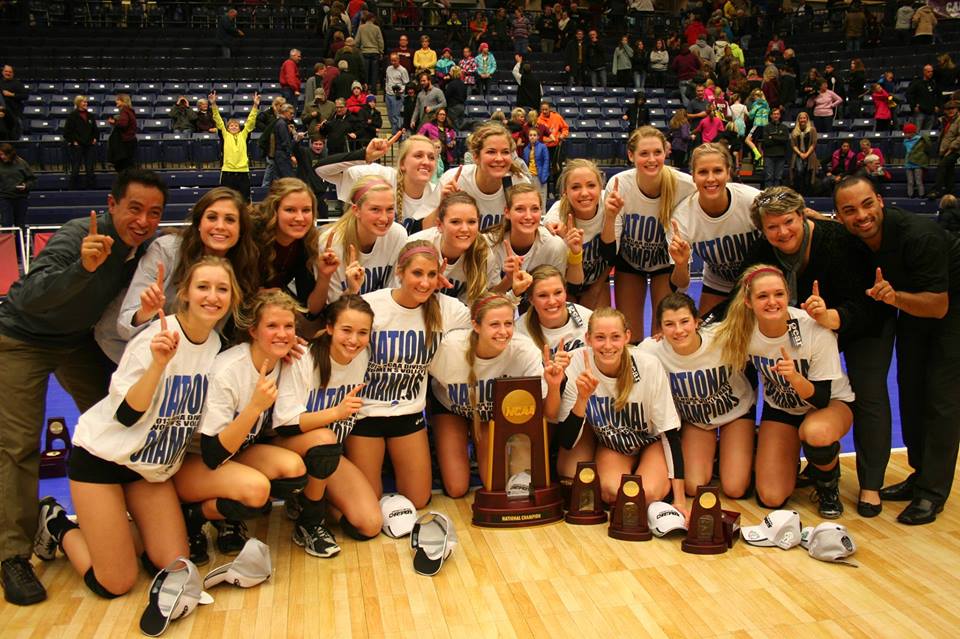 The Calvin volleyball team added a couple more accolades to its belt this past month as three players gained All-American recognition, as well as senior Megan Rietema earning AVCA National Player of the Year honors.

Rietema is no stranger to Division III awards, as she was the NCAA freshman of the year her first year and has been a first-team All-American the past three years, while being named first-team All-MIAA all four years.

A versatile threat on offense for the Knights who stuffs the stat sheet (she averages 9.8 assists, 1.9 kills and 2.6 digs per set), Rietema was the centerpiece of Calvin’s attack.

With her securing the title of National Player of the Year, a Calvin athlete has now won that award three out of the past four years (Rebecca Kamp in 2010 and Lizzie Kamp in 2012).

Joining Rietema as a first-team All-American for the first time in her career is sophomore outside hitter Maggie Kamp. Kamp had a breakout year taking over as Calvin’s first option on offense, leading the Knights with 4.1 kills per set and a .318 hitting percentage.

Also receiving All-American accolades for the first time in her career is junior middle hitter Emily Crowe. Crowe thrived in Calvin’s offense in 2013, averaging two kills per set and hitting an efficient .311.

Her biggest contributions were on defense, however, as she averaged a block per game and was one of the main reasons Calvin was able to hold its opponents to negative hitting percentages in many key sets during their title run.