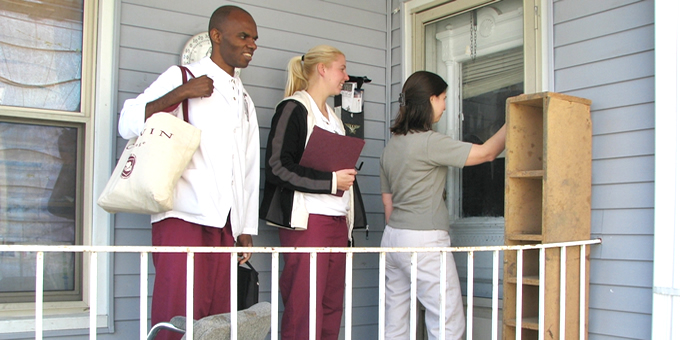 Future Calvin nursing and engineering majors may be charged slightly more tuition than other students in the coming years, according to recommendations from President Le Roy’s cabinet released Monday.

“There is renewed motivation to know exactly where all of our dollars are going,” academic dean Stanley Haan said. “The idea is that where there are extra costs that are clearly identifiable and that benefit a small group, then that small group can bear the extra cost rather than have it be supported across the college.”

For the nursing department, the extra cost stems from the required eight to one student-faculty ratio.

“There’s tremendous cost built into both of those programs,” Provost Claudia Beversluis said. “In the case of nursing, the cost is the student-faculty ratio that has to be maintained for clinical safety, for the community work that we do and for accreditation reasons. They are the least efficient.”

The plans are not finalized, but leaders are approaching final steps in the coming month and a half: hearings are scheduled for community members on Friday, then the planning and priorities committee will recommend cuts to Le Roy, who will recommend them to the board of trustees in January.

Nursing majors are already charged a $1,300 fee per practicum course, which comes out to $2,600 per year for juniors and seniors.

“We already charge them a fee,” Beversluis said. “The nursing and speech pathology students both pay, but the fee doesn’t cover the inefficiency for nurses. It’s one way of recouping some of the extra costs. We’re just exploring it.”

The engineering department refused to comment about the recommended increases.

However, there has been pushback from the nursing department. A memorandum was sent to the office of the president regarding the proposed changes.

“This needs to be put in context of what is there,” Cheryl Feenstra, department chair of nursing, said. “We don’t think they are looking at the big picture.”

The memo mentioned the fees already in place. It also said nursing costs are less than they would be because the nursing department uses 61 percent part-time instructors, who do not draw benefits and who are not paid as much as full-time staff.

The memo also offered several suggestions in lieu of raising tuition. One was to better utilize the fees already collected and another was to work with development to raise endowment funding.

Beversluis said the proposed changes would not affect current students and would still be a couple of years down the road.

Beversluis also said the proposed changes would only affect students in their junior and senior year.

Students, however, are unsure about proposed changes.

“It all depends on how much tuition would rise,” senior engineering major Grant Mathews said. “It’s good they wouldn’t make you pay all four years, but it seems like there would be hard feelings once you are committed to the program and the tuition rises.”

Beversluis said that due to the strength of the nursing and engineering programs, the proposed changes would most likely not hurt enrollment.

“There are probably other programs that for whom the [students’] costs don’t cover,” Beversluis said. “But professional programs are a bit easier to have the differential tuition for because enrollment is strong, and the job market is quite strong.”

Both Beversluis and Haan stressed that these adjustments were tentative, but that if the document passes, many things would have to change.