German major could be in jeopardy, other languages under pressure 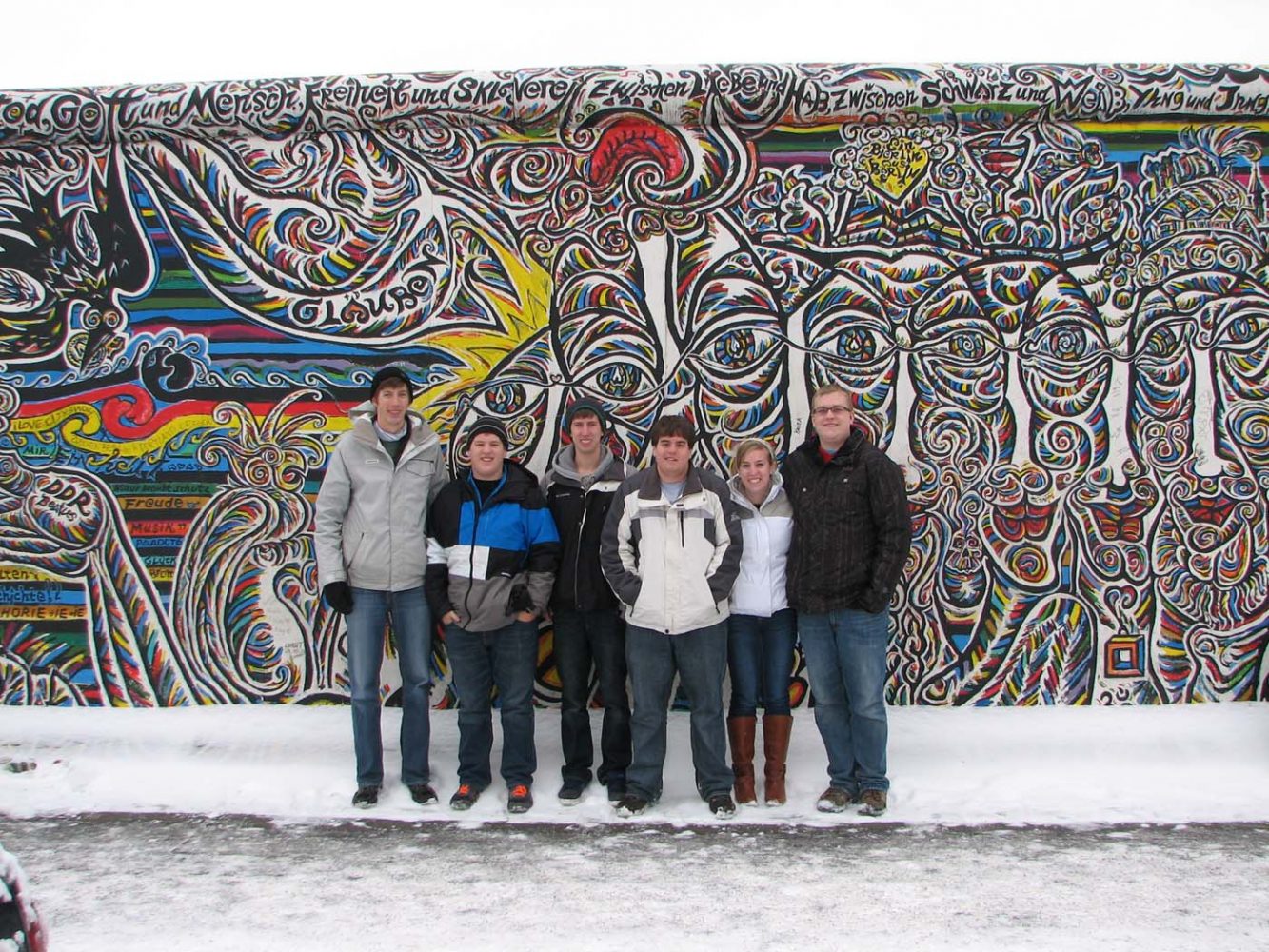 As the largest spoken language in the European Union, with 50 million speakers and more than 100 million speakers worldwide, German is the language of one of the driving world economies, according to Herman De Vries, professor of German.

Yet, Calvin’s German major could be in jeopardy, according to recommendations from Le Roy’s cabinet released Monday.

“The faculty-teaching ratio for each program should approach 16 to 1,” stated the prioritization report. “The [German] program does not have enough graduates to meet student-faculty ratios.”

“What’s challenging in this era is being bilingual is not something students are looking for. I wish more of them would,” said President Michael Le Roy. “With current enrollment, it was pretty clear we weren’t going to be able to sustain that.”

Professors within the Germanic studies, however, were shocked to see their department in the report.

“We have a viable program,” said De Vries. “Last year we had nine grads and 10 minors.”

“The decision is not fully clear,” said Corey Roberts, professor of German.

No plans are finalized, but leaders are approaching final steps in the coming month and a half: hearings are scheduled for community members on Friday, then the planning and priorities committee will recommend cuts to Le Roy, who will recommend them to the board of trustees in January.

If the board of trustees approves the plan in January, a final decision will be made on eliminating or reducing the major by May.

Regardless of the decision, current German majors will not be affected by this change.

“Current majors will be seen through until 2017,” explained Pennylyn Dykstra-Pruim, professor of German. “Any student that enters Calvin with the opportunity of this major will have this option.”

“Graduates who can speak German have a leg up, since Germans like to speak German,” said De Vries, “but it wouldn’t be fair not to offer this to prospective students.”

German is one of the leading languages in the world, according to Roberts, so the elimination of the program would be eliminating student opportunities.

“By cutting the major, the many opportunities of the German language will not be offered, such as the off-campus Interim,” Roberts said.

This year, the Interim to Germany celebrated its 40th year in existence, but now it is under threat.

“There has been a consistent demand for this upper-level travel abroad experience,” De Vries said. “Nearly 1,000 alumni have taken part in the German Interim over the past four decades. Many went on to major or minor in German.”

The cutting of the major could also affect the scholarly work of Calvin’s professors, as they would fail to meet the prior standards.

“Professor Dykstra-Pruim has written two successful textbooks that have been used in 70 colleges including Harvard and Middlebury,” said De Vries. “However, the quality of future work could be challenged.”

In addition, the other world languages are under pressure, with the cabinet recommending that departments reengineer their programs in attempts to attract more majors.

“Any major program with fewer than 10 grads per year was also scrutinized,” explained Jolene Vos-Camy, professor of French. “French has averaged around 10 grads a year in the last decade, but our numbers were lower this past year, making us a target for reduction as well.”

Both the Japanese major and the new Chinese education major will have to reengineer their programs in pursuit of strategies that will increase their number of majors.

With careful course scheduling, these departments are confident that they could save Calvin more money than possible elimination would save.

“We think that with our counter proposal of collapsing courses, combining classes and cutting about three or four courses, while still offering the same availability, will manage the major more efficiently and therefore save the college the same, if not more money,” said De Vries.

Making cuts in any department is not an easy choice, Le Roy explained, but choices have to be made.

“Calvin has a strong representation in the languages and in the arts and we want to continue that: we just have to find new and better ways to do that going forward,” Le Roy said.