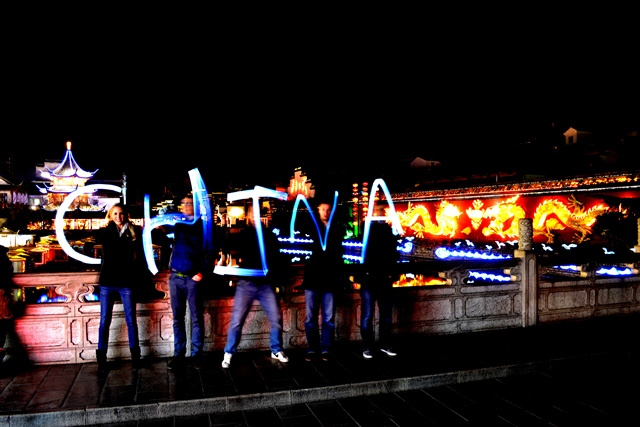 If you were to think of the highest demand for a foreign language in the United States, what language would it be?

If you answered Spanish, French or German, you would be wrong. It’s Chinese.

“There is a greater demand for teachers of Chinese in the schools in Michigan than there is even for teachers in Spanish,” said Larry Herzberg, chair of the Chinese department.

“This is in recognition of the fact that China is a rising superpower in the world. They’re the number two economy in the world, and in a decade they are predicted to surpass the U.S. in GDP… That translates into jobs for Americans and others in China.”

The program will be created using existing courses in the Chinese and the education department, and will not require any additional funding.

“The beauty is that it’s totally cost neutral,” Herzberg said. “All we’ve done is to combine the Chinese major with the education major. There are absolutely no new courses necessary and no cost for the college at all.”

Calvin’s attraction to the program stems from the fact that only 20 percent of education preparation institutions can offer teacher certification in Chinese.

“There are not a lot of colleges certifying people to teach Chinese,” Shari Brouwer, assessment coordinator of the education department, said. “So, we want to be entrepreneurial. There is a need in Michigan and nationwide.”

There are opportunities for employment as well because Chinese programs have also been featuring in more Western Michigan schools.

“In recent years, as many as eight area high schools have begun Chinese language programs,” Herzberg said. “And there are several grade schools that have Mandarin emersion programs… In Zeeland Christian schools, they started a Mandarin emersion program two years ago. Meadow Brook Elementary school, just a five- to ten-minute drive from Calvin, has a K-4 Chinese program. They have 50 students in each level… They’ve contacted me, and they’re interested in hiring Calvin grads.”

“A Chinese education major would help me explain Chinese to little children who do not speak Chinese,” Tian said. “I think it would provide me with more teaching strategies and guidelines than a Chinese major would.”

The Chinese department also sent out a survey to gauge interest in the major.

“We did a survey to see how many Calvin students might be interested in this major,” Herzberg said, “and there were nine or ten that expressed an interest. And I know there are several right now that are interested in doing it.”

The process of implementing the major is almost completed, the only other step being approval by the Michigan Department of Education.

“Everything’s going really smoothly,” Brouwer said. “We have to get it approved by the Michigan Department of Education, which might take a couple of months. Our goal is to get it in next year’s catalog.”