Nearly 2,000 enjoy Light in the Night on Halloween at KE 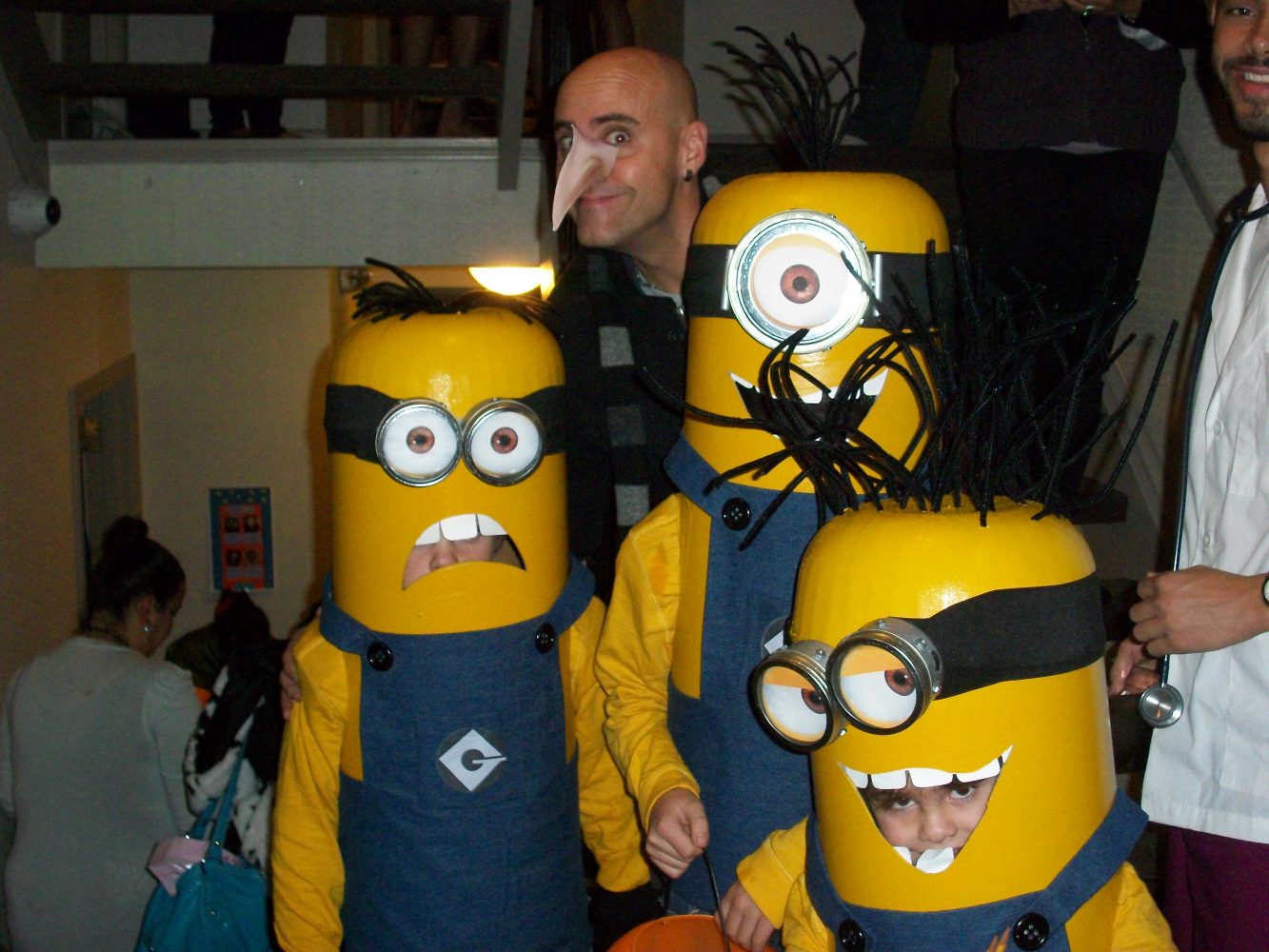 What do you get when you cross 11 decorated apartments, well over 300 hours of work and 22,000 pieces of candy?

A whole new world. At least, that’s what it felt like for the children trick-or-treating Thursday night through decorated halls of the Knollcrest East (KE) apartments.

Two thousand parents and children converged on the apartments for the 19th annual Light in the Night, an evening of safe, warm and (mostly) dry trick-or-treating.

“It’s been awesome! They’ve really taken back the holiday from so many other Halloween options,” Brant Porter said of the event. He came for the first time with his wife Mary and their three smiling children, dressed as “Despicable Me” minions.

Parents and children were guided through each of the apartment buildings, all decorated with a different theme, from “Alice in Wonderland” and “Kung Fu Panda” to Mario World. KE residents dressed up according to their building’s theme and handed out candy outside their doors.

“I just hope to make some child’s night,” said senior Kirsten Gustafson, who dressed as Princess Peach from Mario World for the evening.

She did just that, when a six-year-old boy came up to her and said, “Princess Peach! I’ve been trying to save you my whole life!”

But the evening wasn’t just about fun and games, though the abundant candy and carnival games ensured this. Josh Song, a third-year resident assistant (RA) in KE, reflected on the purpose behind the event.

“[The night] is a chance for KE students to meet and bless members of families from the community,” Song said.

Annie Mas-Smith, area coordinator for the KE apartments, said that many people don’t realize how much of a community outreach the event is.

“For many who attend, this is their only connection to Calvin,” Mas-Smith said.

Megan Peshek, an RA in Heyns Hall, said that a surprising number of students don’t know about the magnitude of the event, that it reaches far beyond the Calvin community.

“Don’t you mean MidKnight Madness?” was the reply Peshek received from some students who confused Light in the Night with MidKnight Madness, an event planned on the same night to promote Calvin’s winter sports’ seasons.

Mas-Smith said the goal of Light in the Night was to provide safe and welcoming trick-or-treating for those in the Grand Rapids community who might not otherwise have the opportunity. Each child was also encouraged to bring a canned good item for donation.

The event almost doubled in size from last year. Mas-Smith thought this might be because nearly every media outlet advertised the event, and it was one of the few indoor trick-or-treating events in Grand Rapids.

“It’s the number two spot in the city for trick-or-treating,” said Kathryn Knox, an RA in Gamma. The event was only second to a seven-day Halloween event at the John Ball Zoo that charged $7 for admission.

But Light in the Night did not come together overnight.

“My RAs worked really hard,” Mas-Smith said. “It was one of the best years for decorations.” She also thanked Jana Biegel, assistant area coordinator for the apartments, who did a majority of the long-term planning.