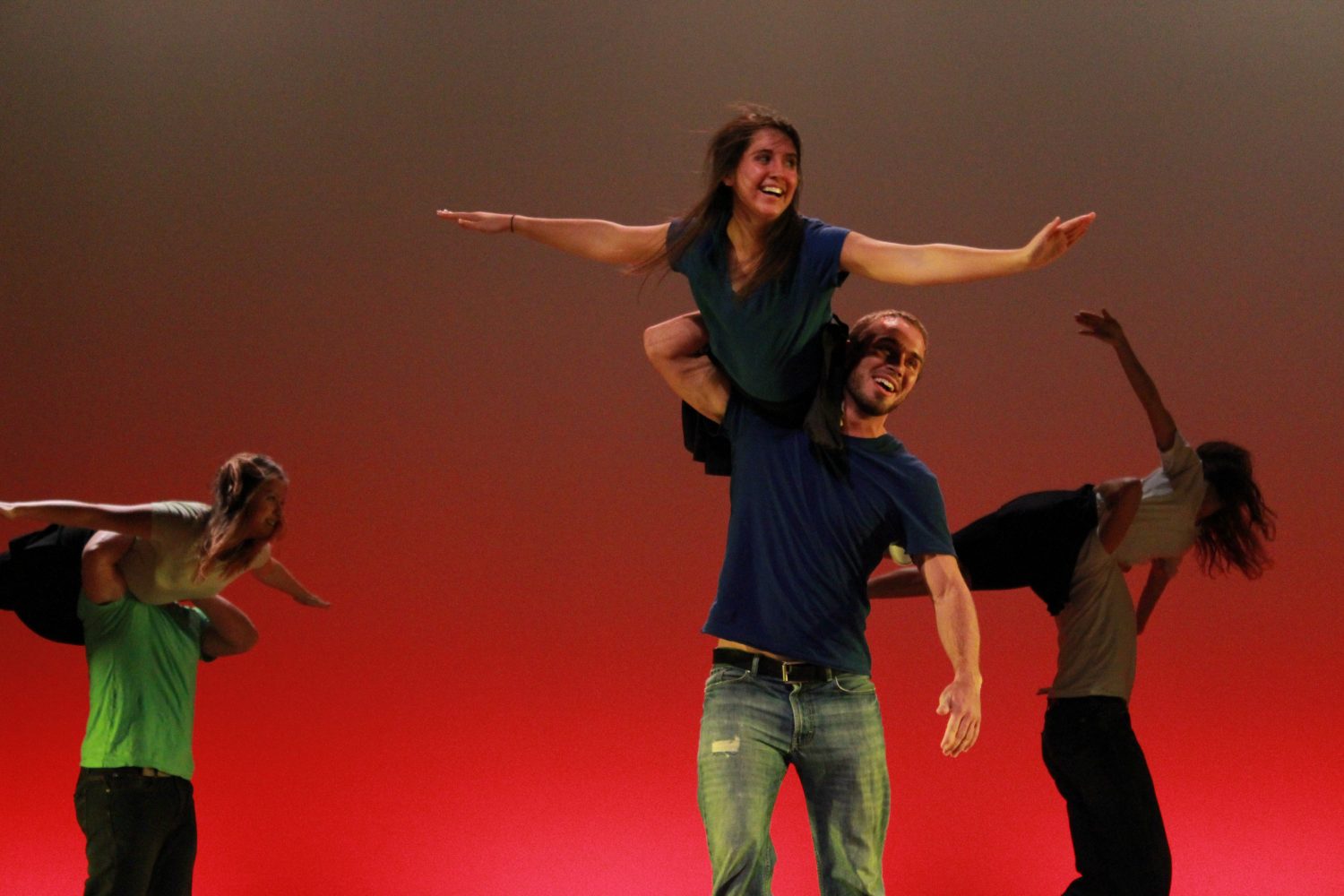 Last year, students of Calvin College hosted the school’s first Student Showcase, not only as a way for students to show what they could do, but also as a way to initiate President Michael Le Roy into Calvin.

While Le Roy didn’t attend this year’s showcase on the evening of Oct. 26, the performance’s audience was filled with people rooting for friends participating in the event.

The acts in the show varied with “For the Kids” (the winning group of last year’s Airband), a cello quartet, two acts from last year’s Rangeela, improvisational poetry, Africapella and a comedy video created by last year’s Calvin’s Got Talent winner Michael Ribbens.

“I’ve never seen any of it before, so it was really cool to see what Calvin does,” freshman Rachel Den Haan said.

As a whole, what impressed viewers the most about this year’s showcase was the variety of the acts.

“I was impressed with the variety of the performances,” Jason Shaffer, resident director of Bolt-Heyns-Timmer, said. “So many student groups were represented. Each act was unique. I loved hearing different places in the crowd go crazy when their friends came on stage.”

“The night was so fun!” she said. “We’ve got such diverse talents at Calvin. Starting with the emcees for the night who set a welcoming and fun tone to the way in which people were willing to put themselves out there for the enjoyment of the crowd. I liked that there was video as well as live performance — just great variety. The thought went through my head that Calvin is just a richer place interculturally because of our students from around the globe  who have so much talent — singing, dancing, acting. And again, just willing to share and hope that it will be received well.”

By the time Student Showcase was ready to begin at 8 p.m., the audience had completely filled the mezzanine and began to fill the balcony in order to see the show. The people in attendance varied from children to students to adults to staff and faculty members of Calvin. Shaffer was grateful that people of all ages could enjoy the show.

“I really appreciated the respectfulness of each act,” he said. “My wife and I took our four kids to the show and I was really grateful that the humor was clean and the attire was modest. Other than the moment when some dude came out in a gorilla mask and almost made my daughter cry, the kiddos had an awesome time!”

Hoogstra also had a lot of praise to offer for the night.

“The ‘For the Kids’ act was just a hilarious time,” she said. “The wigs! The dresses! The drums! The costume changes. Juxtapose that against the cello virtuoso performance. Amazing too. And the poem is still resonating in my head. What he spoke — so true. Lastly, the audience is encouraging, supportive and just plain great. Liked it all.”

While the audience enjoyed it overall, some viewers had their own opinions on what they wanted to see and what they didn’t.

“There were a lot of Rangeela acts, which I liked,” said Den Haan, “but if you’re not into that then it wouldn’t be very interesting.”

“They showed a video of some of the students dancing, and I would’ve preferred to see more of that in person,” she said.

Overall, everyone at Student Showcase — attending and performing — seemed to enjoy the evening, and the performance was a success, leaving the audience hungry for more.