Lee continues discussion on issues of sexuality and the church 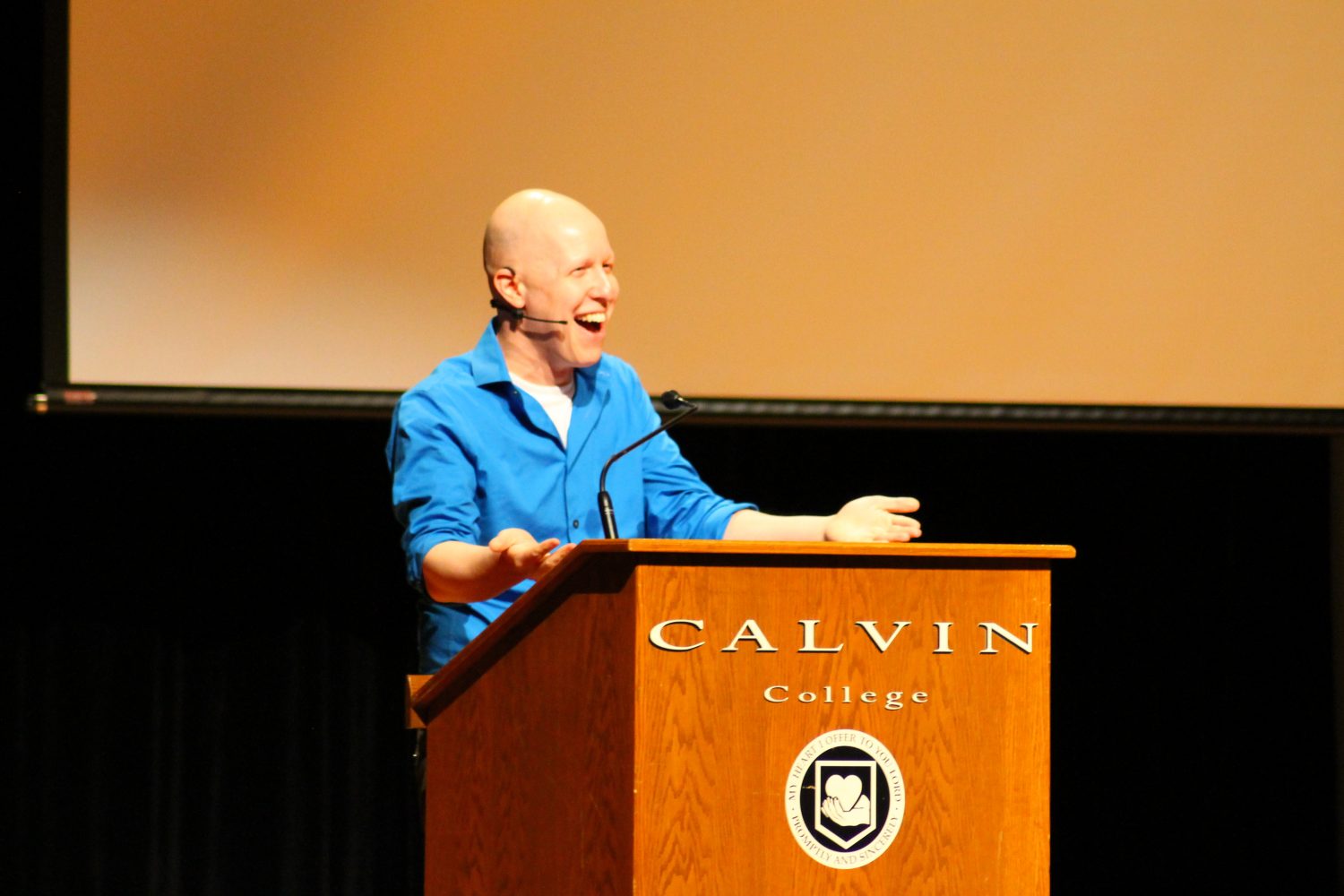 Speaker and activist Justin Lee balanced wit and sensitivity in his talk “The Ex-Gay Movement” on Tuesday afternoon in the Covenant Fine Arts Center Recital Hall.

Lee, founder and executive director of the Gay Christian Network, a nonprofit interdenominational organization serving lesbian, gay, bisexual and transgender (LGBT) Christians and those who care about them.

Using a combination of humor, personal stories and theological background, he focused on the church’s need to reevaluate the ex-gay movement’s attempts to change the sexual orientation of gay Christians.

“If we’re serious about offering appropriate care, love and grace to folks who are lesbian, gay, bisexual, transgender, etc. … we need to understand what went wrong [with the ex-gay movement],” Lee said.

Lee’s talk, co-sponsored by student organizations and Calvin organizations including Sexuality and Gender Awareness (SAGA), Broene Counseling Center and Residence Life, was the second part of a mini-series on homosexuality and the church that began with last Tuesday’s speaker, Wesley Hill.

Growing up as a conservative evangelical in a Southern Baptist church, Lee understood homosexuality to be a choice and a sin.

Even after acknowledging his own same-sex attraction, he maintained his stance against homosexuality.

“I sought out ex-gay ministries and tried to become straight,” Lee said.

Ex-gay ministries, as Lee explained, began as the result of a theory stating that homosexuality is a sin that is the result of poor parenting. Thus, ex-gay ministries like Exodus International began to provide therapy to those with same-sex attraction to help “repair” their sexual orientation.

However, when Lee began realizing his sexual orientation and the same-sex attraction of his peers in the ex-gay community was not changing, he started to reexamine the thought process of the ex-gay movement.

“The problem with the ex-gay movement was the failure to listen to other people’s stories,” Lee said. “For the vast majority of people, sexual orientation does not change.”

Lee explained that the ex-gay movement’s attempts to change people’s sexual orientation have only led to destruction.

“Ultimately, the church has focused its efforts on opposing the ‘homosexual movement,’” he said, “rather than saying, ‘Hm, more and more people are being honest about what’s going on in their lives — how ought we to respond to them as human beings?’”

Sexuality Series Director Julia Smith explained in her introduction that Calvin holds to the position of the CRC in matters of human sexuality as articulated on the topic of homosexuality in 1973 and again in 2002.

“Two key aspects of those reports,” Smith said, “are that same-sex orientation is not to be considered sinful and that sex is meant as a gift for a man and a woman within the covenant of marriage.”

Although Lee disagrees with Calvin’s and Hill’s stance that consummated gay relationships are unacceptable to God and gay Christians ought to remain celibate, he made it clear that his purpose in speaking at Calvin was not to debate varying political stances, but to encourage the church to love its members regardless of differing views.

Smith discussed Lee’s perspective in an interview before Lee’s talk.

“His primary concern is for the church that we shouldn’t beat each other round the head about this issue,” Smith said. “We can find ways to talk together and live together peaceably to talk about our disagreements, but in the end to just love one another.”

During the question and answer time after his presentation, Lee challenged Calvin to discuss the ways it can care for and support the LGBT community here on campus in light of its Christian Reformed stance on homosexuality.

Lee’s challenge to the Calvin community was to ask more questions.

“If we’re asking [gay Christians] to be celibate,” he said, “where do we provide avenues for companionship?”

Lee concluded by emphasizing the importance of listening to others in bettering the church’s discussions regarding LGBT issues.

“We can state facts all day,” Hankins said, “but to hear real stories and how these issues of sexuality affect someone’s reality really helps you grasp it so much more.”

Hankins went on to stress the importance of these discussions in a place like Calvin.

“Our college is being thrust into a world where homosexuality is no longer a taboo topic,” he said, “so it’s important that we know how to talk about it well.”

“I think it’s really helpful, especially at Calvin and in the Christian Reformed world with the particular stance that was outlined multiple times during the discussion, to hear someone who is openly discussing their sexuality as a gay person,” Lodge said.

Alongside fellow senior Kellan Day, Lodge will lead her four-week group through Lee’s book “Torn,” which describes his personal story of self-acceptance and provides insight into this conversation regarding the LGBT community in the church.

Lodge hopes the meetings will lead to fruitful conversation regarding LGBT issues that will spread beyond the book groups and into the broader Calvin community.

“I hope that the people who participate in the book groups can go out from them into the campus and be people of dialogue who are more informed about the ‘issue of homosexuality’ so that this can no longer be an abstracted conversation, but one that involves people’s stories and people’s lives,” Lodge said.