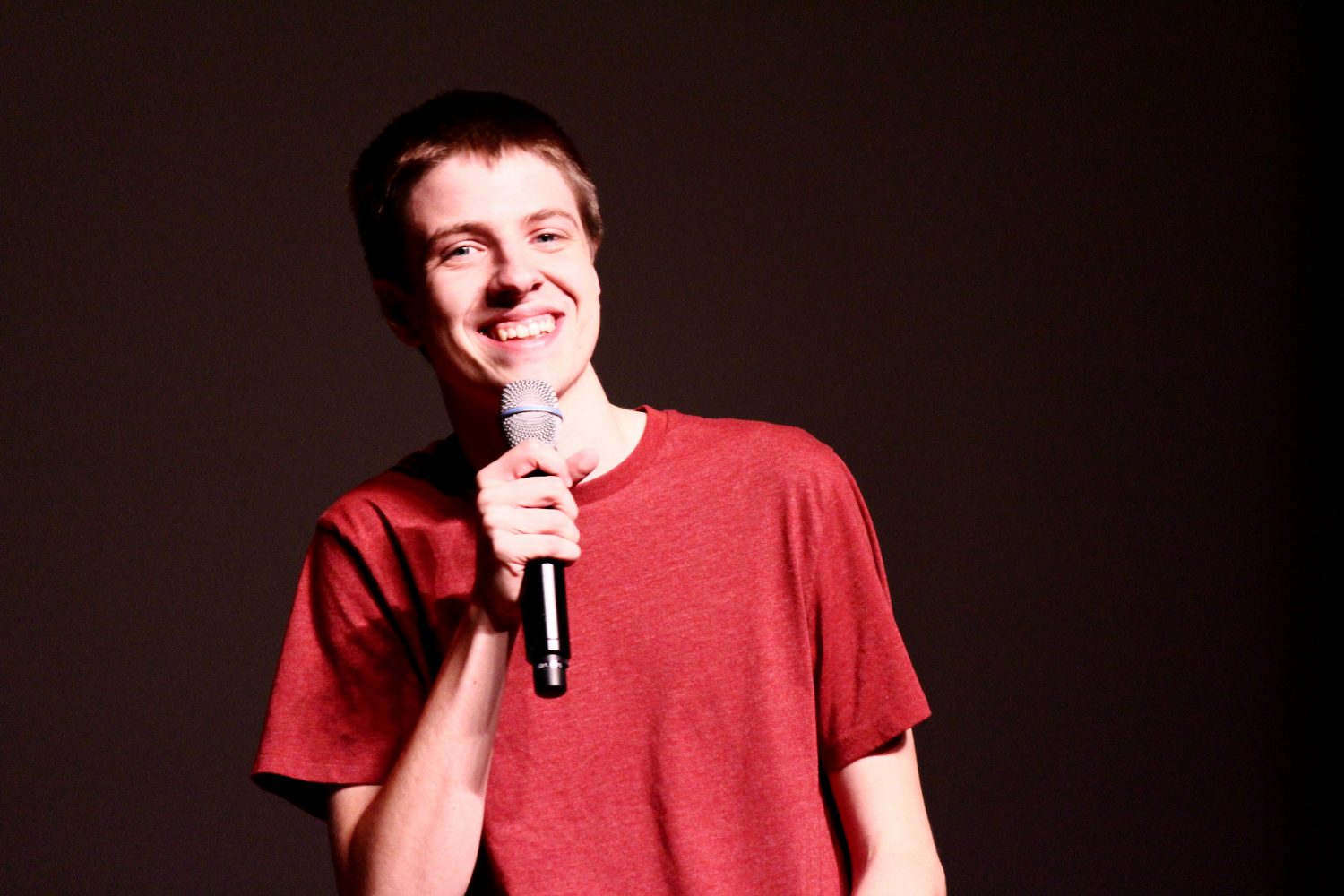 Ribbens’ first stand-up performance was at Calvin’s talent show last year, which he won. This past summer, Buck Fridays approached him asking if he could do it again. Ribbens was more than happy to accept the offer of a second performance.

But the prospect was also daunting. He had to come up with a lot of new material, and he was worried it wouldn’t be as good as the first time.

“I was worried there would be an actual sophomore slump,” he said. “I’m literally a sophomore now.”

Ribbens was also concerned about playing for an audience who had already seen him.

“This time it was different because I had the expectation of ‘OK, well, this guy should be funny,’” he said. “In the first show there were low expectations, because I was a freshman doing standup in a talent show.”

But having experience on his side was a plus.

“I was less nervous and more relaxed,” he said. “It wasn’t as much of a rollercoaster ride as last time. Last time it was very crazy because it was all very new … I had a lot more fun this time; I got to enjoy it.”

Ribbens’ only public performances have been at Calvin, but he has also helped produce YouTube videos called “How to Do things,” which he describes as “instructional but not instructional type videos.” He also practices his comedy through Facebook statuses.

Ribbens said he tries to write a joke every day. He keeps these stored in a Word document, but he also writes them on his door to share with floor mates. To him, it’s a matter of discipline.

“It’ll be like one in the morning,” he said, “and I’ll just be standing at my door like ‘think…what’s funny, potatoes? Something about pota-no, I already did potatoes.’ And my roommate’s like, ‘go to bed — you don’t have to do that,’ and I’m like, ‘yes, I do.’”

Comedy, he says, requires practice and a lot of trial and error.

“Like 98 percent of the jokes I’ve thought of are like … so bad,” he said. “It’s kind of terrifying because it’s so easy to be funny around your friends, but then to bottle it to the point where you can just have your voice amplified and say it at strangers with no context, that’s the hard part.”

“It’s not just saying jokes,” he said. “It’s telling jokes; to make it feel natural but still be prepared is the tricky part.”

Ribbens said he currently has no plans to pursue a professional comedy career. His main goal is to finish college, but he says he’ll always have comedy on the side.

“It’s good to know that I could at least kind of do it, but I still want to get my degree,” he said. “If my life really falls apart, I know that I can just stumble into some rinky-dink comedy bar and tell some jokes about food or something. It’s nice to have a fallback plan.”