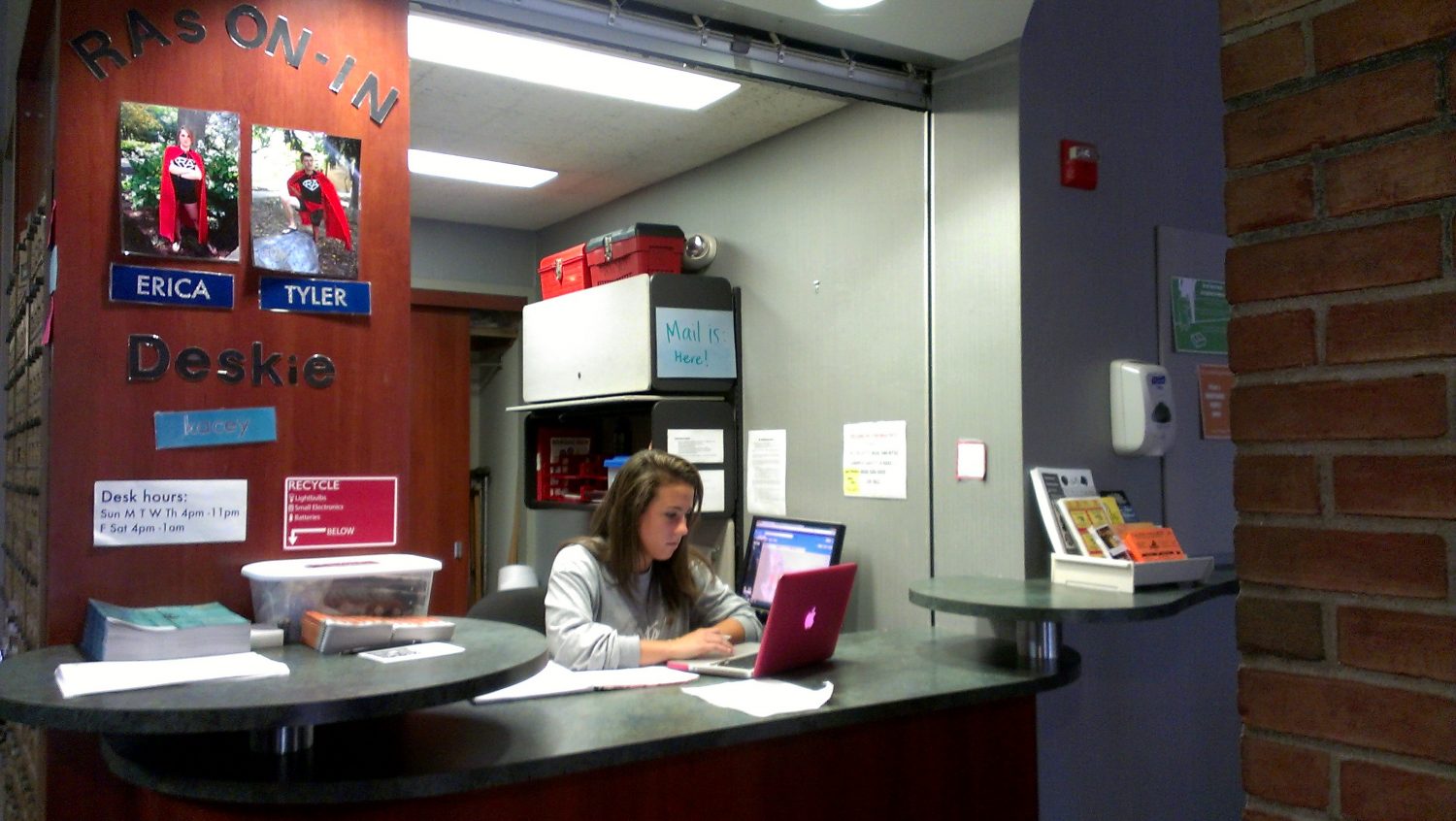 This year returning resident assistants (RAs) were confronted with changes — the loss of a $250 returner stipend, assigned deskie hours and less community time with their floor.

“The returners were pretty disgruntled,” senior Atticus Getz said. “We all loved being RAs the first year. It’s come to the point where we love the job so much that we’re willing to make sacrifices, but it felt like a low blow.”

The cuts and added RA responsibilities were a direct result of the current budget shortfall, according to John Witte, dean of residence life.

“Every department at Calvin looked for responsible ways to trim expenses last year and residence life was no exception,” he said. “Providing front desk services in each building is a fairly pricey endeavor, given that we have seven residence hall front desks and one in the Knollcrest East apartments.”

Although the system varies from dorm to dorm, RAs cover the desk for two hours as part of their “on in” duties. RAs are usually on in around two times per week.

Getz thought that being at the front desk this much brings its own set of problems, such as a loss of hall community.

“Being on rounds is a great opportunity to have intentional time on your floor because you are there anyway,” he said. “That’s what I did last year all the time. Now, any intentional time I would spend, I spend it [at the desk.]”

Junior Christina Pickett echoed his sentiment, but also cited some benefits to being a deskie.

“You get to know more people than those who are just on your floor [by being at the desk],” she said. “But it is a little bit frustrating because they say when you are on in, you should be present on your floor, and if you’re deskieing that makes it really difficult.”

Along with a loss of time on their floors, returning RAs lost the $250 returner stipend that was assured for RAs working their second year. They also have not received any extra compensation for being at the front desk.

“For this year, the weekly desk hours were included in the RA job descriptions as an in-duty night function and so there was no compensation for this,” Witte said. “We are already essentially paying RAs to be in buildings on in-duty nights, so this formalizes what they do while on in-duty.”

Besides the loss of the stipend and added hours, Getz found the quick training session for deskie duties to be inadequate.

“They expect us to be professional deskies and then they gave us 40 minutes of deskie training that was just a blur,” Getz said. “I’ve made multiple mistakes at the desk job since I haven’t been properly trained.”

But not all returning RAs felt the same way as Getz. Senior Corrie Baker was more tolerant of the changes.

“Most of my friends at state schools who RA have to deskie. Calvin is one of the last schools to have RAs that didn’t deskie,” she said. “I don’t think it’s a huge life-changing issue. I have residents who come out and talk to me.”

While responses to the increased RA duties and the cuts have varied, the change was expected to bring some flak with it.

“We knew this change from the past wouldn’t necessarily be well-loved, particularly for any RAs who were returning from the previous year,” Witte said. “But I’ve been encouraged by the willingness to try this and the open attitudes they’ve displayed.”