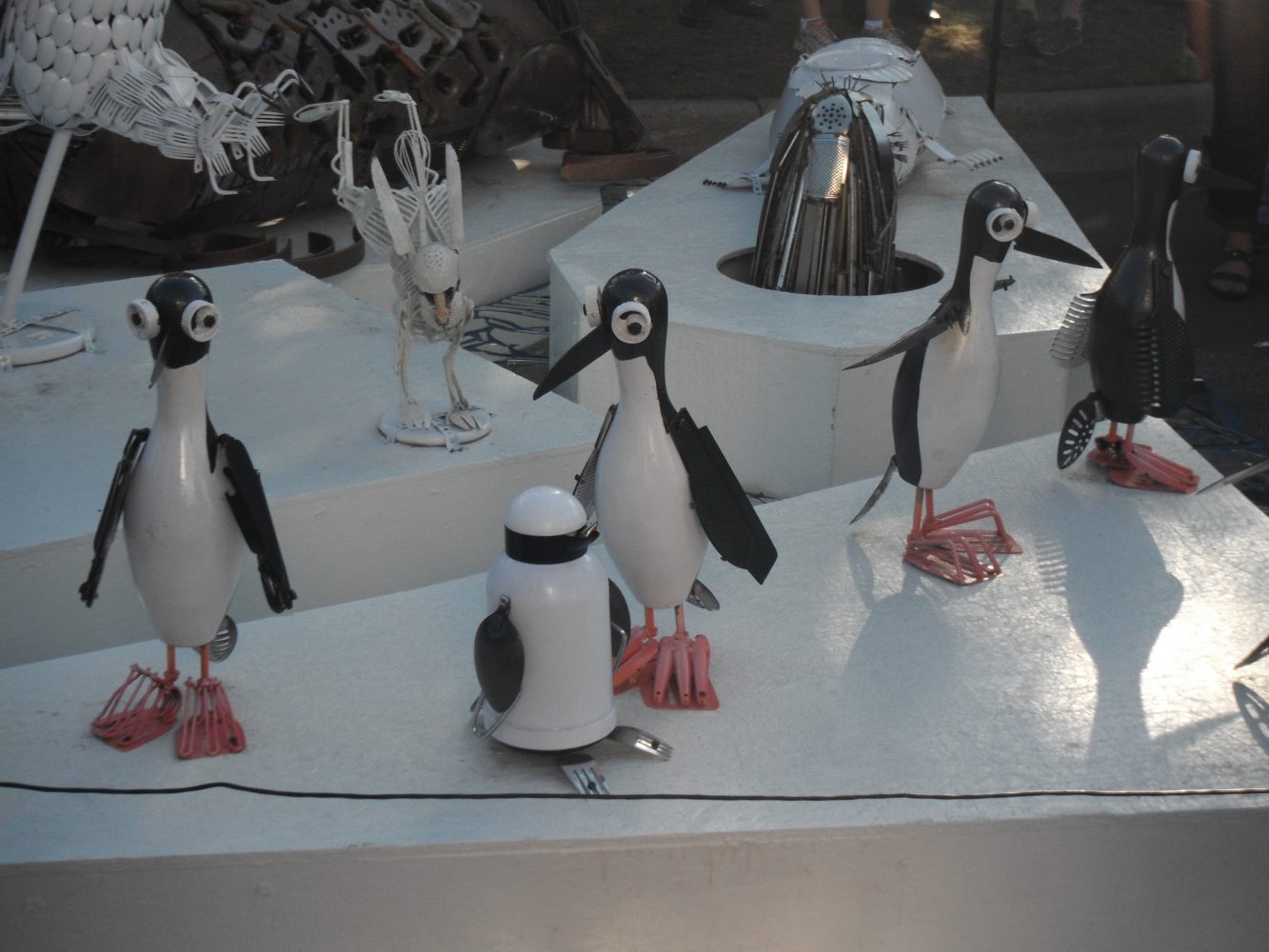 With a giant hummingbird sculpture, pandas made out of old tires and a mosaic of President Carter made entirely out of peanut shells, ArtPrize has swept into Grand Rapids. The event officially began Sept. 18 and continues for 19 days, until Oct. 6.

“The interesting thing about ArtPrize is that it’s everywhere downtown,” senior David Ryou said. “It’s just covered in art. It really gives the city some flavor.”

The ArtPrize event began in 2009 when entrepreneur Rick Devos created a grassroots competition that allowed the public to vote for their favorite art. After the first year that featured over 1,200 artists from 41 states and 14 countries, ArtPrize has only grown.

Last year, the event hosted 400,000 visitors, who are introduced to the city and its downtown.

“It was a great experience; it opened me up to Grand Rapids,” senior Chanmin Anh said.

ArtPrize winners are chosen by viewers who vote to distribute the $560,000 of prize money, which is given to the top ten artists. Yet the prize money pales compared to what the local economy gains from the event, which has been estimated to be $15.4 million.

To make voting easier, a mobile iPhone and Android application (app) is available. The app contains a feature that finds ArtPrize pieces that are close to the user and allows viewers to register and vote.

Along with the app, several self-guided walking tours are offered to aid viewers. The tours start from Rosa Parks Circle and are marked by signs on the ground.

However, Ryou notes some of the best works are in unexpected places. “You’ve really got to look around,” he said, “The art’s everywhere — inside and outside of buildings and on the ground.”

The unexpected is key in the event. ArtPrize enables lesser-known artists to exhibit their art and to get their name out.

The first ArtPrize winner, New Yorker Ran Ortner, went from an unknown struggling to get by to having thousands view his painting, “Open Water No. 24.”

Anh, a New York native, enjoyed Ortner’s piece the most. “The immensity of it … It really looked like you were at the beach,” he comments.

Other entries in the past have included an 18-foot high, 100-foot long “Nessie” — a sculpture resembling the Loch Ness monster — in the Grand River and a giant hovering steam pig nicknamed Parsifal.

While Calvin College is not playing host to a steam pig, it is hosting venues on campus and at its downtown (106) art gallery at 106 Division St. SE. This year the gallery features the monochrome work of ten artists in the exhibition “DELINEATION.”