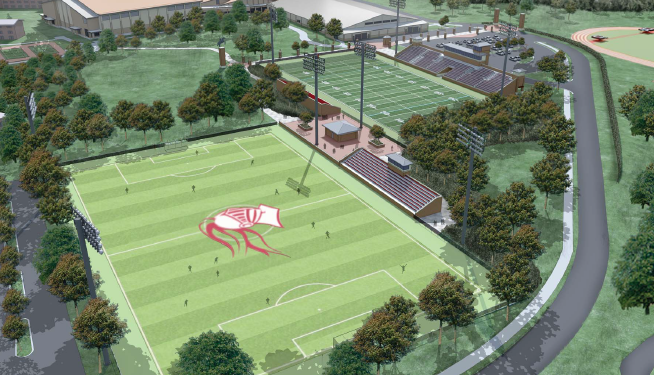 It is increasingly unlikely that Calvin will have a football team any time in the near future as the current budget situation has put expensive, albeit possibly beneficial proposals, like football, on the back burner.

Even so, this should not stop the Calvin sports community from speculating!  Our fall sports season alone has some spectacular athletes whose talents could immediately benefit a Knights football team that would look to remain undefeated.

Brink has the size (6’3, 190 lbs.), quickness and athletic ability to succeed as a legitimate QB.  Sure, he’s not a point guard, but he’s no stranger to ball handling and his court vision would be helpful with finding open receivers downfield. His sharpshooting ability wouldn’t hurt the transition to throwing a football, either.

Willis is always among the quickest players on the soccer field, and even has experience in track. He’d probably be too small to be a legitimate running back, but his speed, lateral quickness and backpedaling ability would translate fantastically into the role of cornerback.

Holstege would probably have to gain a few pounds to reach his linebacker ceiling, but the tools are all there. He’s the best decathlete Calvin has, which requires not only speed and athleticism, but throwing as well. His speed, strength and leaping ability would make him a dynamic player on the defensive side of the ball.

As defensemen on the lacrosse team, the Bosscher brothers are no strangers to hard-nosed play, and they both spent time at O-line at Grand Rapids Christian. Provided that they change the “freshman fifteen” to the “senior sixty” and the “junior jump in weight” (I’m sorry), they should be able to open up some holes in the opposing defense.

Mickey would logically follow in the shoes of other college-basketball-player-turned-pro-tight-ends Antonio Gates and Jimmy Graham.  His 6’7 frame and jumping ability would make him a huge matchup problem for opposing defenses. We’d have to see if he could also handle defensive ends coming off the edge.