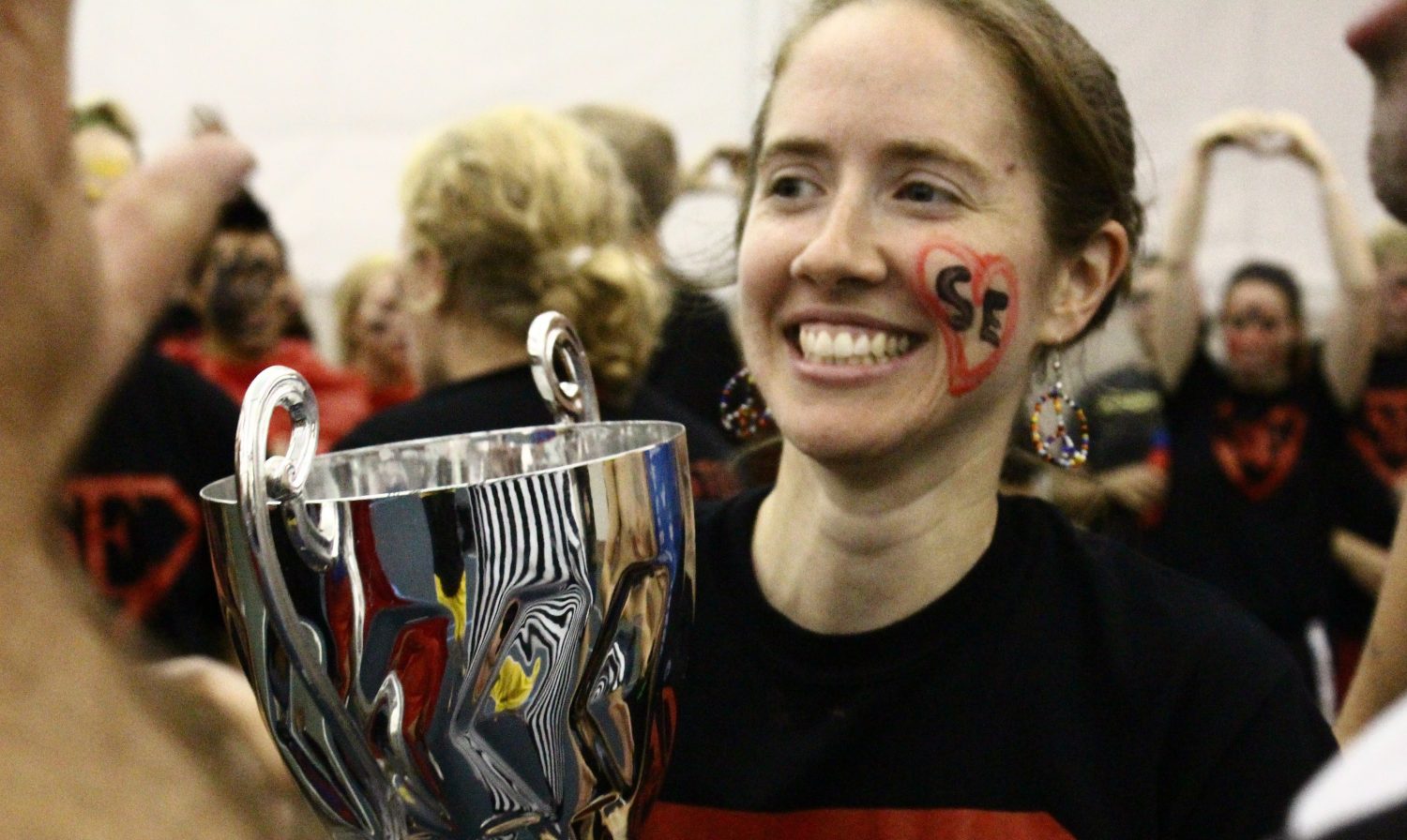 While Schultze-Eldersveld (SE) was not able to defend their first-place Chaos Day victory last year, they did receive the Cup of Perspective.

According to John Witte, dean of residence life, the Cup of Perspective is awarded “to the hall that displays the value of keeping it in perspective — like it’s not the end of the world.”

The award often goes to the dorm that comes in last place or a dorm that got disqualified for an event, said Witte.

For the four years that Emily Colledge has been resident director — 2002, 2003, 2004 and 2012 — SE has won Chaos Day. While her unbeatable streak was discontinued, Colledge was happy that SE won a trophy.

“Now I’ve won every single trophy you can win at Chaos Day,” Colledge said. “So I’m still the winningest RD in history . . . I’ve never had that cup before so I will drink deeply of that this year.”

“There’s a rivalry between RVD and SE that predates any of us,” explained Witte. “So it doesn’t surprise me in the least that that came out.”

Eric Brower, a sophomore in Schultze, was disappointed in the dorm’s loss, but knows that everyone did their best.

“We expected to win for sure, but we competed hard and came up a little short,” Brower said.

Although SE came in fourth overall, they did manage to win the coveted tug of war competition.

Luke Harkema, a freshman in Schultze, hopes that the dorm will come back next year to win Chaos Day. He is also glad that SE at least received the Cup of Perspective.

“It was a lot of fun. People were out to get us, but that’s how it goes,” Harkema said. “It’s a little humbling, but we’ll come back next year ready to win.”