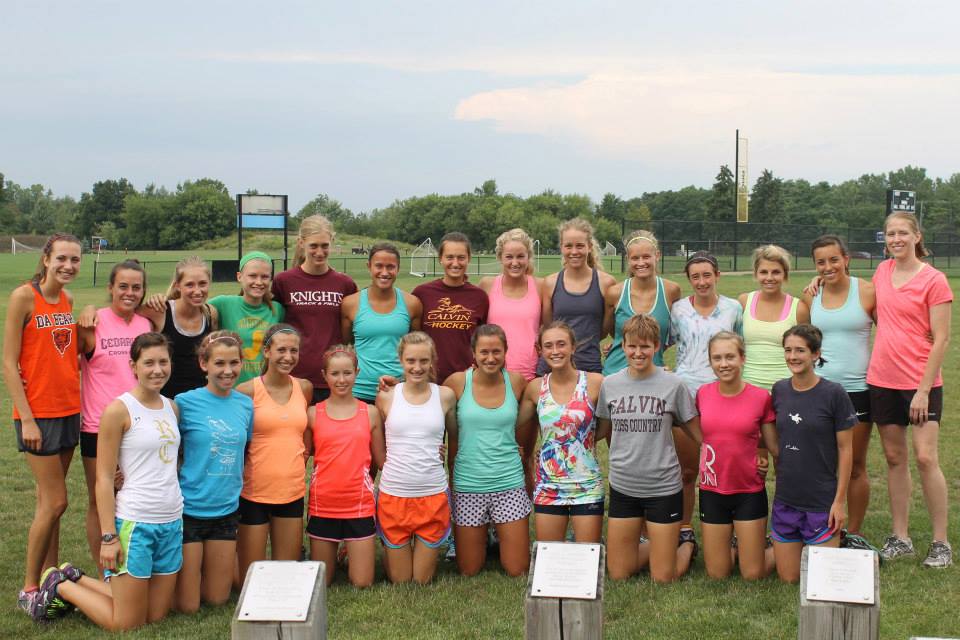 The Knights kicked off their season last Friday evening at the Andrea’s Classic on Calvin’s home course. The meet was small, consisting of Calvin and fellow MIAA member, Olivet. The Knights swept both races with top finishes coming from freshmen Cassie Vince and Zac Nowicki.

The women pushed through the hot, humid air to a solid performance. The pack was led by Vince and senior Alyssa Oram, juniors Sara Danner and Kimby Penning, and sophomore McKenzie Diemer.

Ranked No. 11 in the nation, the women return five of the seven that toed the line at the national meet last fall. With a strong returning group, they will be looking to reclaim the regional championship at home on Nov. 16 and for a good finish at the national meet in Hanover, Ind. on Nov. 23.

On the men’s side, freshman Jonathan Schaap, junior Steven Haagsma and freshmen Nate Van Haitsma and Drew Woznick rounded out the top five behind Nowicki. With a new crop of freshmen and a full year of development from the returners, the Knights are looking to rebound after losing six of their top seven from a year ago.

The story of the meet on both sides was definitely the newcomers. Vince, who is new to running, having previously run only one cross country season, is running herself into a position of positive influence on a veteran collegiate cross country team. As well as Vince, three other freshmen, Hope Gaffner, Lauren Strohbehn and Lauren Brink finished 8th, 9th and 10th for the Knights.

Freshmen Nowicki, Schaap, Vanhaitsma, Woznick and Robbie Hohlman (who placed 11th for the men) all were in the top half of the squad. In all, nearly half of the team is made of first-year Calvin students.

The next competition that the teams look forward to is the Knight Invite on Calvin’s home course on Sept. 14.