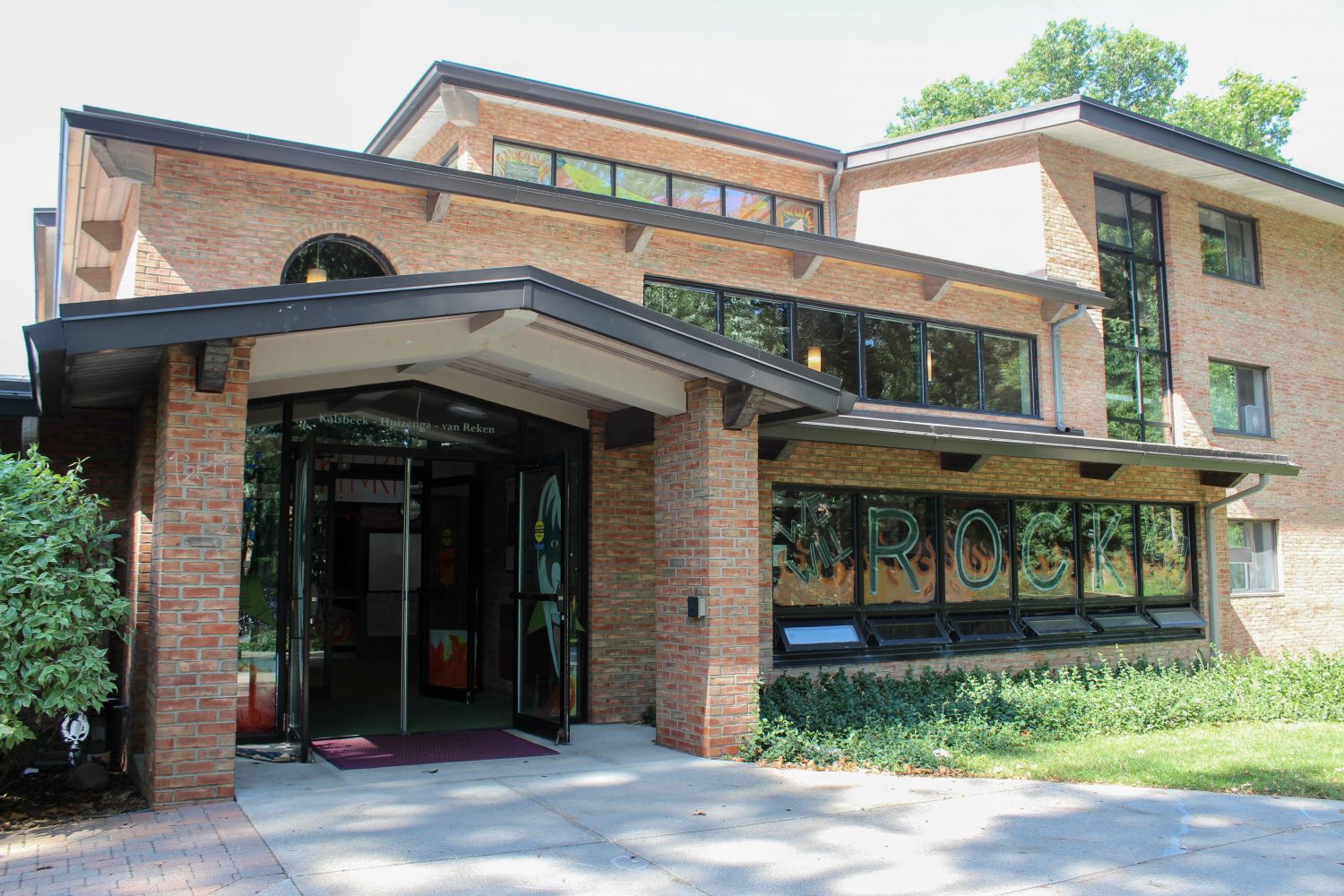 It has been seven years since Kalsbeek-Huizenga-vanReken (KHvR) last won Chaos Day, but residence life staff is confident in their chances of seizing the glorious first place this year.

“We are in the year of Jubilee, which means we’re coming home and KHvR is gonna win this thing. It’s biblical and it’s pretty exciting!” said resident director Laura Van Gelder.

“Every year we just keep getting stronger and this is the year that we’re gonna jump forward to first place,” she added.

“KHvR must win because all the freshmen this year look fantastic — they look ready to go. They have no idea what Chaos Day is yet, but they will soon find out and they will rock it,” said resident assistant Aaron Burghgraef.

Themed as rock stars for this year’s event, KHvR is determined to secure the gold, citing the dorm’s special anniversary.

“We are gonna rock this year, because it is KH’s 20th anniversary and vR’s fifth anniversary so it’s like the 25th anniversary of KHvR. It’s just our year, it’s our time and our dorm is looking so different and awesome,” declared Emily Finch, a resident assistant. “KHvR is gonna rock it ‘cause we are rock stars.”

When asked which dorms KHvR should look out for, Burghgraef replied, “We have to look out for Schultze-Eldersveld because Emily Colledge is back and she’s looking for her fifth, her thumb.”

Burghgraef is positive that KHvR will come out first, a leap from last year’s fifth place debacle.

“Look out, everyone else; look out, cereal; look out, Buzz Lightyear ‘cause we’re rock stars — we’re gonna rock them out of the park!” said Burghgraef.