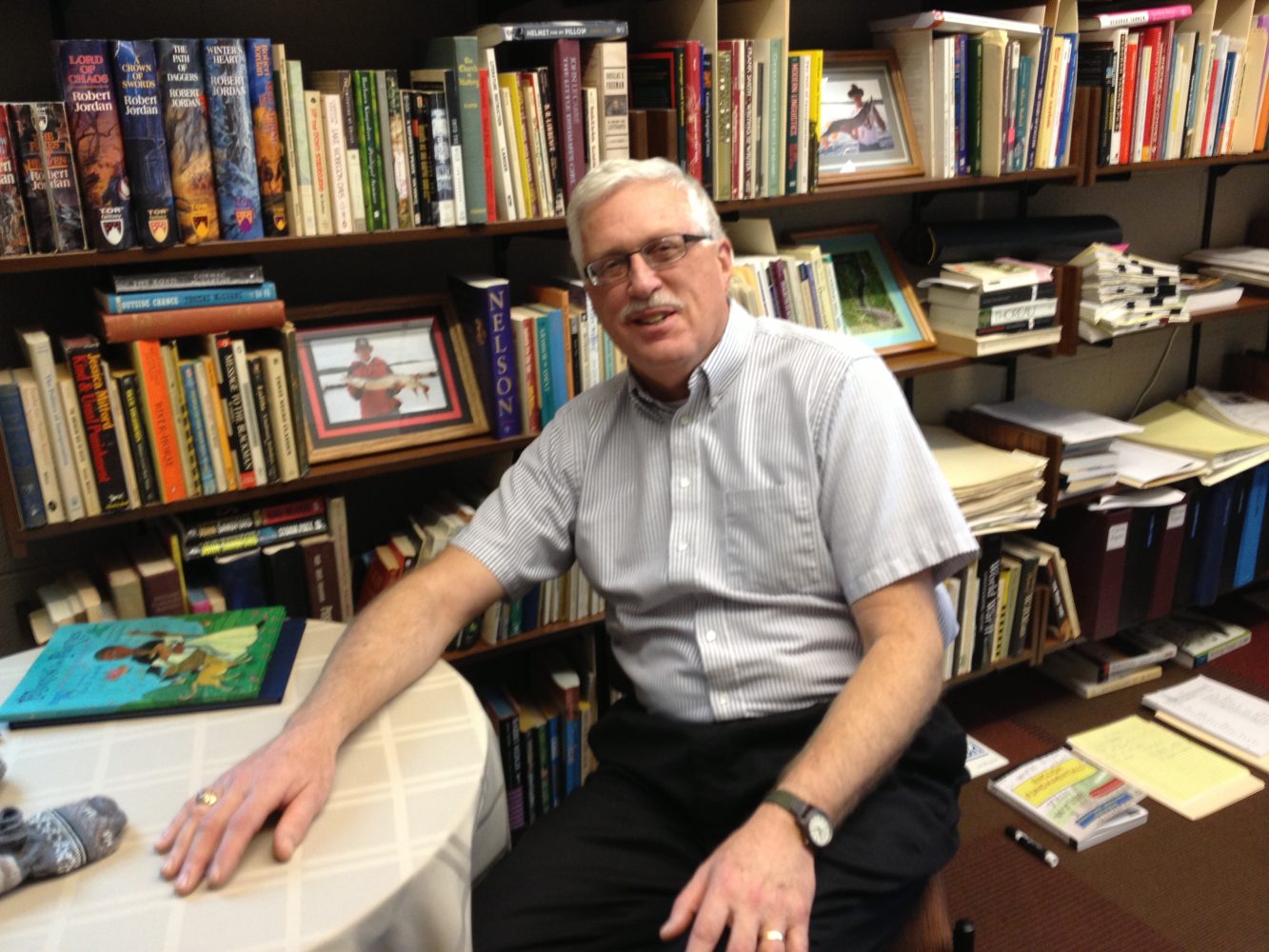 If you ask anyone about snowball fights at the English department’s annual writers’ retreat, one can easily remember the enthusiasm of one professor William Vande Kopple.

His ardor for the sport has yielded face washes and, as English professor Gary Schmidt recalls with a laugh, “He once had blood on his face and on his hand or arm but he loved it … he loved it.”

As a man who inspired countless lives as he embraced the role of colleague, friend, mentor and teacher, students and faculty say Bill Vande Kopple will always be remembered for his dedication to his students and his passion for teaching.

“I remember talking to him not too long ago. He thought of the fact that retirement shouldn’t be too far away for him, but he just couldn’t imagine retiring,” said graduate Mary Healy.

“He said he was at the peak of his enjoyment, that he was enjoying his job more than he had ever had. He just couldn’t imagine leaving,” she continued.

Both in and out of the classroom, Vande Kopple was a man of humor, always illuminating a radiant and witty sense of whimsical brilliance with those around him, students said.

“Whenever you took a class with him, he would start off every class period with something funny having to do with language: puns, silly guessing games, anagrams or all these funny things you could do with the English language,” said Abby Zwart, a recently-graduated secondary education and English major.

Vande Kopple’s colleague and co-chair of the English department, Elizabeth Vander Lei, also highlighted the comical side of the 63-year-old professor.

“He had a wonderful and terrible sense of humor,” said Vander Lei. “His love of puns is matchless and incomprehensible when you see how bad some of them are, that you could love something so terrible — and love them he did.”

Recent graduate Tyler Baas recalled that one of Vande Kopple’s significant approaches to teaching was his commitment to helping students ask and tackle the toughest questions in the discipline.

“He allowed himself to dialogue honestly with students about hard topics, asking us how we would respond to the difficult situations that our peers were dealing with,” said Baas. “By this I mean that he understood and helped us to understand that Christian community has a place in teaching and in our lives — it is essential.”

One of Vande Kopple’s unforgettable qualities was his constant willingness for intentional conversation and fellowship with people, said Vander Lei.

“I relied on him very heavily,” Vander Lei continued. “In our co-chairmanship, I am not sure if I ever made a single decision without talking to Bill first.”

One of his students, Josh DeLacy, a recently-graduated writing and political science major, remembers how during the last interim, Vande Kopple had the idea to drive up to visit another off-campus English Interim class in upstate New York.

“And the whole ride there, we just talked. The radio wasn’t turned on once, because we shared about our lives. It was hilarious, it was wonderful, it was personal and it mattered. At that point, this isn’t a professor anymore: this is a friend.”

“I went out to New England with him for the Interim,” Schmidt started. “By the time you’re halfway through, you’re dead tired, you know you’re not getting sleep, you’re just going all day and I was ready to get on the bus and fall asleep.”

“[Vande Kopple] is in the back, gathering together a group, talking about amazing things, really intimate things, and loving that and being really good at it. That kind of messages what he did all the time.”

Vande Kopple also shared an extraordinary sense of attentiveness, whether it was through his attention to people or his accommodating personality toward his students, Zwart said.

“I think that what students most appreciated about him was that when you talked to him, you felt like you were the only person that he cared about. He was very attentive to students’ needs, whether they were academic or personal,” said Zwart. “He just really wanted to get to know you, to make you feel like you were valued, a valued part of the English department, of Calvin.”

“He would talk to us about how we need to believe in our abilities, that we were so able, and he preached that throughout the class,” said junior Kandin Unger.

Recollecting a moment in a past writers’ retreat, Vander Lei, who loved to fish, remembered how Vande Kopple once took her on a walk amid her hectic schedule in the kitchen to show her the fish in the lake.

An avid fisherman and outdoor enthusiast, Vande Kopple enjoyed sharing his cherished passion with his students and colleagues.

“Pretty much any conversation more than five minutes you had with him would come to fishing at some point or fishing with his sons. And you can see that in his professional writing, his memoir, fishing and religion stories are his more recent books and I think that’s a big part of who he is,” said Zwart.

As friends and colleagues begin to move into a life without Vande Kopple, his students remember the influence and inspiration he embedded in their lives.

“He leaves behind an amazing legacy of teaching and preparing teachers for the noble vocation of teaching. I am ready to be a teacher because of professor Vande Kopple,” said Baas. “He showed me Christ, he showed me love and he showed me what good teaching should look like.”

“The worst part of him being gone is that there are hundreds of thousands of students who will not have him as a teacher,” said Healy. “They won’t even know the opportunity that they have missed to have him as their professor, as their advisor, as their mentor. That is probably the biggest tragedy: all the lives that he didn’t get to be a part of.”

As colleagues celebrate the life of Vande Kopple, Schmidt reminisced on a memorable story that he said captured the heart of who Vande Kopple was to those around him.

“We had a colleague who was quite ill for years. His name was Ken Kuiper and Bill went with him and a group of people on a fishing trip out on the big lake,” Schmidt began.

“He was out on the boat, he was sitting and he catches this big honkin’ fish, but this fish got pulled under the boat. As Ken is going forward, Bill grabs him at the back of the pants; he just holds him,” laughed Schmidt.

“He doesn’t take the rod; he lets Ken do that, but he holds him to the chair and … that’s Bill, that’s Bill Vande Kopple. He lets you do it, but he’s there supporting you; he’s holding on.”

A funeral for professor Bill Vande Kopple will be held on Monday, July 8 at 1 p.m. at Alger Park Christian Reformed Church.

The English department will also hold an on-campus memorial service for Vande Kopple on Sept. 12 at 3:30 p.m. in the Chapel.