All-digital cable upgrade means some old TVs might not work 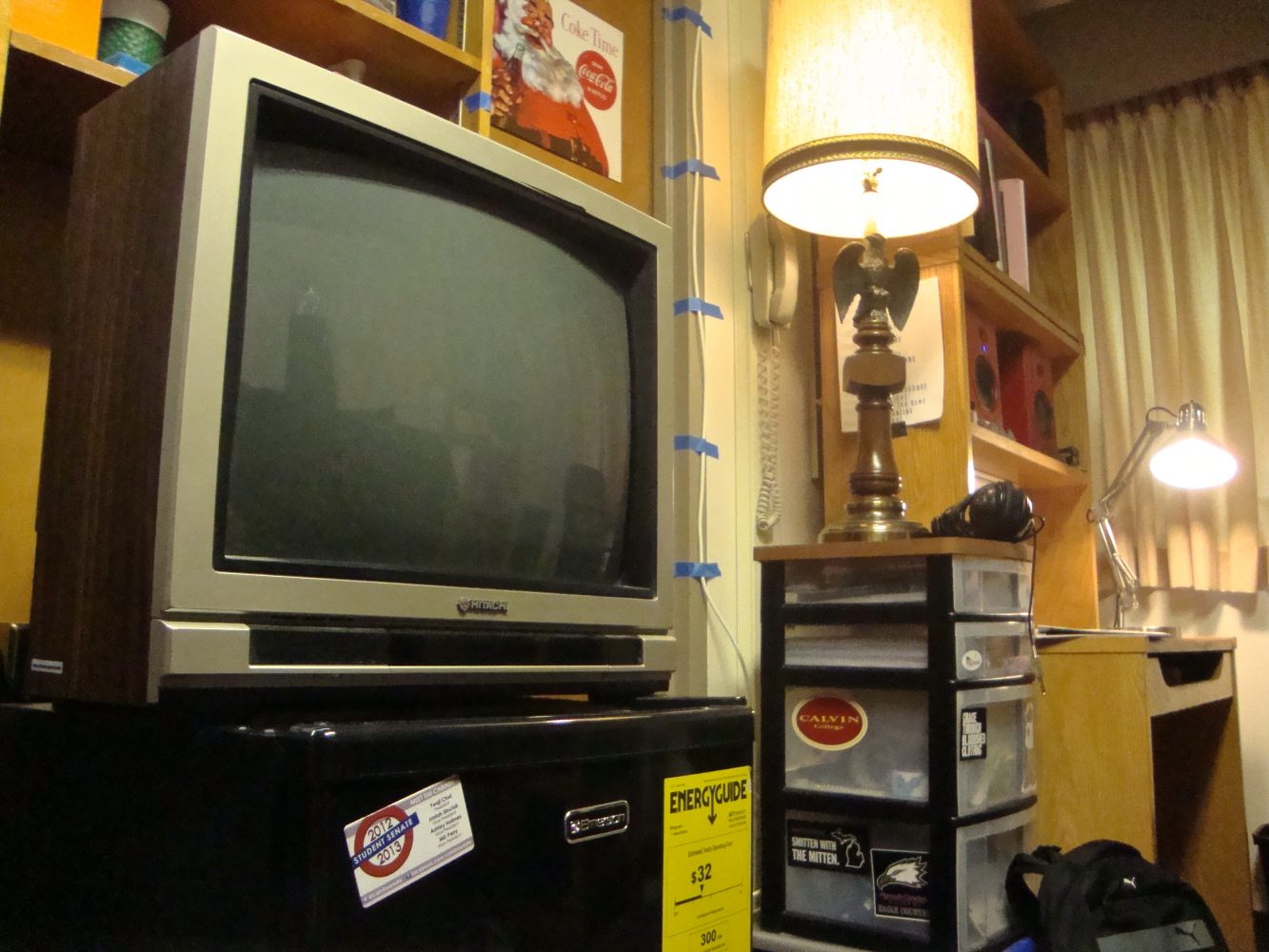 As of July 1, Calvin’s cable television will be switched to an all-digital system, meaning that students with older TVs may not be able to use cable without upgrading their TVs or systems.

Calvin decided to change the system because the current analog system of cable is becoming obsolete, said John Witte, dean of residence life.

As for the specifics of the change, students who wish to watch cable television must have a digital TV or another device containing a QAM tuner connected to their TV.

A QAM tuner is a newer digital tuner, now commonly used for all cable system broadcast reception. Most digital or high definition TVs sold after 2007 have this type of tuner, as do many DVD players.

Most people who want to watch TV will have an option, said Witte. He was unsure exactly how many students the switch will affect, but Witte jokingly noted that most students should be primarily worried about studying anyways.

Those students whose TVs don’t have a QAM tuner have four options to connect to Calvin Cable. They can:

Buy a new TV with a QAM tuner, for less than $200;
Buy an external QAM tuner called a Digital Television Adapter for around $100-$150;
Connect to cable using a device like a DVD player or a DVR with a built-in QAM tuner;
Buy a QAM tuner as a USB plug-in adapter, which can connect Calvin’s cable to students’ computers so that they can watch cable TV on their computer monitors.

Erin Tanis, a sophomore, said that she is disappointed that she will have to buy an adapter for her old TV, because she doesn’t quite use it enough to justify that kind of investment. However, Tanis felt that the change will enable her to waste less time and study more.

Daniel Paulson, a junior, has an old TV that wouldn’t be able to work without buying an additional tuner, and though he is moving off campus next semester, he doesn’t think the issue is too pressing.

Even though it will be inconvenient for people with older TVs, the switch to digital had to happen sometime, said Paulson. His only hope is that the new digital system will match the picture quality and warmth of the older system.