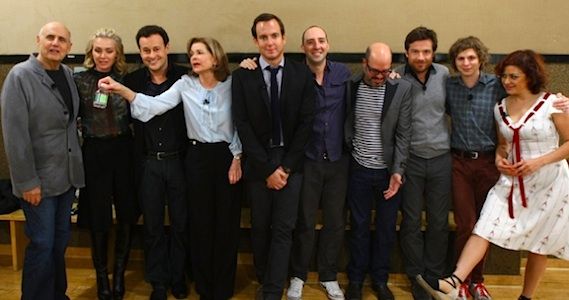 May 26, 2013 marks the glorious day that the Emmy award winning sitcom, “Arrested Development,” will return to our screens. After almost one and a half years of anticipation, the release date was finally announced last week. For those who don’t know, the show ended quite suddenly in 2006 after its third season despite its undeniable genius, cunning humor and plans of being moved from Fox to Showtime.

In an interview for Entertainment Weekly, creator Mitchell Hurwitz decided to bring the show to a close, saying, “In truth, I had taken it as far as I felt I could as a series. I told the story I wanted to tell, and we were getting to a point where I think a lot of the actors were ready to move on. My instinct was that it was over when Fox pulled the plug. I considered continuing the show because I felt I owed that to the fans. … I’m more worried about letting down the fans in terms of the quality of the show dropping for whatever reason, because it’s certainly not a large fan base …”

Well, the fan base has definitely grown since then. More and more people are discovering and rediscovering this absurdly amusing series with the good news of its return.

Arrested Development follows the life of Michael Bluth (Jason Bateman) one of the only seemingly normal members of his high society family. He has no choice but to stay and run his father’s, Oscar Bluth (Jeffery Tambor), business after he is arrested for illegal business practices. The audience watches as the family has to deal with losing its wealth and discovering how the real world functions. Despite its seemingly serious and morbid storyline, the show is filled with well-played, idiotic, humorous characters that the fans grow to love in the face of their unpleasing traits and annoying habits. There are endless amounts of ridiculous scenarios, inside jokes and guest stars playing bizarre recurring characters.

It is hard to believe that such a well-rounded and entertaining show couldn’t even make it to a fourth season. The truth is, despite its internal success, the show really did have a small fan base and it ran at a time before DVR viewership was counted or considered. I would also argue that the humor was a bit ahead of its time. I think that with the evidence of a small fan base, the humor was limited to a specific audience that enjoyed it. But television has changed since then, and I believe that the “Arrested Development” style humor is more mainstream and can have a similar feel as shows like “30 Rock” or “Flight of the Concords.”

Anyone who gives this cult show a chance will most likely find themselves instantly hooked. Its writing and delivery is some of the best I have ever seen on television. The entire series is on Netflix or Hulu Plus for those who wish to jump on the bandwagon before the new season is released. And for those who have enjoyed it once, twice, or maybe fifty times before, I encourage you to watch the series again because it is something you can never get tired of. There are always new things to notice and new jokes to laugh about. “Arrested Development’s” 15-episode season will be released all at once on Netflix on May 26.