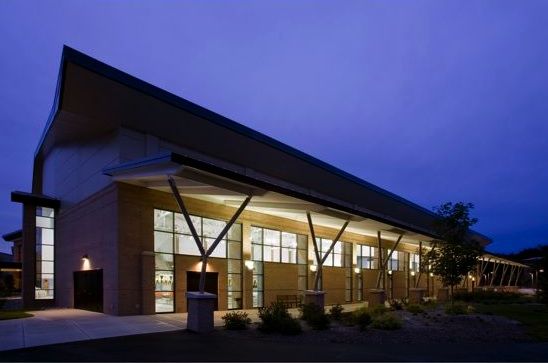 It is no secret that Calvin College is in deep financial trouble. What remains a secret, however, is knowledge of exactly how we got to where we are today. Yes, an independent, investigative task force has issued its report after months of “analysis and study,” but the full report apparently will not be made public.

President Le Roy recently issued a summary of the report for public consumption, and the chairman of the Board of Trustees has published a letter on the college website. While these two documents are certainly a step in the right direction, neither of them is acceptable as the final accounting of our current predicament.

After confessing that “stronger board oversight may have” produced a different financial outcome, the Board’s letter devolves into a diversionary lament over the insurmountable economic and systemic factors confronting “many colleges” today, implying that our current difficulties are in large part an unavoidable consequence of national trends.

But that just doesn’t wash. Painting a poodle to look like a pointer will never make a lap-dog hunt. Neither should these kinds of diversionary tactics fool us now.

It gets worse. The real problem we are told is that “Calvin has been living beyond its means.”

Excuse me? Undoubtedly, some people have been living the high life. Maybe the Board has been ordering pheasant under glass and caviar when they come to Grand Rapids for their oversight meetings, but I do not know any faculty or staff members who have been living high on the hog.

I suspect that a more apt summary of Calvin’s financial debacle would mention the Board’s lackadaisical contentment with living well below its institutional responsibilities. Where were their educated minds and budgetary acumen while this boondoggle was unfolding?

Their letter, quite noticeably, does not include a single jot or tittle of anything resembling an admission of responsibility, much less an apology to the men and women who will suffer the real world consequences of the board’s failure to provide genuine oversight.

The letter’s concluding benediction is especially offensive. I find no consolation in knowing that the board has prayed together, offering their “hearts to God,” asking for his blessing. The last thing we need right now is the repetition of more Calvin mantras.

How about a public confession that asks for forgiveness within earshot of the employees who will be joining the unemployment lines? How about a letter of apology to the students who will soon be dealing with class sizes larger than ever before?

Thankfully, Shirley Hoogstra, vice president for student life and a long-time cabinet member, has been exemplary in this regard, offering an example for others to follow by publicly apologizing before faculty senate.

The task force summary released by the president is very helpful and important, but it still has serious flaws. We are finally given an explanation of the investment scheme that got the college into this mess, but the description itself raises serious questions about the moral compass of Calvin’s past leadership.

For example, were donors told beforehand that the funds they were contributing to a college building project were actually being diverted into speculative investments so that the college could make a profit on their generosity? If they were, I for one would like to hear about it. If I were a donor, I would like to have known about this plan long before the ink was dry on my check.

I do not know if this is standard operating procedure for college capital campaigns. I do know that a friend of mine, the CFO of a local corporation with a Harvard MBA, was shocked when he learned about the re-routing of funds that got Calvin into its current difficulties. Is my friend out of touch with modern-day fund raising? Or should we be more than shocked at hearing this news?

If such investment plans are not standard procedure, then I would also like to know if the people responsible for hatching and implementing the investment scheme have been asked to apologize to the generous men and women who once believed in the mission of Calvin College.

The task force summary begs for these questions, and many others, to be addressed. Yet, it too lapses into a vague description suggesting that Calvin has fallen victim to an impersonal systemic failure devoid of any human agency.

To make matters worse, college employees who stand up and ask for direct answers to these questions are accused of searching for “scapegoats.” They have also recently been subjected to pious homilies about how unspiritual it is to ask for personal accountability in public.

The Biblical, theological, pastoral and psychological fallacies at the heart of these accusations would require a much longer article. Suffice it to say that the Christian’s responsibility to forgive those who sin against us resides just next door to the Lord’s injunction that we confess our sins to him and to one another.

Certainly, my responsibility to be forgiving is not contingent on anyone else’s confession of guilt. But when the sins requiring forgiveness are committed by the leaders of a group, and the consequences of those sins damage the group, then the group has God’s own warrant to expect that confession and repentance will be made to the group.

The discussion of sin and forgiveness also begs the question of whether personal offense is the most appropriate or useful category for addressing the social fall-out of Calvin’s problems. The entrenched confusion of “community” versus “institutional” paradigms in analyzing the college’s organizational issues has never been helpful. It certainly is not helpful now.

A battered wife who follows Jesus does need to forgive her (ex-)husband, but she is perfectly justified in reporting him to the police, pressing charges and expecting him to be punished to the full extent of the law. Certainly, members of an educational institution who learn that financial mismanagement has negatively affected their ability to do their jobs are not necessarily impious in wanting to know who was responsible.

Did the task force conduct a forensic audit? I assume they did. What were the legal conclusions, and what was their basis? Have legal actions been discussed? Has such action and a more thorough disclosure been waived after the signing of non-disclosure agreements? Why were Calvin’s financial records a disjointed mess when our new president arrived in town? Was this evidence of incompetence or an attempt to bury information as part of a cover-up? There is nothing un-spiritual about asking these kinds of questions and wanting to know specifics.

Yes, the financial task force report clarifies the organizational mechanisms that brought Calvin College to its current financial crisis. But looking forward to a healthy, communal future will be difficult, if not impossible, as long as the sins (or should we say, standard risks? negligence? irresponsible behaviors? criminal acts?) of the past remain shrouded in secrecy.

How can we collectively anticipate a better future when we are denied a full accounting of the past? We are asked to trust the powers that be, but misplaced trust is part of the problem that got us to where we are in the first place. There may be room for discussion about what level of specificity is feasible in public conversation, but that question has not been explicitly addressed in either of the recently released documents.

If the promise of transparency does not extend into the past as well as all the way to the top, then that promise is not only empty, it is potentially toxic.