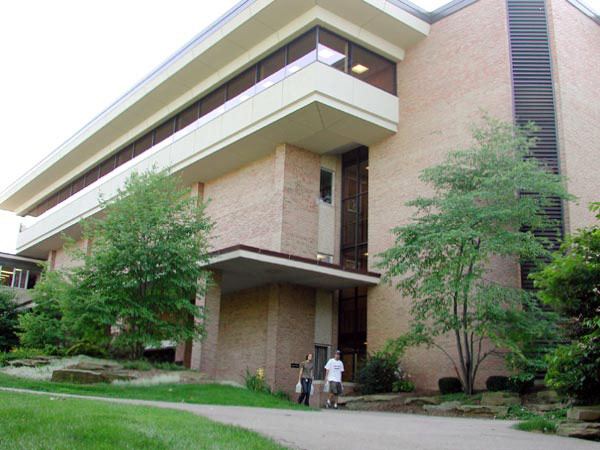 Maybe it was the intense Philadelphia heat that drew me into the modest old meetinghouse. Perhaps it was historical curiosity — Philadelphia can be intoxicating for historians — or the quiet calling of what I name God. Whatever it was that took me into that place, I came out more uncertain of my position within Christianity than ever before. Since the beginning of this academic year, I have known that I was leaving the Reformed tradition, and much that passes for accepted Protestant orthodoxy, behind. This leaves me with significant and essential disagreements with Calvin College’s confessional heritage and the vast majority of its institutional messaging.

Nonetheless, I am mostly at peace with those disagreements, and so I have not come to criticize one of Calvin’s positions. I could certainly dispute some of those, and finding students and communities that could support a budding Christian deviant was a challenge. That said, my experience here as a progressive Christian has been a largely positive one. As a matter of fact, I have Calvin — just as much as the Quakers or the Internet — to thank for my departure.

How could this be so? While Calvin has a strong foundation in the CRC’s confessions and scriptural interpretations, and does an admirable job of sticking to that message while allowing for marginal deviation from it in the name of academic freedom, they left one building untouched. Classrooms and curricula might be saturated in Calvinism, but what of the Hekman Library? I can with a high degree of certainty state that that superficially stodgy, conservative building is a hive of heresy. Lovers of liberalism and alliteration can follow me in calling themselves Hekman Heretics.

It started with visits to the fourth floor. Books about American religious history, especially those telling the stories of the Quakers and Unitarians, showed me that these are deep historical traditions with both intellectual integrity and a track record of advancing the American conversations about matters from Scriptural criticism to slavery.  Philosophical theologies like those of Charles Hartshorne and the “death of God” movement presented a vision of Christian faith that attacked the problems of faith in modern life without automatically assuming that traditional interpretations should hold sway. What’s more, book after book enriched my own understandings of faith in ways that made sense to me. For the first time, I could speak about religious matters openly without feeling embarrassed by their incongruity with so much of my own experience. I am now simultaneously more strongly committed to Christianity and more heretical than ever before.

Becoming a Hekman Heretic can feel like a lonely proposition. Even Hekman’s fourth floor is packed with Calvin seminarians who are arming themselves against the very arguments you hold dear, destined to preach good old-fashioned orthodoxy in some church or another. Good for them, you might think, but where can I find some decent conversations about this matter?

Every Hekman Heretic should start with the books. That will, however, soon grow tiring without a supportive community. Many people at Calvin do have more liberal theological views, but corralling them is harder than herding cats. It is easier, unsurprisingly, to find a sympathetic church community in the area. Despite the sheer density of forbiddingly orthodox congregations, one can find some communities that can offer support for those of a more progressive theological bent. Those inclined toward a more traditional service with liberal content might gravitate toward the beautiful architecture and beautiful aural and visual liturgy of Fountain Street Church. While it lacks ties to any denomination, it is rooted in the centuries-old American liberal religious tradition. If you find yourself more inspired by the sermons of William Ellery Channing than Jonathan Edwards, that might be the place for you. A smaller Unitarian congregation, All Souls Community, also meets near campus. While these churches are not actively hostile to traditional Christianity, they certain fall outside of that stream.

One small note to those who might feel intimidated by the thought of going to a Unitarian church: not too long ago — only a couple of centuries back — Unitarians were old-guard Puritans. They were so-called “standing order” churches in New England that rejected Calvinist doctrine but kept the relatively sparse liturgical tradition and intellectual emphasis. I have found that the cultural overlap between the Christian Reformed and Unitarian Universalist traditions to be quite large, and the forms of the service will likely be quite familiar to most Calvin students. The situation is more complicated than I can discuss at the moment, but any Hekman Heretics would do themselves a favour to look at the fascinating and often eerily similar histories of our two denominations. Schismatics are schismatics, whatever their orientation.

Perhaps leaping into the multifaceted, pluralistic world of Unitarian Universalism is a step of faith too far. Forming a perfect bridge between the sometimes freewheeling eclecticism of the Unitarians and the elastic, grudging tolerance of, say, the United Methodists lies the United Church of Christ. There happens to be one close at hand, East Congregational, and if one looks past its unfashionable website one could find a Christ-centred but flexible church, with strong preaching and a beautiful old worship space.

My own trek into creedless Christianity led me to the Grand Rapids Friends Meeting, a small, dedicated group of Quakers who worship in silence every Sunday morning. It is a unique experience, sitting in communal silence and opening up to listen to and receive the Word. Egalitarian — there are no paid clergy — and existing in a living tradition that stretches back four hundred years, Quakerism can be a the conduit to a more introspective and expansive faith.

I would urge the Calvin community, particularly the institutional authorities and Campus Ministries most especially of all, to recognize that there are lively religious discussions going on on campus. Many of these straddle or even fall outside the discursive boundaries of Christian Reformed theology. Helping all students, orthodox or not, religious or not, find their place here is a challenge I hope Calvin College has the courage and foresight to take on. Just remember: there is always the library.