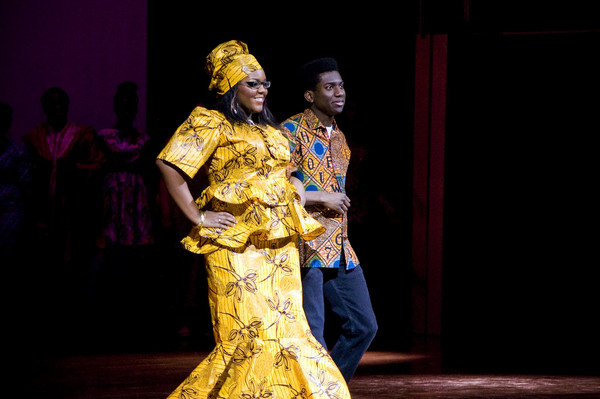 Rangeela, often one of the most highly-anticipated events of the semester, will take place on Feb. 22 and 23 at 8 p.m. This year’s show includes 11 acts, showcasing stories, dances, costumes and drama of different cultures, including African, Indonesian, Chinese, Indian and Mexican. Rangeela will also feature a Navajo number for the first time in the program’s history this year.

Rangeela, which means “color” in Hindi, has been held as a celebration of international culture and diversity at Calvin since 1995.

“Here at Calvin,” explained assistant director of Rangeela Ari Davis, “there is a rich variety of students and staff and faculty with incredibly diverse backgrounds. Rangeela allows members of the Calvin community to express elements of their culture.”

Calvin has the sixth largest international student community among liberal arts colleges in the U.S.

Kkushboo Gulabrai, the leader of the Indian act and a Rangeela committee member says that Rangeela offers a marvelous opportunity to international students.

“For once the international students are not a minority, but rather a majority. It is a way to feel at home while being away,” she said.

But, Gulabrai explained, “Every year, more American students take part in Rangeela, which is a great way for them to expose themselves to different cultures through dancing, acting, costumes and music.”

The Rangeela executive team members are excited for this year’s theme: “study abroad.” Rangeela committee executive director Adaeze Nwadike says the team struggled to come up with a good theme.

“We wanted Rangeela to be an educational experience for everyone [this year]. Even in the international community, we may not know much about other cultures besides our own.”

2013’s Rangeela will have a slightly different format. Instead of having several disconnected acts, the whole show will be connected with one overarching story in which the MCs act as characters.
The Rangeela committee hopes that everyone will learn a lot.

“But,” adds Nwadike, “we also want it to be fun and something college students to relate to.” The committee believes the idea of “studying abroad” will resonate with everyone.

“We are so lucky,” said Nwadike. “We don’t have to go outside to find diversity. [At Calvin] we are a sample of God’s bigger community. At Rangeela, we can learn about ourselves.”

“We have all come from places and been to places that have shaped us into who we are at this moment in our lives, and we are here in this space called Calvin College with a mandate from our Creator to love each other.

Part of loving each other is listening to each other’s stories, understanding and appreciating what the other person brings to the fabric of our world. Rangeela is an event that allows this to happen.”

Tickets for Rangeela are available for $5 with a student ID at the box office. Rangeela consistently packs a full house; students are advised to pick up their tickets as soon as possible.