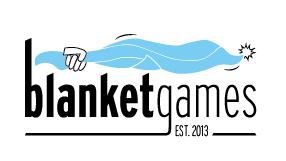 Matt Jarrells, a resident of Grand Rapids, recently launched Blanket Games, an independent card game company, to sell A-List, a card game that he invented himself. The company handmakes all copies of the game on order, along with a personal note of thanks, as well as offering a downloadable, printable PDF version of the card game.

Jarrells took his idea for a card game to Startup Weekend Grand Rapids, which was held on Jan. 18. Startup Weekend is a non-profit organization based out of Seattle which organizes events in cities across the globe which bring together entrepreneurs to pitch their ideas to each other, with teams of entrepreneurs forming around the best ideas and engaging in a three-day process of business creation.

Jarrells’ prototype of a card game was chosen as one of the best ideas, and over the weekend, Jarrells says that he “gathered a team of creatives who helped turn my card-game prototype into what is now ‘A-List: Startup Weekend edition.’”

“I also met a WordPress developer who set up my website and online store (blanketgamesmi.com) — for free,” Jarrell says of the hectic weekend. “We got some photos of playtesting, made some logos and didn’t sleep much. I woke up Monday and incorporated my business.”

His debut game, A-List, is a three- to six-player game in which players compete to make films in different genres, release them to the box office and become the most popular actor.

Matt Jarrells is very excited about the game and wants to expand the business. “I’m still dreaming of making my follow-up games but first I have to build the debut into a success,” he says.

He’s currently handmaking all of his games, but he doesn’t want to continue to handmake forever, because it’s very expensive and time-consuming. He hopes to be able to produce the games in a professional way some time in the future.
“The experience has been an eye-opener about the real cost of making a product,” he said.

But despite the speed with which he started the business, and the occasional road bumps, Jarrels has still enjoyed his business.

“Best of all,” he says, “I’m getting out, meeting new people and playing games with them.”