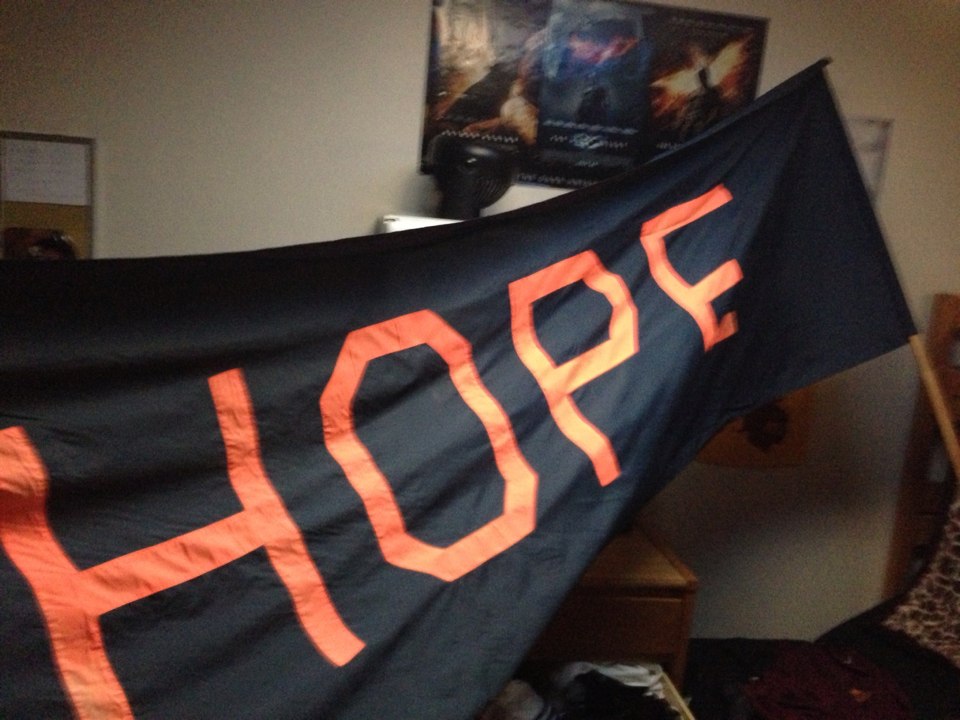 Bill Corner, director of campus safety, declined to speculate on what the charges or penalty may be. He said that he was not aware of any criminal charges being filed in the case.

“I believe [Hope officials] see this for what it was, a prank,” said Corner. “I believe they are just happy to get their banner back without serious difficulty.”

Jane Hendriksma, dean of judicial affairs at Calvin, did not immediately respond to a request for comment.

“When the investigation is completed, campus safety will be submitting the report to the dean of judicial affairs for review and to determine what disciplinary action should be taken,” said Corner.

Campus safety first found out about the banner after a Hope official approached a campus safety officer during the second half. The official suspected Calvin students might have been involved.

A contract security guard saw the students running through the arena with the banner. However, he thought they might have been Hope students preparing to run through the Van Noord arena with it in response to chaplain Mary Hulst running around the court with Calvin’s flag.

Corner couldn’t give many details on how officers recovered the banner, but said that they found the location after the students involved posted a photo of the banner on Overheard at Calvin, a popular Facebook group.

In an interview with Chimes, the students said they had hung the flag on the ceiling in their dorm room. They said campus safety came to their dorm around 12:20 a.m. Thursday morning and confiscated the flag.

Corner said the officer recovered the banner “without incident.”

But this isn’t the first time Calvin students have been involved with a prank with Hope’s banner.

At a rivalry game in 1987, Calvin students lifted the Hope banner just prior to tipoff, but the banner had been altered to read “NO HOPE” instead of “GO HOPE.”

“Eventually order was restored and Hope got the banner back,” he said. “Thankfully nobody got hurt, but it did cause quite a commotion.”

Corner said that Calvin has a history of clean pranks, and he advises students to keep their pranks harmless and fun.

“Pranks are intended to be fun and funny, but not mean-spirited,” said Corner.

“I would advise students that they should stay away from doing pranks that involve illegally entering a building, damaging either college or private property, taking property which does not belong to them, or any pranks which are mean or hurtful to any individual or group of individuals,” he continued.