Eastown Ministries reach out to community 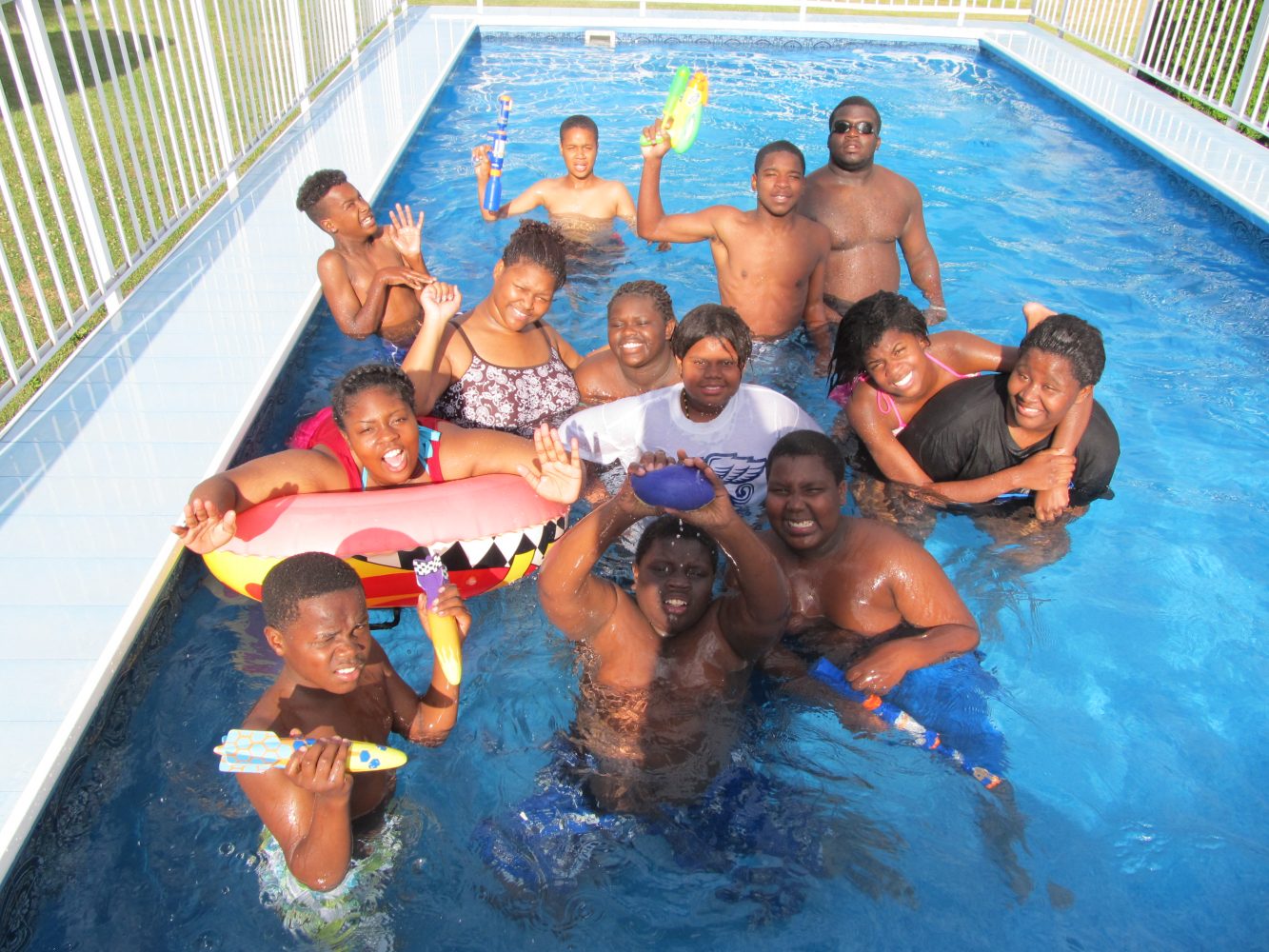 Photo by Jim and Carol Carpenter.

At Eastown Ministries, a punching bag hangs next to a painting of a cross.

“We’re between the street and the church,” said director Jim Carpenter. “The kids aren’t going to go to church, but they’ll come here, because we’ve got basketball programs and stuff they want to do, and they’ll come as they are.”

Eastown Ministries, led by Rev. Jim and Carol Carpenter, offers a Christian message to a community where shootings, teen pregnancy and drug abuse are regular occurrences. The nonprofit ministry is located at 610 Benjamin Ave. and hosts high school, middle school and elementary programs, as well as an adult Bible study.

Attendees are almost all African-American and most come from broken homes.

“This may be their only connection they have to anything spiritual,” Jim Carpenter said.

“When we first started here, the neighborhood was much rougher,” he said. “We used to have kids that would start fights … we had police cars here like every Thursday, because they knew we had a lot of teens coming, but sometimes they didn’t all get along.”

“Things have changed a lot over the years,” he added. “We’ve got a good group of teens.”

On Thursdays at 5:30 p.m., Eastown Ministries offers Mid Point, a middle school program with Bible lessons, games and basketball. An hour later, it hosts Teen Night, a high school version. After Teen Night, the students can either sing in the Girls of Grace program or play basketball — if they memorized a Bible verse and recited it to six adults. Mid Point averages about 25 attendees; Teen Night, around 20.

On Tuesday from 4:30 to 6 p.m., about 30 children, ages 4-11, attend Fun Night, a program complete with singing, memory verses, games and snacks. Later in the evening, roughly a dozen adults participate in a Bible study.

“We want them to feel like they’re safe here,” Jim Carpenter said. “This is a place where they’re accepted and loved … and sometimes they don’t necessarily feel that at home.”

Eastown Ministries also has a team in the Hoop City Basketball League, which runs from November through February. It hosts other events as well, including lock-ins, movie nights and pool parties.
In January, the Carpenters hope to start a job-training program for teens in cooperation with Wegewood Christian Services.

“We look at it as, if we have a kid, there’s this window of opportunity,” Jim Carpenter said. “24/7 when they leave here, they have a lot of negative influences: drugs, a lot of the neighborhood people — we used to have a lot more gang stuff going on … Just a lot of things to pull them the wrong way.”

Jim and Carol Carpenter began volunteering with Eastown Ministries in 1997, which was then headed by Gordon and Eileen Brouwer.

In 2001, the Brouwers retired. During the search for a new director, Jim remembered thinking, “Here we are, a small ministry. We don’t have any money to pay anybody, so who in the world is going to basically give full time to do something and not get paid?”

Although Jim did not consider himself a “kid-person,” he and his wife stepped up. They are supported by InFAITH, an American mission organization. About a dozen volunteers work with the Carpenters and various guest speakers present messages during the evening programs.

“We talk about making choices a lot,” Carol Carpenter said. “The consequences of bad choices and the blessings of good choices.”

The Carpenters have a Baptist background, but Eastown Ministries is nondenominational. Volunteers are primarily Christian Reformed, Reformed and Baptist.

“We don’t feel a passion for working in our own basically white, middle-class church,” Jim Carpenter said. “We’re much more interested in working with the inner-city kids, with all their problems and broken homes.”

“We’re not picking them up and taking them up to white, middle-class America and saying ‘here’s how Jesus works,’” he explained. “We’re in their neighborhood.”