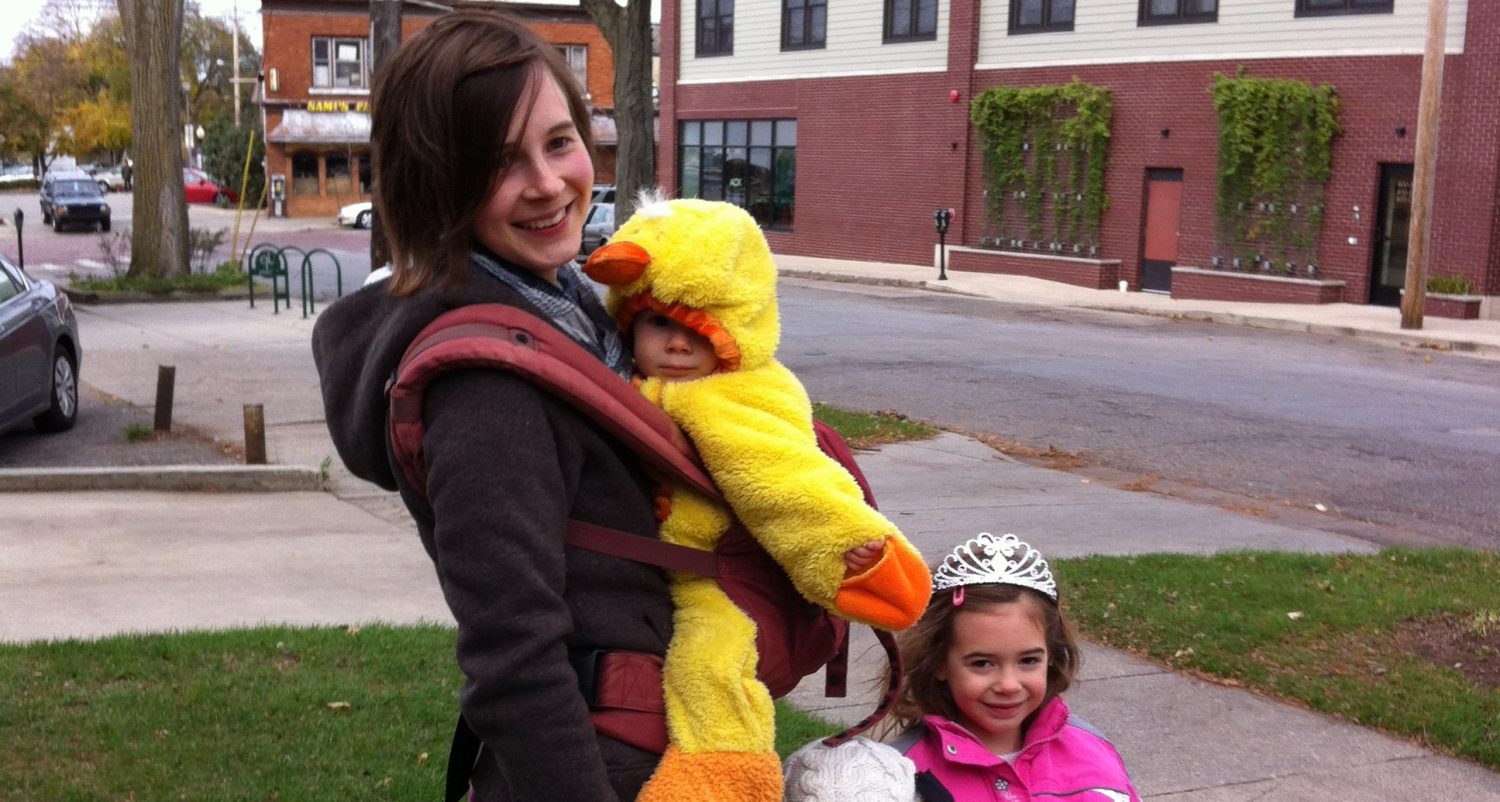 Eastown trick-or-treaters showed off their costumes in the business district on Monday, Oct. 29.

Almost 20 businesses passed out candy to dozens of families from the surrounding neighborhood during the Eastown Halloween Walk, organized by the Eastown Community Association (ECA).

“Our goal is to create a positive space for Eastown residents to interact with their local businesses and meet their neighbors,” said Ryan Waldron, a volunteer on the Eastown Special Events Committee. “Our hope is that this will increase neighborliness and a sense of community and belonging and encourage engagement with the business district.”

ECA has hosted previous Halloween walks, but the event has grown since its initial years.

“Now we have a lot of kids,” said Olga Benoit, of Caribbean restaurant Chez Olga. She has participated in the walk since she opened her restaurant in 2010.

“It’s fun,” Benoit said. “You just do the best you can to help the kids get candy. It’s a day for them, to just be happy with them for the day, you know? It’s the kids’ day.”

Most businesses received around 50 trick-or-treaters during the two-hour walk.

Participants included Eastown Antiques, Harmony Brewing Company, Radix Tavern, Wolfgang’s and many others.
“It’s a little bit different every year, who’s open and who’s not,” said Alicia Nkugba, as she and her children walked down Wealthy Street.

Some businesses that normally prohibit minors made an exception for Monday’s event. Nkugba had no concerns with her children trick-or-treating at bars.

“[The kids] are not in there for very long, you know,” she said. “They’re in there, and they’re focused on candy. They’re not looking at anything else but the candy.”

Trick-or-treaters ranged from kids in strollers to young teenagers. Costumes included an angry bird, an old man with a cane, a cardboard bulldozer and a host of other characters. One family followed a Star Wars theme, and another child wrapped himself completely in fake spider webs.

“The response we got from participating businesses has been very positive,” said Waldron. “They sound excited to get involved. I would guess that they see the event as a good marketing opportunity, but also as a way to give back to the community that supports them.”