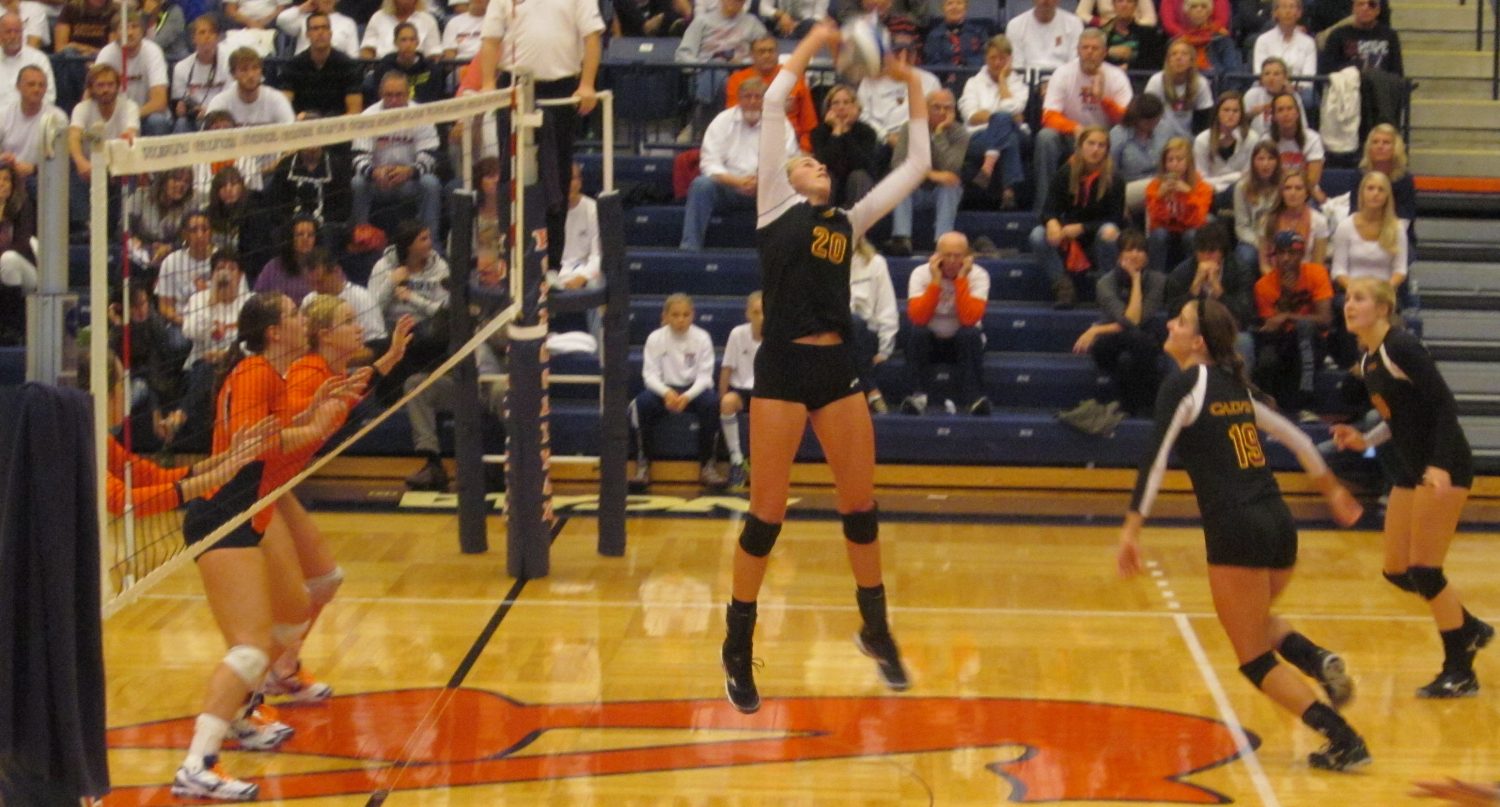 “We struggled over the weekend,” said coach Amber Warners, referring to the team’s second loss of the season last weekend. “Winning today was a great rebound for us. We came out and played very well.”

Calvin started the intense rally by scoring the first point in the first match. The two teams battled back and forth throughout the rest of the match, but Calvin eventually come out on top with a 25-22 win.

The passionate game play continued into the second match. Again, the Knights scored the first point then rallied back and forth as the Dutchmen fought to come back from their first loss. After a long battle however, the Knights again gained the victory with a score of 25-21.

The Knights dominated the last match, pulling ahead right away with an 8-0 lead. Hope, however, fought back until the very end, making it a score of 25-18 the last rally of the match.

Freshman Maggie Kamp was able to deliver a rocketing kill which led to the 25-18 win for the Knights in the last match and gave them the overall win.

“It’s really great being a freshman playing with the varsity,” said Maggie Kamp. “At first it was a little different, but it’s really normal now. I feel honored and special to get to play with these girls every day. We have tons of fun together.”

With their win over Hope, the Knights put a firmer grasp on the first-place spot in their league standings.

“We’re ahead two games in the MIAA league now,” said Warners. “We have three conference games left, but I feel that if we come out and play every game one at a time we will be successful. And winning our league would be a huge thing for us in the region.”

Lizzie Kamp led the Knights in kills, earning 18, while sister Maggie Kamp followed close behind, earning 13 and getting the final kill that won the game. Junior Megan Rietema led the team with 16 digs and 37 assists, Lizzie Kamp came up with 12 digs and junior Kristen Zietse dug out 11.

“This win puts us in a really good position for number one in the conference,” said senior Julia Hilbrands. “We came out with a fire which we can hopefully carry with us the rest of the season and to the tournament.”

The Knights’ volleyball team has three conference games left until their season.

“We’re taking everything one game at a time,” said Warners. “We’re doing really well this year and I feel very blessed to get to work with these bright Christian girls every day, it’s one of the best jobs. So right now we just hope to go one game at a time and get as far as we can.”